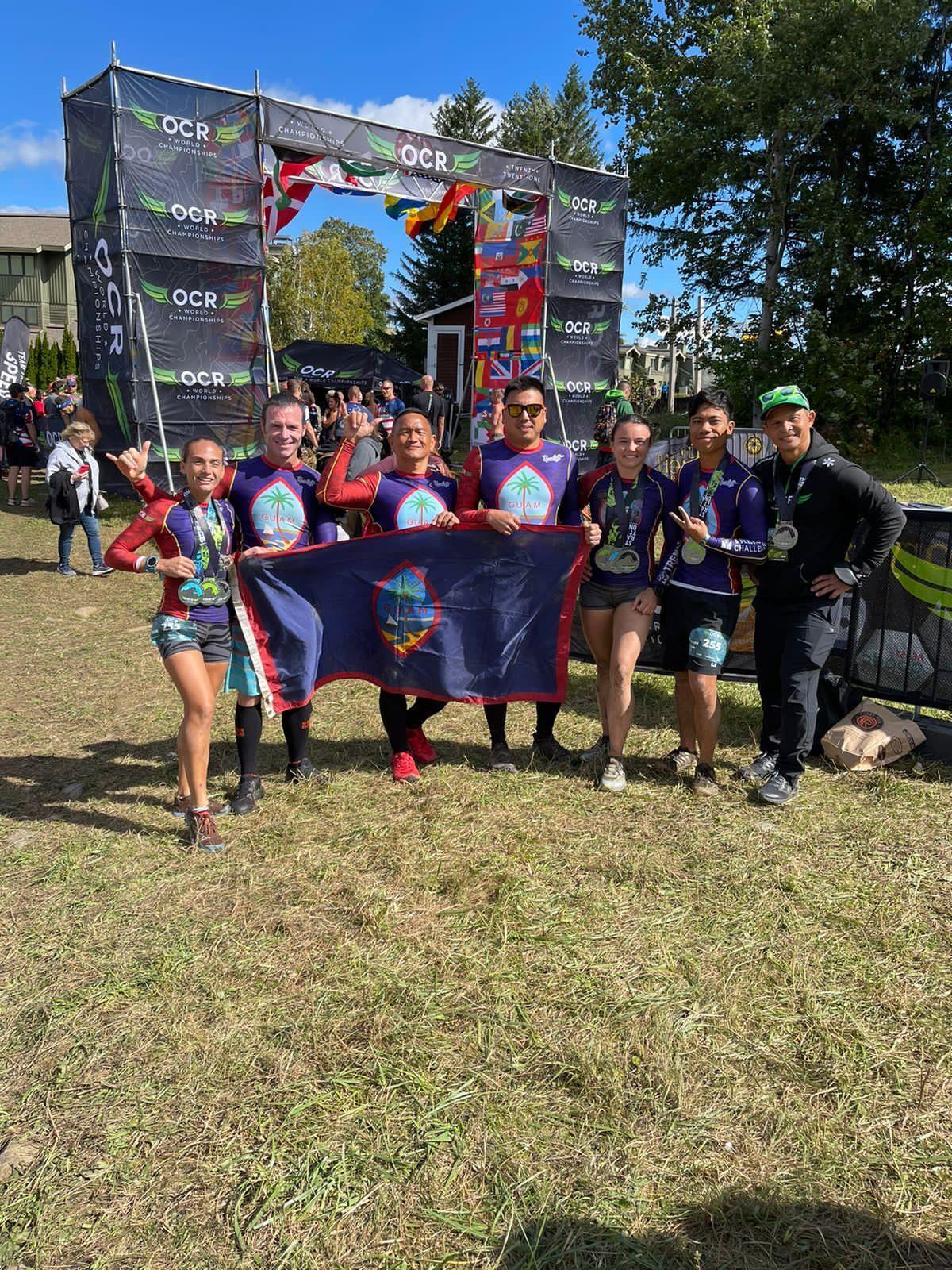 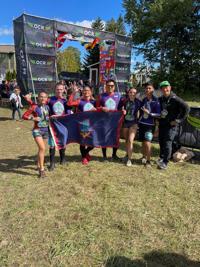 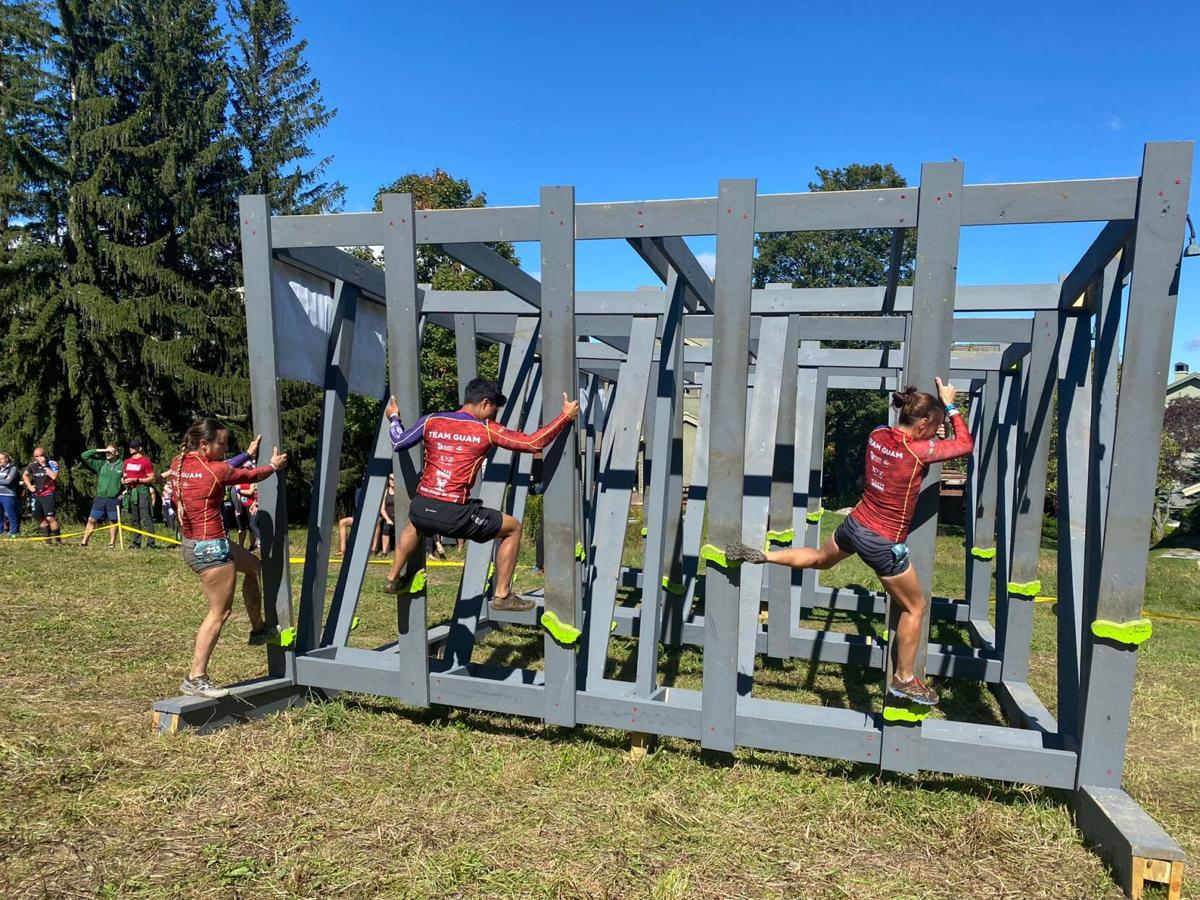 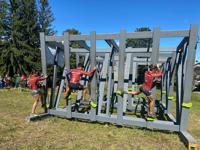 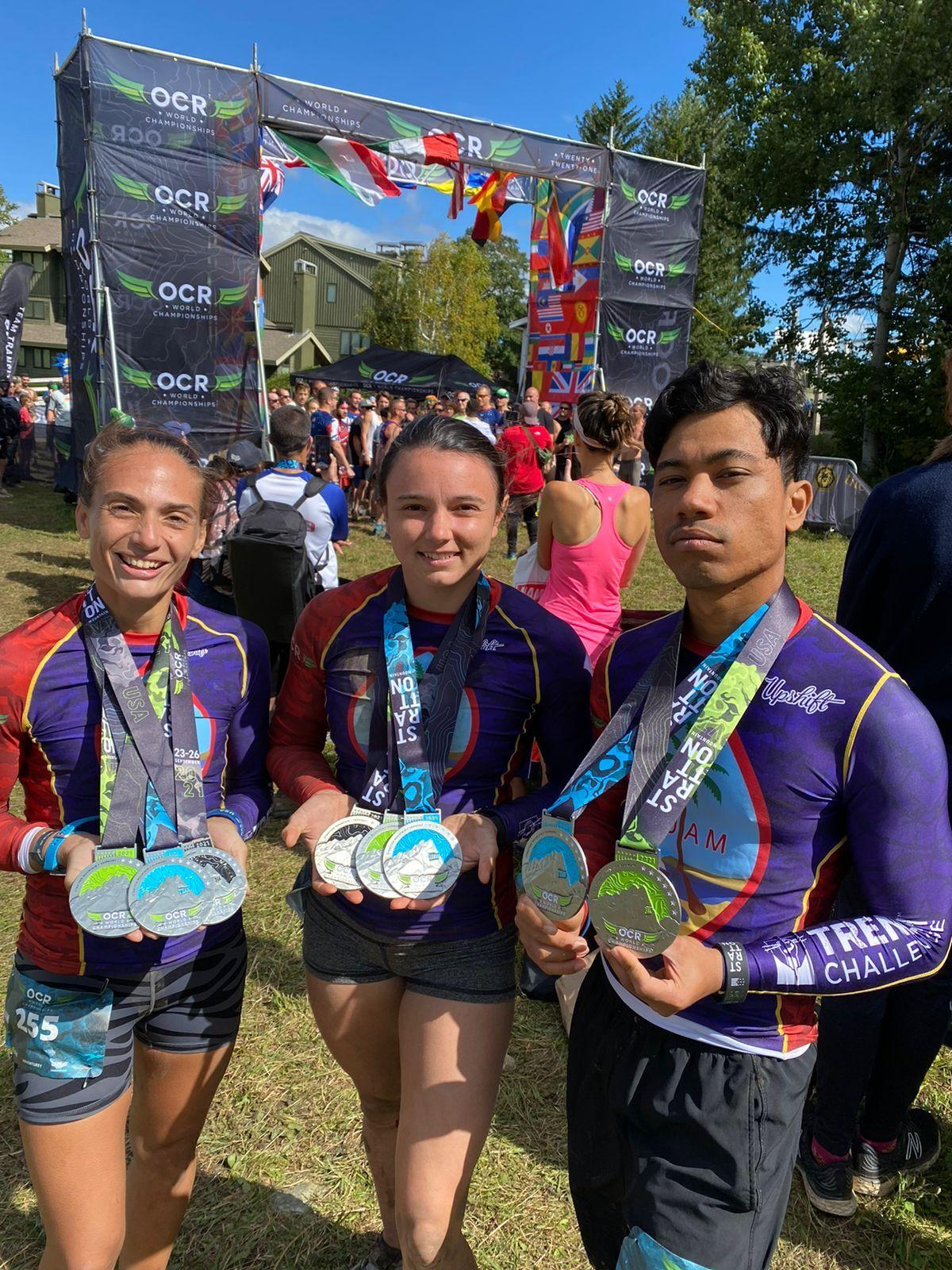 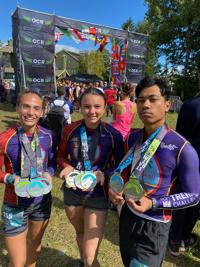 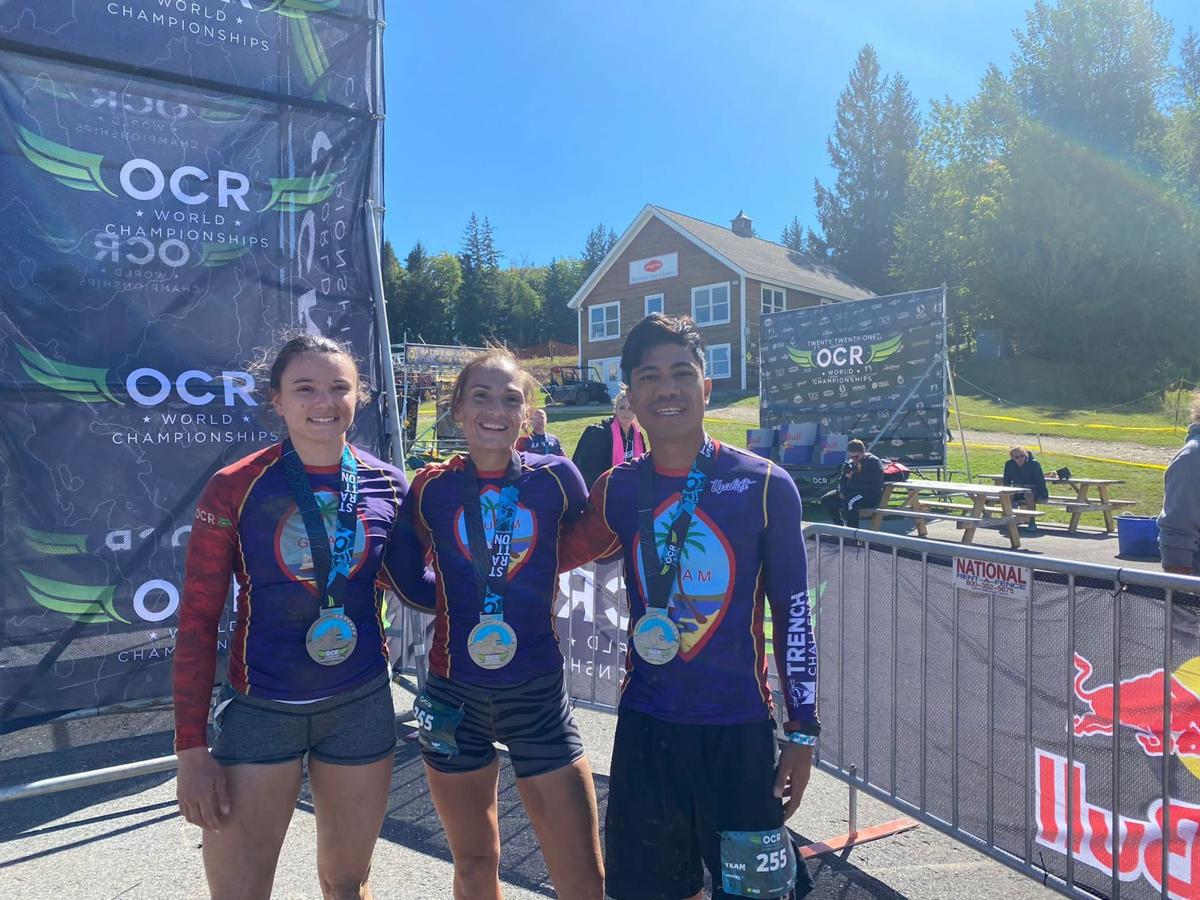 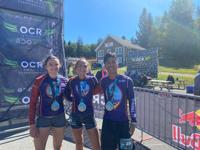 Among the 5,000 competitors from more than 70 countries at the 2021 Obstacle Course Racing World Championships in Stratton Mountain Resort, Vermont a small Guam contingent was eager and hungry to prove their mettle and test their worth against the world’s best.

A mix of veterans and youth, the seven athletes – James Sardea, Mike Quitugua, Tiela Roland, Jeff Rios, Tom Akigami, Tim Wenden and Sharon Hawley – the competition was an opportunity to blend knowledge and gain experience from some of the world’s best OCR competitors.

“The best part about the competition was meeting and talking strategy with the other athletes,” Quitugua said. "Since most of us faced the same challenge we could easily identify with each other’s struggles. Everyone was nice and supportive even though it was a competition.”

He did pretty well in Canada, he said, placing in the top 30% of the Pro Division.

Armed with a background in parkour, Quitugua said he enjoys the dexterity and agility that come with OCR competitions.

“None of the obstacles gave me any struggle in regards to the 3K race. The only issue I had was running/walking up the ski slope,” he said of his efforts on the 3K competition.

Looking back, he attributed his time to a lack of training because of an injury.

“Since it’s a sprint, my upper body was pretty pumped from giving maximum constant effort,” he said.

The event, however, was a great experience and a chance to stoke the fires of camaraderie and competition, he said.

“Since I’ve traveled and raced with most of my team members and support crew, it felt like going on a family trip,” he said of his teammates that make up Urban Fitness. “We all faced injuries and illness going beforehand, but we all managed to finish the races.”

Like most professional races, Quitugua wanted to ensure a huge thank you went out to his sponsors and supporters – all of whom made it possible for him to travel to Vermont and compete among the world’s best.

“I’d like to recognize my sponsors, BellaWings Aviation, 2cofly (pronounced ecofly), and Aligned Chiropractic for the financial, verbal, and recovery support. As well as Urban Fitness gym for the training,” he said. I would not have been able to do my best without their help. As well as the rest of my team for all their personal contributions.”

There isn’t anything that Sardea can’t do. The 51-year-old cycles, runs ultra marathons, competes in Spartan challenges and races OCRs.

“Working out has been a part of my life because of Urban Fitness. I try to excel in every sport I train for to keep my body fit and healthy,” he said.

But, Mount Everest is starting to call him, he said after competing at the OCR World Championships recently.

(It) is something on my bucket list. I will have to train and get my body ready for that,” he said.

At the OCR in Vermont, Sardea raced in the 15K/40 obstacles Pro Division. His goal?

To beat the elevation and ensure he got his completion band.

“The obstacles! They really made new obstacles that were challenging. Completing the 40 obstacles was a thrill!,” he said.

“People said the elevation wasn’t that bad but I come from sea level of Guam. The less air really got me and that is was the hardest part of the race for me,” he said.

OCR events are a unique fitness competition, he said, a true test of an athlete’s mental edge.

“It’s just you against the terrain and obstacles. It’s a mental game that needs strength and cardio to finish. Getting faster at completing the race makes me want more,” he said.

As the owner of Urban Fitness, Sardea said OCRs are more in line with his philosophies and methodology towards competition and fitness.

“It’s a full body workout needed but you must keep your body mass and fat low. It’s too hard to be slim body or a bodybuilder to get through the race,” he said. “You must be a trimmed down body machine, if you want to finish the race strong.”

Yes, he said, running fast is important. But, a runner’s body type won’t do well, he said, citing the grip strength and athleticism needed to navigate the obstacles.

At 51, Sardea said there are no plans to quit – his goal is to demonstrate the power of fitness and the key to healthy, happy living.

“My health,” he said, when asked why he continues to push his body. “I thought before I would die young because my lifestyle was to eat and drink any thing I want. Now I eat and drink healthy with occasionally cheat days because I exercise daily. I really want to also prove that age is nothing but a number.

Like Quitugua, his OCR foray would not have happened without his sponsors and supporters.

“I would like to Thank Urban Fitness Guam and my members who push me. Also the Team Guam participants of the OCRWC. They helped make this event something to remember and be ready for OCRWC 2022!,” he said.