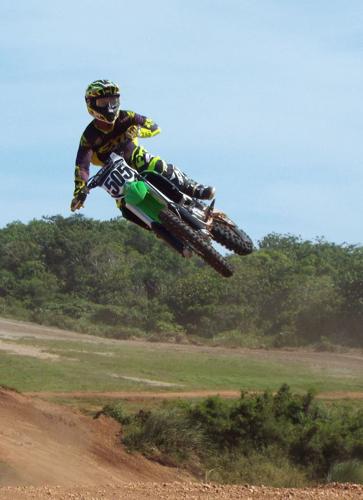 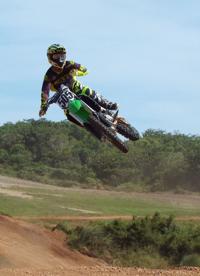 MOTOCROSS IN MICHIGAN: In this file photo, Sean Lipanovich soars over the finish line in his second heat in MX Big Bikes at the 2017 APL Smokin' Wheels at the Guam International Raceway in Yigo. Lipanovich, Benny Bloss and Joshua Varize will represent Guam at the FIM Motocross of Nations Sept. 23-25, in Redbud, Michigan. Post file photo 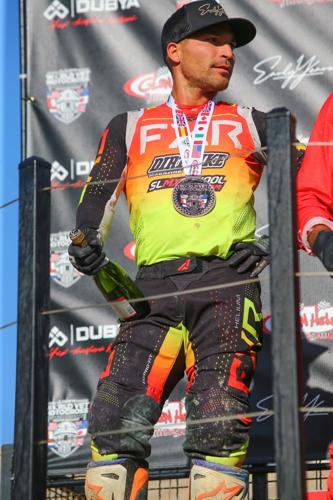 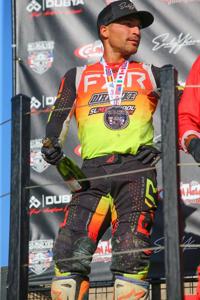 MOTOCROSS IN MICHIGAN: In this file photo, Sean Lipanovich soars over the finish line in his second heat in MX Big Bikes at the 2017 APL Smokin' Wheels at the Guam International Raceway in Yigo. Lipanovich, Benny Bloss and Joshua Varize will represent Guam at the FIM Motocross of Nations Sept. 23-25, in Redbud, Michigan. Post file photo

A trio of racers representing Guam will go up against more than 30 other nations in the FIM Motocross of Nations (MXoN) later this month.

“MXoN is the Olympics of motocross, where countries with the best of the best racers in their respective countries gather once a year,” the Guam Motorcycle and ATV Corporation stated in a news release.

Guam’s Sean Salas Lipanovich will be joined by Benny Bloss and Joshua Varize. The three racers will go against 37 other teams on Saturday, Sept. 24 in Redbud, Michigan, according to Guam Motorcycle and ATV corporation.

“Guam Motorcycle and ATV Corporation, the National Motorcycle Federation in FIM (Federation Internationale de Motocylisme) is going to the FIM Motocross Of Nations (MXoN) for the first time in history,” the corporation stated.

With only 20 teams going on to race on Sunday, Sept. 25, the Sept. 24 qualifying races are crucial. The local motocross organization stated in a news release that Team Guam has a very good chance of placing in the Top 20.

“All three of our riders are very consistent riders,” Guam Motorcycle and ATV Corporation officials stated in its release.

Lipanovich, a professional rider and owner of SLMX Motorcycle Riding School, was born and raised on Guam. He will race in the open class.

Bloss, another professional racer, will compete in the MXGP (MX1) class.

“I’ve been racing professional for seven years. This will be my first time competing at MXoN and I’m very excited to go there and represent Team Guam,” Bloss said in a release.

The Guam Motorcycle and ATV Corporation recruited Bloss and Varize through Pete and Sean Lipanovich, according to the corporation.

“There were many other riders wanting to be on Team Guam, but the selection was made and we feel we have a very solid and consistent team,” Guam Motorcycle and ATV Corporation stated in its release.

Sean Lipanovich, Bloss and Varize have since completed the required licenses and qualifications to race.

Burgess, Pete Lipanovich and the racers will represent Guam in Michigan along with a support team of 11 people.

The Guam Motorcycle and ATV Corporation stated Team Guam’s strategy “is to race within their comfort zone in the beginning, then slowly build up speed while sizing up the competition.”

The racers and the corporation extended their gratitude to their sponsors, including SLMX Motorcycle School, Dr. Stanley Yasuhiro Tumon Dental Office and the Guam Visitors Bureau.

“We have several mainland sponsors listed in our poster, but our local sponsor Kautz & Sons Glass Co. Inc stepped up as David Kautz always does, for the much-needed, last-minute support for Team Guam,” the corporation said. “GMAC would like to thank all the sponsors and individuals that are helping to make motocross history, from both Guam and the states.”