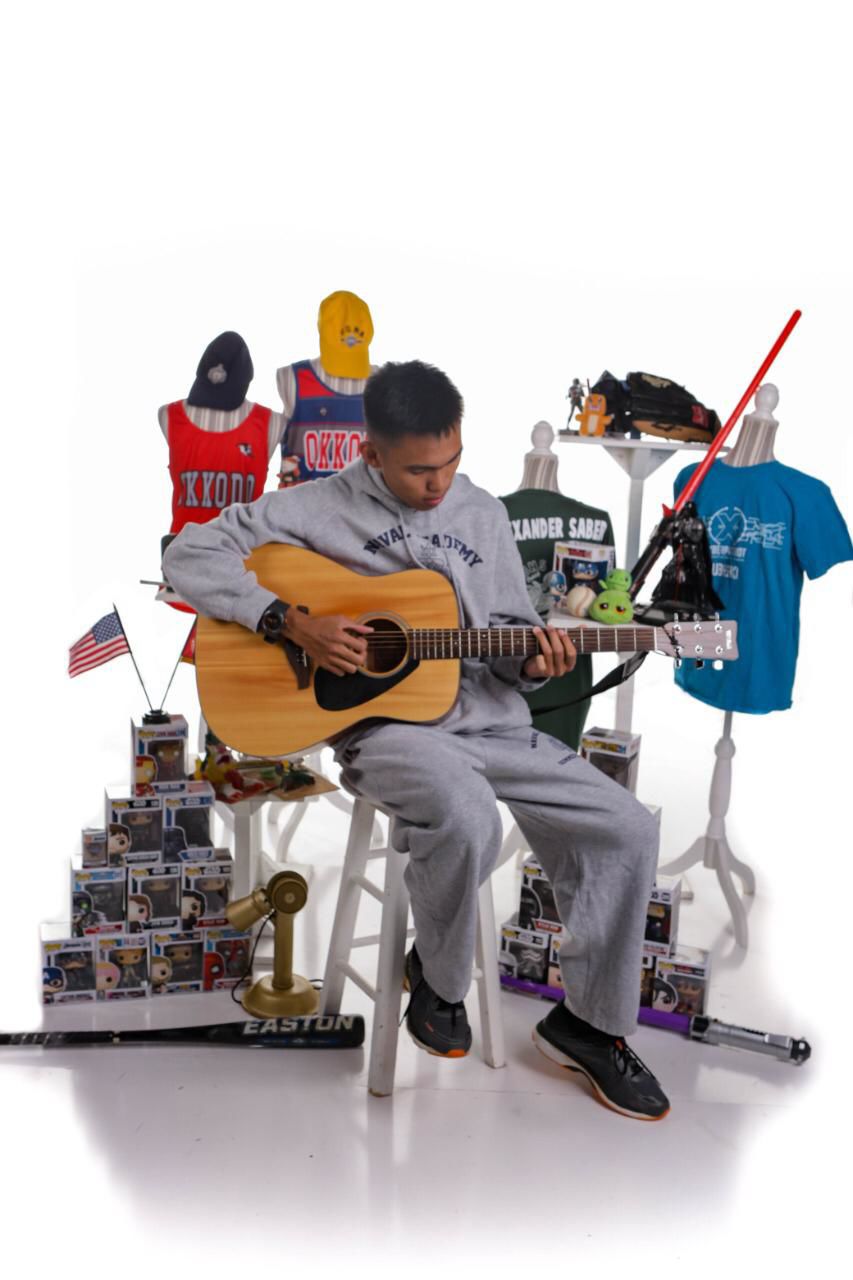 VARIETY OF INTERESTS: Okkodo High School senior Alex Saber will be leaving for his first semester at the U.S. Naval Academy. Photo courtesy of Alex Saber 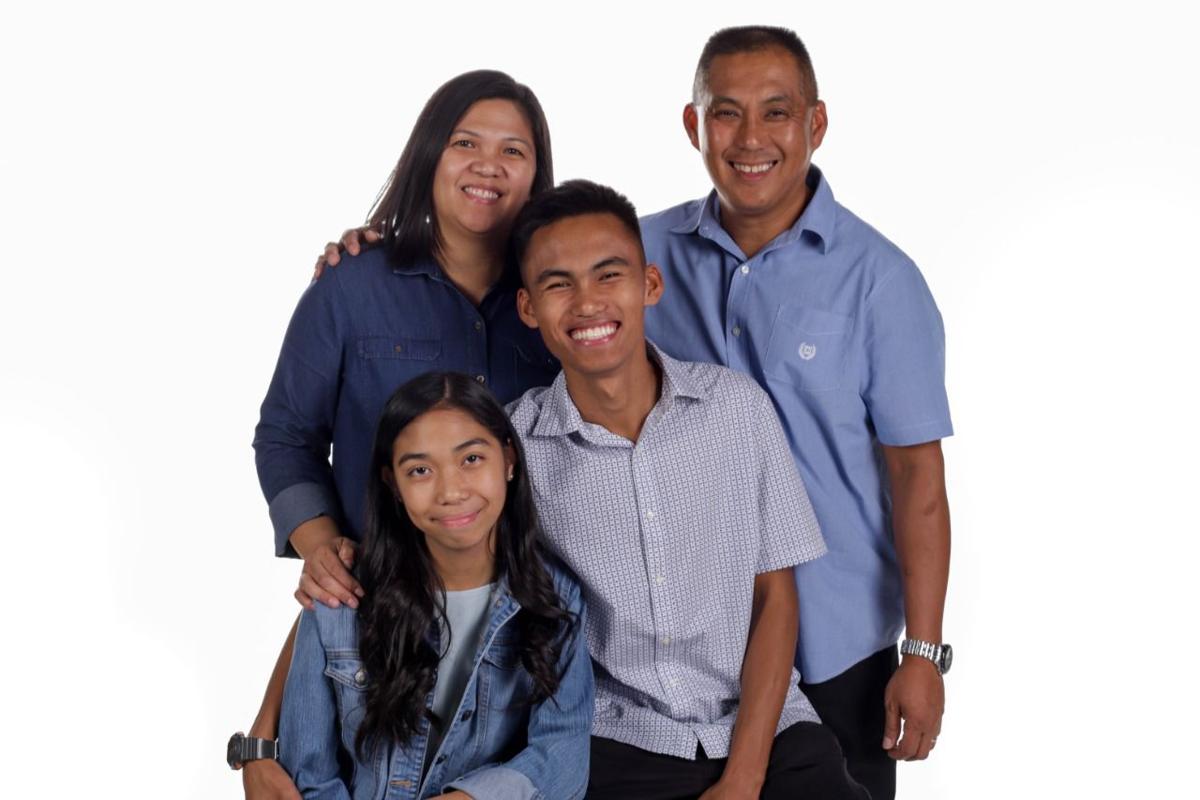 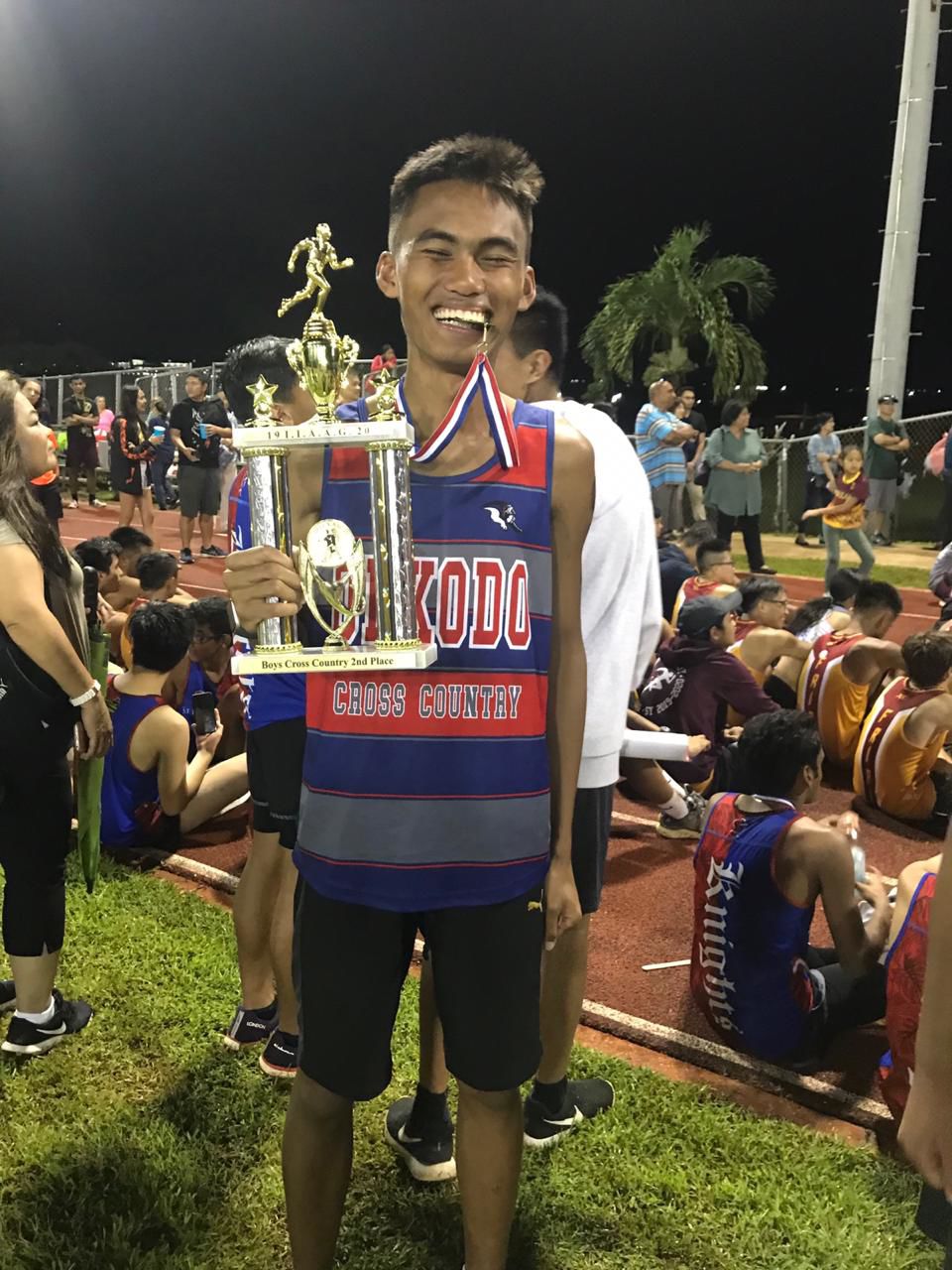 A WINNER: Alex Saber is all smiles after placing eighth at the All-Island championships last October, helping to lift the Okkodo High Bulldogs to a second-place finish. Photo courtesy of Alex Saber 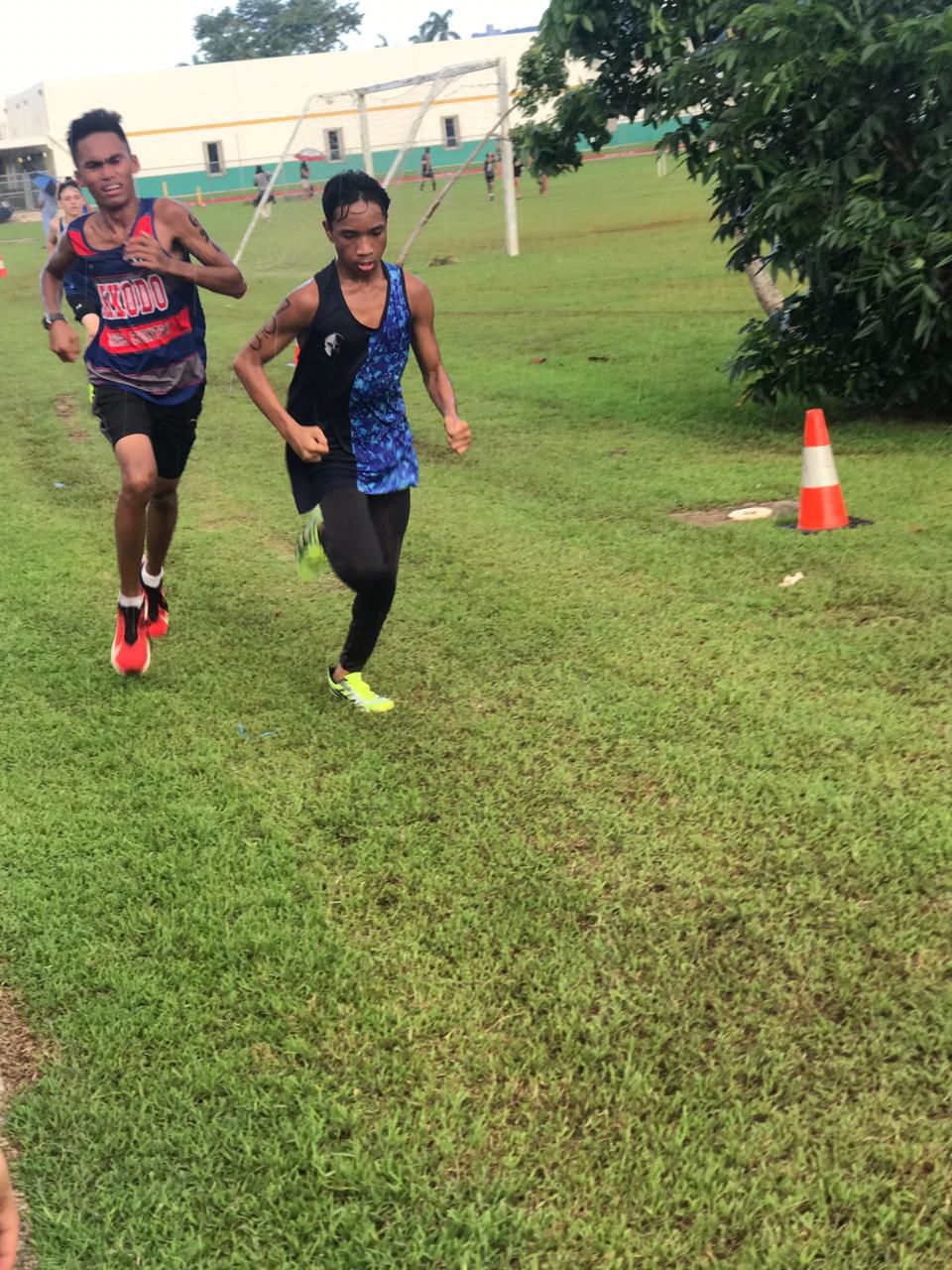 THE JOURNEY TO THE TOP: Alex Saber chases down a competitor at the All-Island championships last October, helping to lift the Okkodo High Bulldogs to a second-place finish. Photo courtesy of Alex Saber 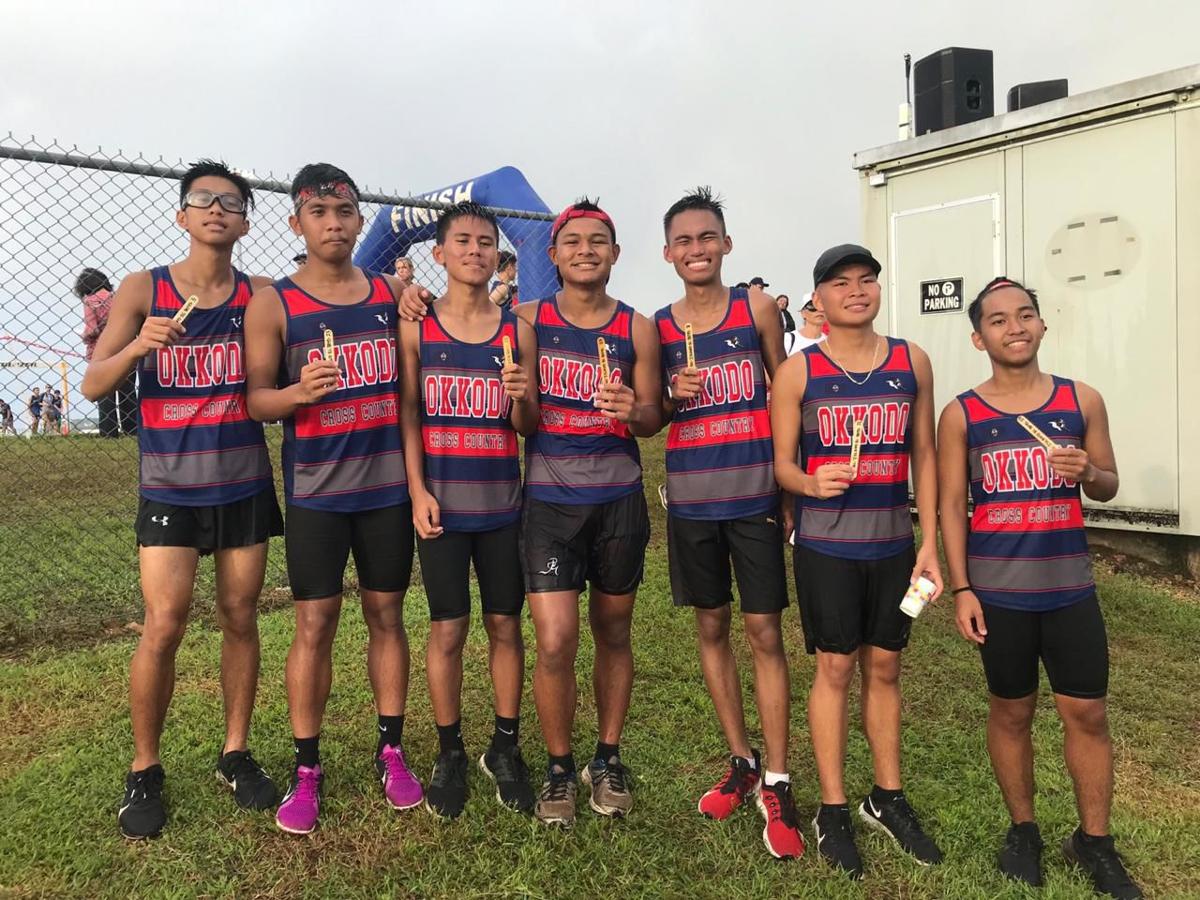 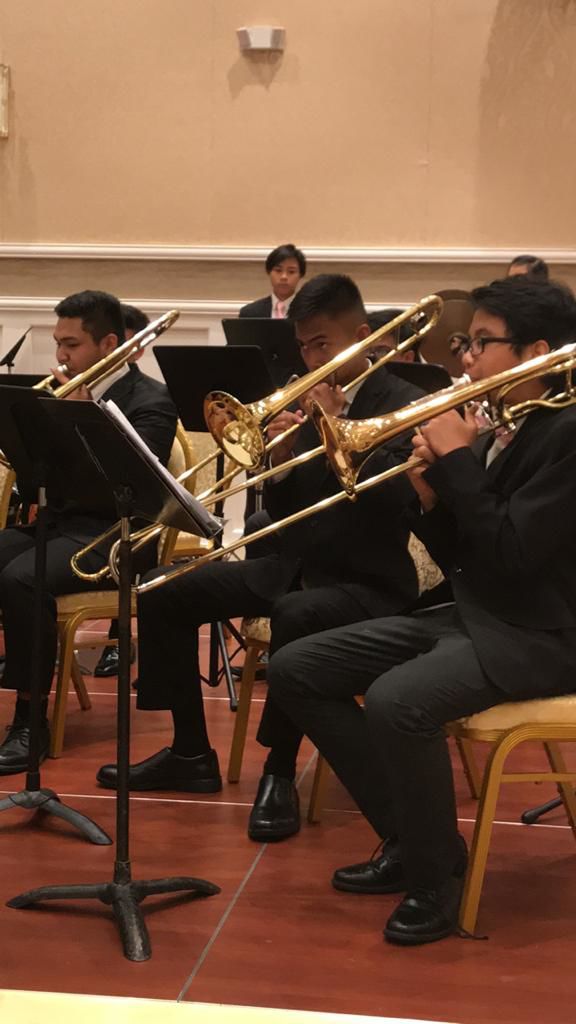 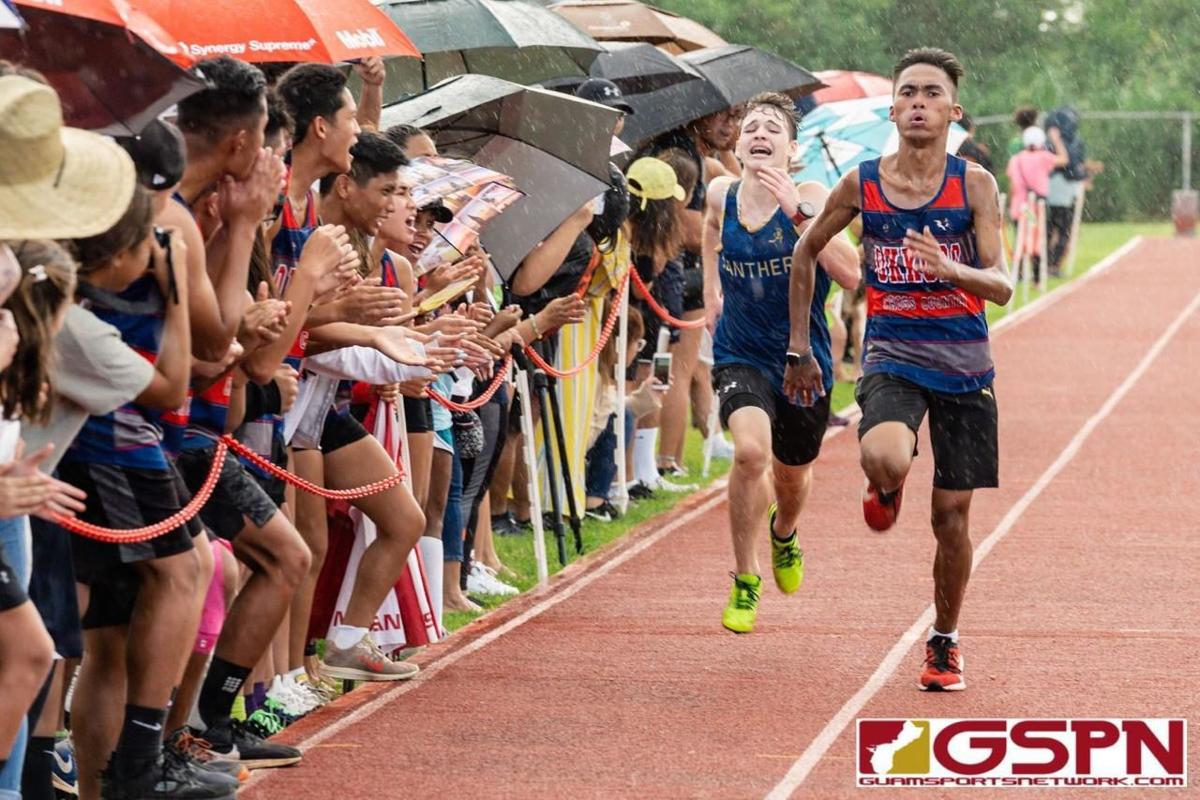 CHASING DOWN: Alex Saber of Okkodo comes in strong at the tail end of the All-Island championships where he placed eighth overall, lifting his team to a second-place finish. GSPN

VARIETY OF INTERESTS: Okkodo High School senior Alex Saber will be leaving for his first semester at the U.S. Naval Academy. Photo courtesy of Alex Saber

A WINNER: Alex Saber is all smiles after placing eighth at the All-Island championships last October, helping to lift the Okkodo High Bulldogs to a second-place finish. Photo courtesy of Alex Saber

THE JOURNEY TO THE TOP: Alex Saber chases down a competitor at the All-Island championships last October, helping to lift the Okkodo High Bulldogs to a second-place finish. Photo courtesy of Alex Saber

CHASING DOWN: Alex Saber of Okkodo comes in strong at the tail end of the All-Island championships where he placed eighth overall, lifting his team to a second-place finish. GSPN

For Okkodo High senior Alex Saber, running is a stress reliever – a way to kick up the endorphin high, talk to friends and enjoy the camaraderie that comes with competition.

However, Saber doesn’t really do laid-back or easy. He is a goal-setter, blazing trails academically and athletically from Kubasaki High in Okinawa to Okkodo in Dededo. When school was in session, Saber was never really still, running from one activity to the next, whether it be leading the Bulldog Battalion, running with the student government gang, doing community service with the honor society or computing with the Mu Alpha Theta Math Honor Society.

Saber transferred to Okkodo his junior year after his dad, Carlito Saber, retired as a Master Gunnery Sergeant from the Marines to instruct at the Junior ROTC program in Okkodo. Immediately, Alex Saber made an impact, holding leadership positions in various clubs and becoming an integral component of the school culture.

Saber truly is all about maximizing effort and achieving his best. As an athlete, he ran for the Dragons in cross-country and track and field. He continued to set his own standard, competing with the Bulldogs his junior year. In his senior year, he placed eighth overall at the All-Island competition late 2019 to help push his team to a second-place team finish.

If COVID-19 hadn’t canceled fourth-quarter sports, Saber said he would have joined the track and field team, continuing a winning run that started back in Okinawa.

Sounds boastful, but it isn’t. Saber ran the 3000 his junior year and placed sixth among a competitive field at the All Island championships last May for a 10:29 finish.

With that in his back pocket, his goal would have been to do better, he said. It’s about pushing for as best as he can; Saber said he believes in shooting for the top. Regardless if he makes it, Saber focuses on producing his best effort in everything he does, adding the journey makes him stronger and more resilient. That philosophy has spilled over into every aspect of his life, earning him the respect of his instructors, peers and coaches.

Finishing 10th among 331 seniors, Saber recently made local news after his awards and college acceptance letters became public knowledge. Besides being accepted to University of California-Davis, Saber was accepted to the U.S. Naval Academy, U.S. Air Force Academy and U.S. Coast Guard Academy Scholar Program – all of which have strict admission standards with a 10% acceptance rate.

When asked what it took to get accepted into such prestigious programs, Saber said he believes it came down to his adaptability and resiliency.

“For example, I did not let the move from Okinawa – my home of 8 years – to Guam affect me in a negative way,” he said. “I could not let the ball drop during these last four years of high school.”

His energy, ready admission of responsibility and initiative provide “solid proof of his remarkable maturity,” he said. "Liberation and village parades, drill and physical fitness competitions, student service events, last minute color guard details, peer cheer-ups and support – all is done in stride and superbly by Alex. He well represents from the top 1%.”

With all that’s coming at him, Saber said he is keeping his eye on the target – an engineering career in the U.S. Navy.

“I chose the Naval Academy because I saw it as a stepping stone to help further develop me as both a follower and a leader,” he said. “I valued the concept of service for my country and helping those around me.”

Service is not new to Saber. Besides his dad as a role model, the younger Saber started volunteering his time in the seventh grade. As a member of the ROTC program in his freshman year, the volunteering opportunities opened him up to new experiences.

“Volunteering helped develop my interpersonal skills in working as part of a team and my skills as a follower and a leader,” he said.

His desire to do good is what drives him, he said, adding he was “blessed with so many good people who helped me in life, I aspired to be like them and pay it forward.”

As a member of the Bulldog Battalion, he leads by example, pushing his fellow cadets to embrace the service component of their creed and give back to the community.

For his commitment and dedication, he was awarded the Presidential Volunteer Service Award Gold, which is given to to those who has 250-plus hours of volunteer service in a year. He also received the Marine Corps JROTC Legion of Valor Bronze Cross Award for Academics and Military Leadership, which is awarded to only four students each year nationwide.

For now, Alex continues to run, preparing for six weeks of plebe training prior to heading to his first semester of college.

“I’ve been running five days a week ever since track season started and I didn’t let the quarantine stop me from doing that,” he said. “Mentally, I keep telling myself that my detailers are only 1-2 years older than me and that it’s a learning experience for them as well.”

When asked if he was planning to compete at the collegiate level for the Midshipmen, Saber said he didn’t sign on for sports, but he still plans to try out for the cross-country and track team.

Considering Saber’s work ethic and determination, there’s no doubt he will achieve more than what most would consider possible and hit new levels of success in his next adventure.

Q: How was Kubasaki different from Guam? What’s life been like as someone who moves around often?

A: While the two places are similar for their friendly and warm atmosphere, Kubasaki had me do seven classes instead of six, and I feel that there were fewer clubs as well. Okinawa, Japan, was my first and last military base; I lived in Vallejo, California before Okinawa. However, having traveled a lot, I’ve been given the opportunity to see wide variety of different cultures and people of different upbringings, which gave me a bigger perspective in life.

Q: Any advice for high schoolers considering those academic venues?

A: Don’t give up on yourself. Keep working hard so that you can look as competitive as possible in the admissions board. And remember, the only bad workout is the one you didn’t do.

Q: Congrats on winning the Marine Corps JROTC Legion of Valor Bronze Cross Award for Academics and Military Leadership. For the rest of us normal folk, can you explain why that award is so prestigious and what it means to get that?

A: Being the highest award in the Marine Corps JROTC, only 4 cadets across the nation receive it annually. There are 268 schools with a Marine Corps JROTC program, and to even be considered, I had to display exemplary military and academic leadership this past four years of high school.

Q: Explain the role your parents had in your accomplishments.

A: I do not think I would be where I am standing today had it not been for my mom and dad. They’ve sacrificed so much in taking care of me, and I’ll forever be glad that they pushed me to push myself.

Q: Is there anyone you’d like to thank for helping you get to where you are today?

Q: Three words that describe you?

Q: Your advice to incoming freshmen?

A: Work hard always and never procrastinate. But at the same token, don’t forget to take breaks and have fun. It’s only four years, and it goes by fast.

A: ”I am not throwing away my shot" - Lin-Manuel Miranda (Hamilton). I resonate with this quote because I identified with his reasons for working hard: to live life knowing that you gave it your all while never stopping for a single second

Q: How do you prep for a meet? Any rituals or superstitions?

A: Before a race starts, I always tap my thumb on my chest to my heartbeat to calm myself down

Q: Something people may not know about you?

A: I’m full Filipino but I can’t speak nor understand Tagalog. I can however speak Japanese.

Q: If you could have a day to yourself without responsibilities, what would you do and who would you bring with you?