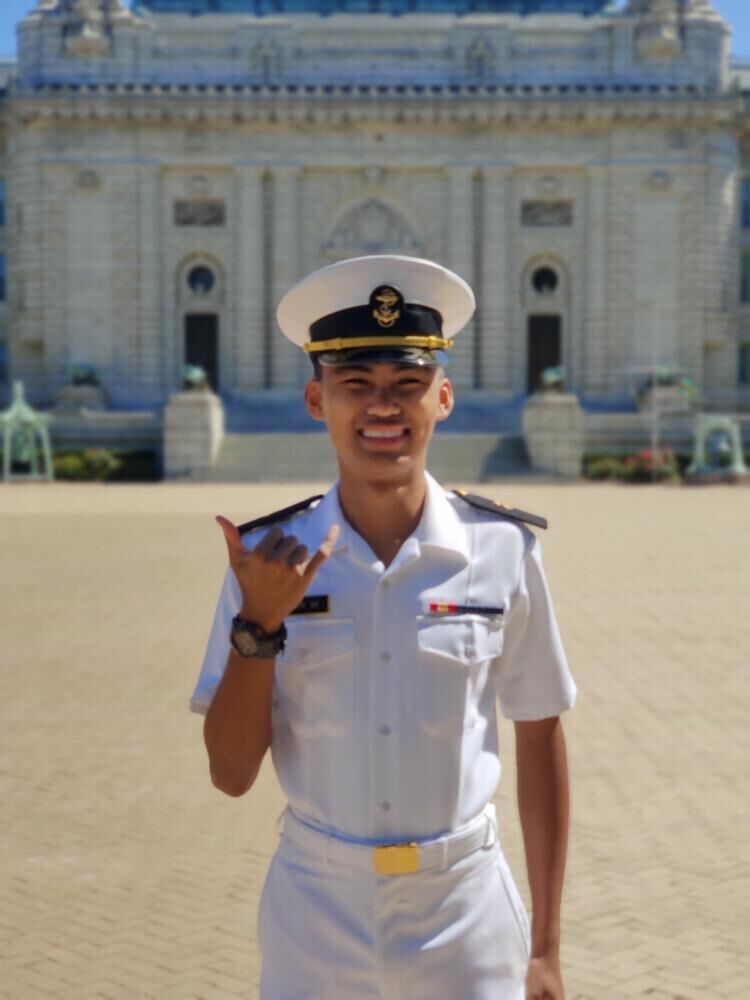 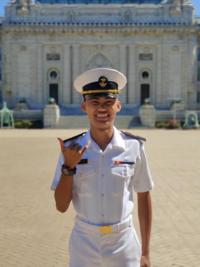 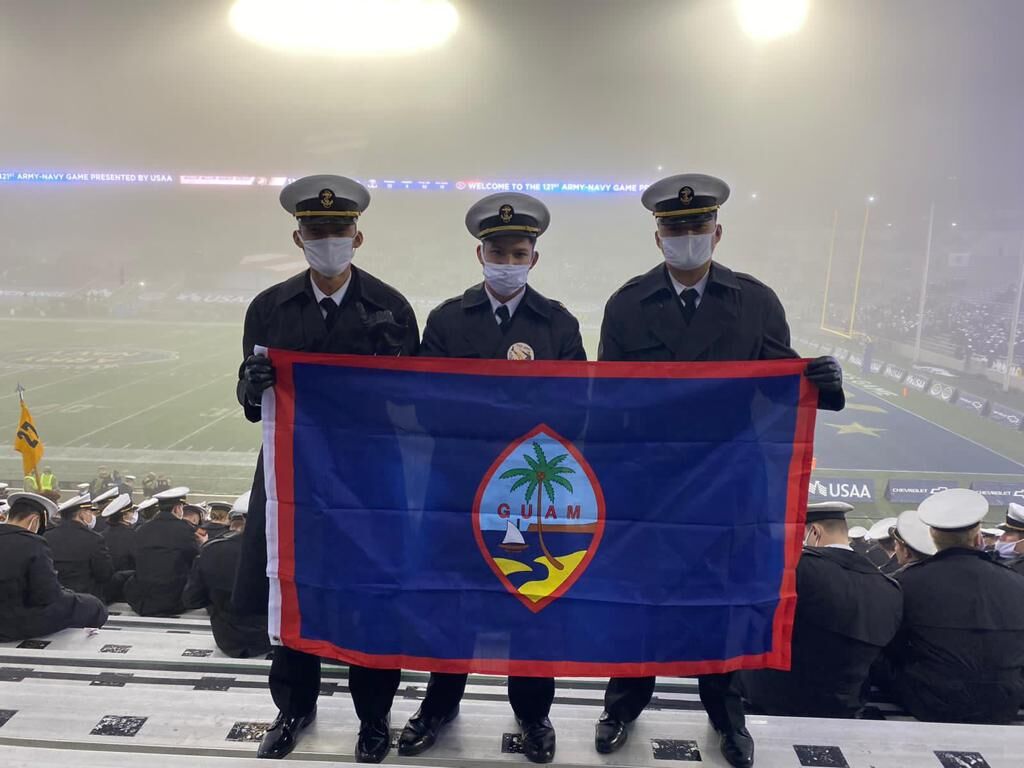 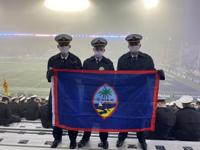 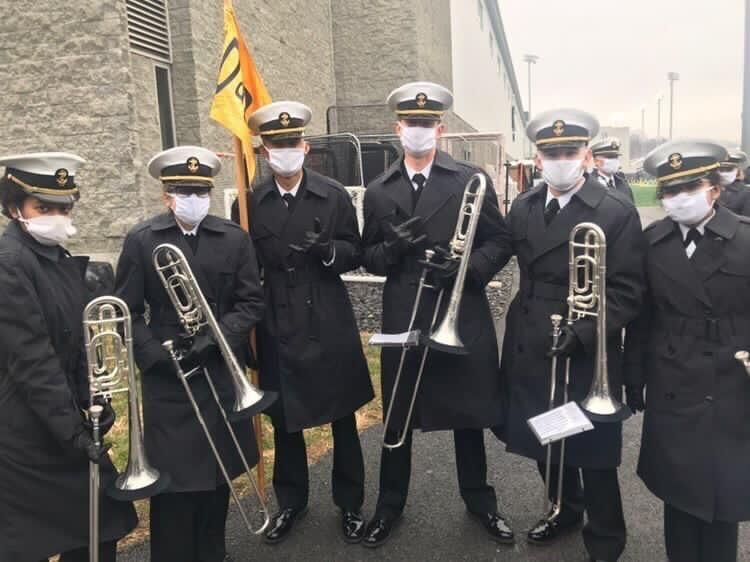 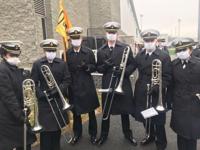 PART OF A TRADITION: Guam resident Alex Saber, third from left, is shown with his bandmates prior to the start of the 2020 Army-Navy game at the U.S. Military Academy in West Point, N.Y. Contributed photo 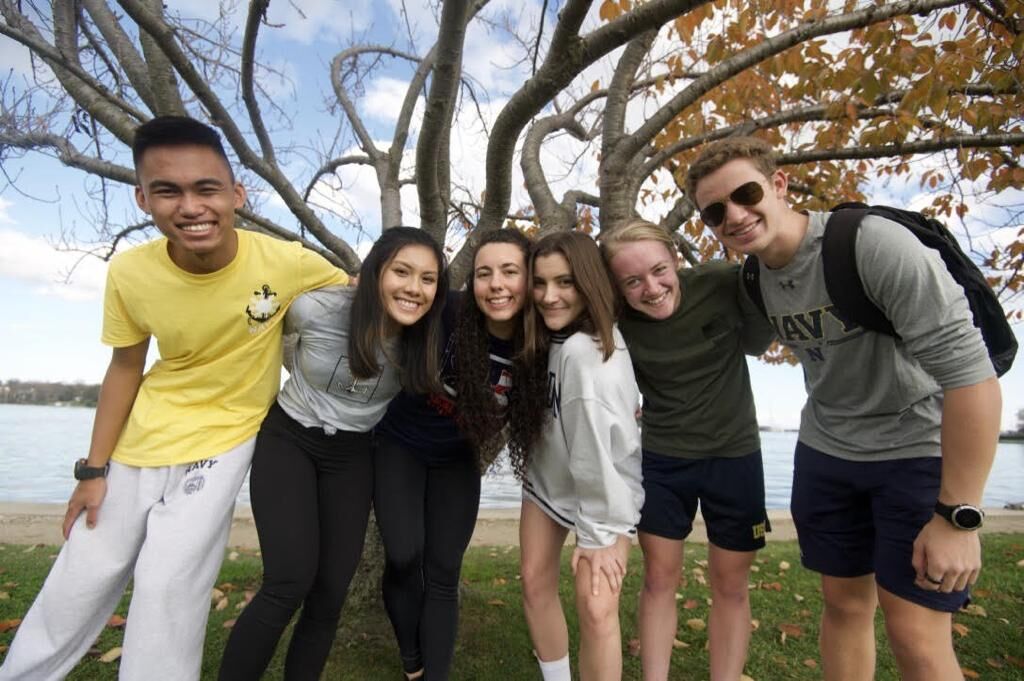 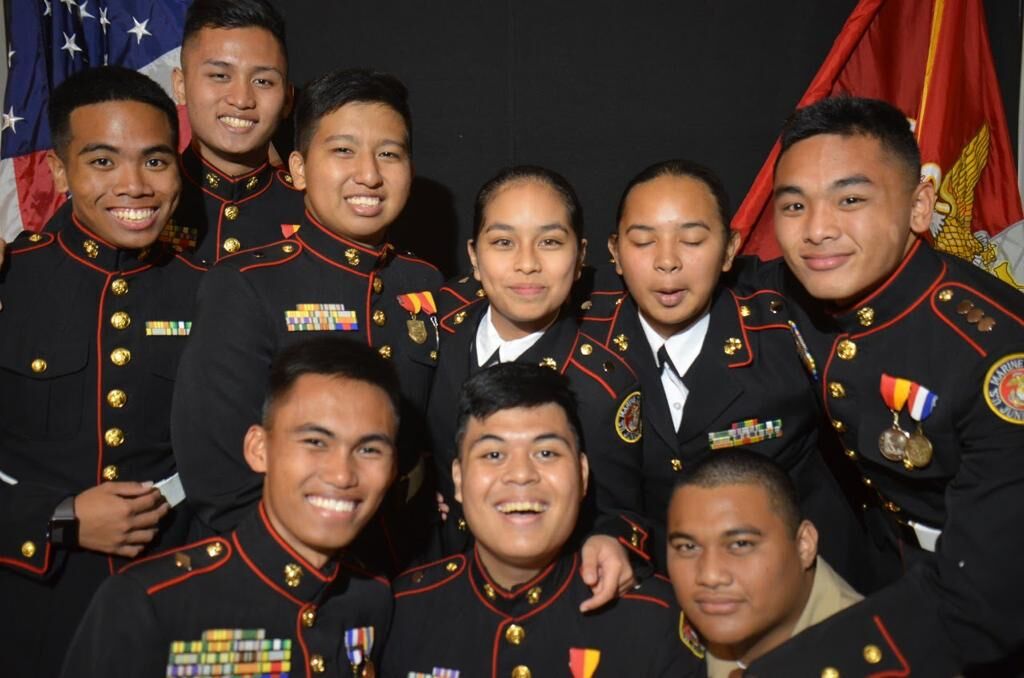 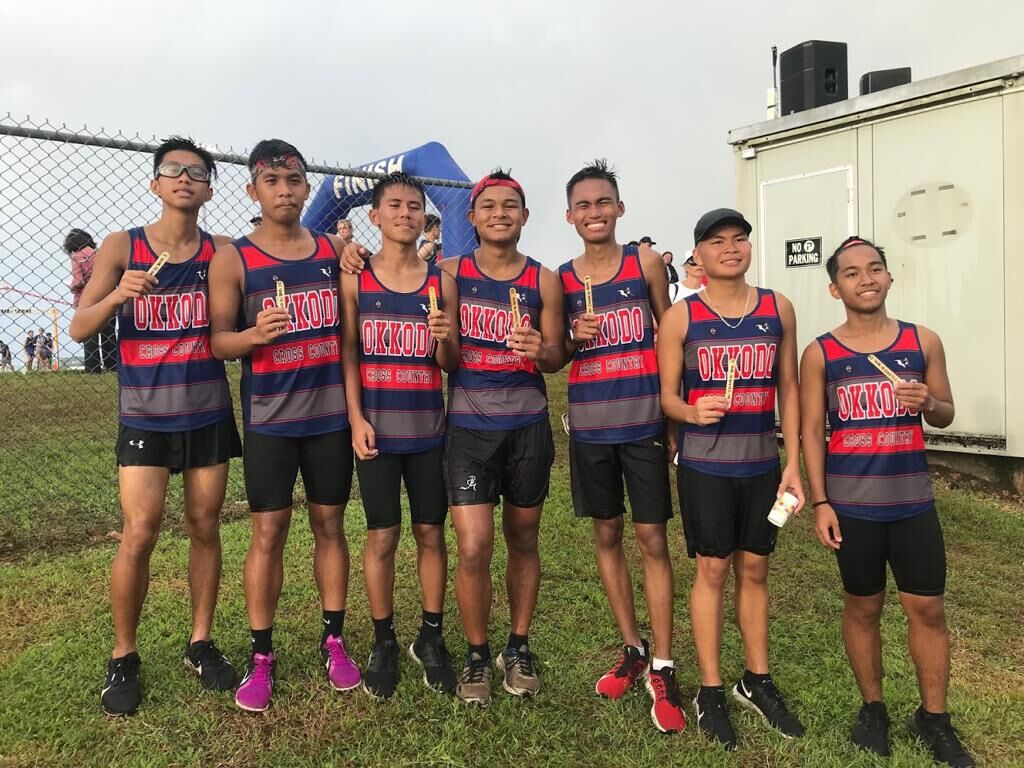 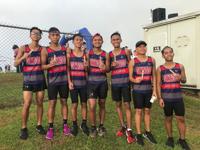 PART OF A TRADITION: Guam resident Alex Saber, third from left, is shown with his bandmates prior to the start of the 2020 Army-Navy game at the U.S. Military Academy in West Point, N.Y. Contributed photo

Despite moving overseas to a completely different part of the world in the middle of his high school career, Alex Saber kept his focus on his athletic and academic goals, undeterred by a change in location. For Alex Saber, his senior year was rife with accomplishments on and off the track. Notably, the now-Okkodo High School alumnus helped his team secure second place at the All-Island Cross-Country Meet and he also entered the U.S. Naval Academy.

The Naval Academy has been a longtime dream.

The son of a Marine, Alex Saber had been introduced to service academies at an early age. He figured enlisting in the Marine Corps was always a possibility. But then his dad, Carlito Saber, told him to take a look at the service academies, particularly, the Naval Academy.

“After seeing that in sixth or seventh grade, I knew, ‘Whoa, this is big. Maybe I can try this out.’ I just worked toward applying here,” Alex Saber said. As he got older and the possibility of actually making it into the Naval Academy grew, Alex Saber in his junior year of high school applied to the Summer Seminar Program.

Alex Saber spent a week at the U.S. Naval Academy.

“I basically got a taste of what life was like. That pretty much solidified my decision. ‘Hey, I really want to be here,’” he said.

When he learned he was accepted into the Naval Academy, Alex Saber said he was elated.

“I felt super happy, like my goals and dreams of a couple years, all that hard work I put in was accomplished. Now I’m here and I feel really happy that I’m here,” he said.

Before he spent his final two years at Okkodo High School, Alex Saber was living with his family in Okinawa, Japan, where he lived for eight years. The move from Japan to Guam wasn’t one Alex Saber was excited about at first, but he adapted.

“I made the most out of it. … Those two moves of being exposed to the different cultures, … even though I may have not liked moving to Okinawa and moving to Guam, I’d say, in retrospect, it taught me a lot about being adaptable and a lot about resiliency. I felt really sad when I moved to both places, but you just have to keep your head up and make the most out of your situation,” Alex Saber said.

Alex Saber draws a lot of inspiration from his father, who was in the Marines for 30 years. His father and his mother are his biggest role models, he said.

“My dad, he’s what inspired me to come to this place. I feel very inspired from all the sacrifices he’s made and all the work and stuff he’s done for his family, his country, and his Corps. He was in the Marines for 30 years,” Alex Saber said. “When I was living in Okinawa, when he was still active duty, I remember seeing him mentor junior, young Marines. I know that was something I wanted to do when I grew up.”

The teenager also made strong connections with instructors during his time on Guam. He said the Marine Junior ROTC program instructor, Lt. Col. Ron Eisel, and his track and cross-country coaches, David and Rhea Macaluso, had the greatest influence on his life.

Eisel taught him how to become a stronger leader. The Macalusos created a close-knit environment and helped him hone his work ethic.

“They were the coaches for the track and cross-country team. You really felt that sense of family working hard toward your goals,” Alex Saber said.

“ I worked so hard with coach Mac and the rest of my teammates and we all pushed each other. We all pushed each other very hard. And for me, in particular, I had to take a two-, three-week break from season because I had a case of appendicitis and that knocked me out. When I got cleared to start running again, I just had to get back into it. That’s how we got second place. Through the hard work and pushing each other,” Alex Saber said.

“Despite not being able to run for a number of weeks, he pushed and worked really hard and finished eighth place (individually) in the All-Island Cross-Country Meet, helping the team take second place, within three points of winning Okkodo’s first-ever cross-country championship,” David Macaluso said.