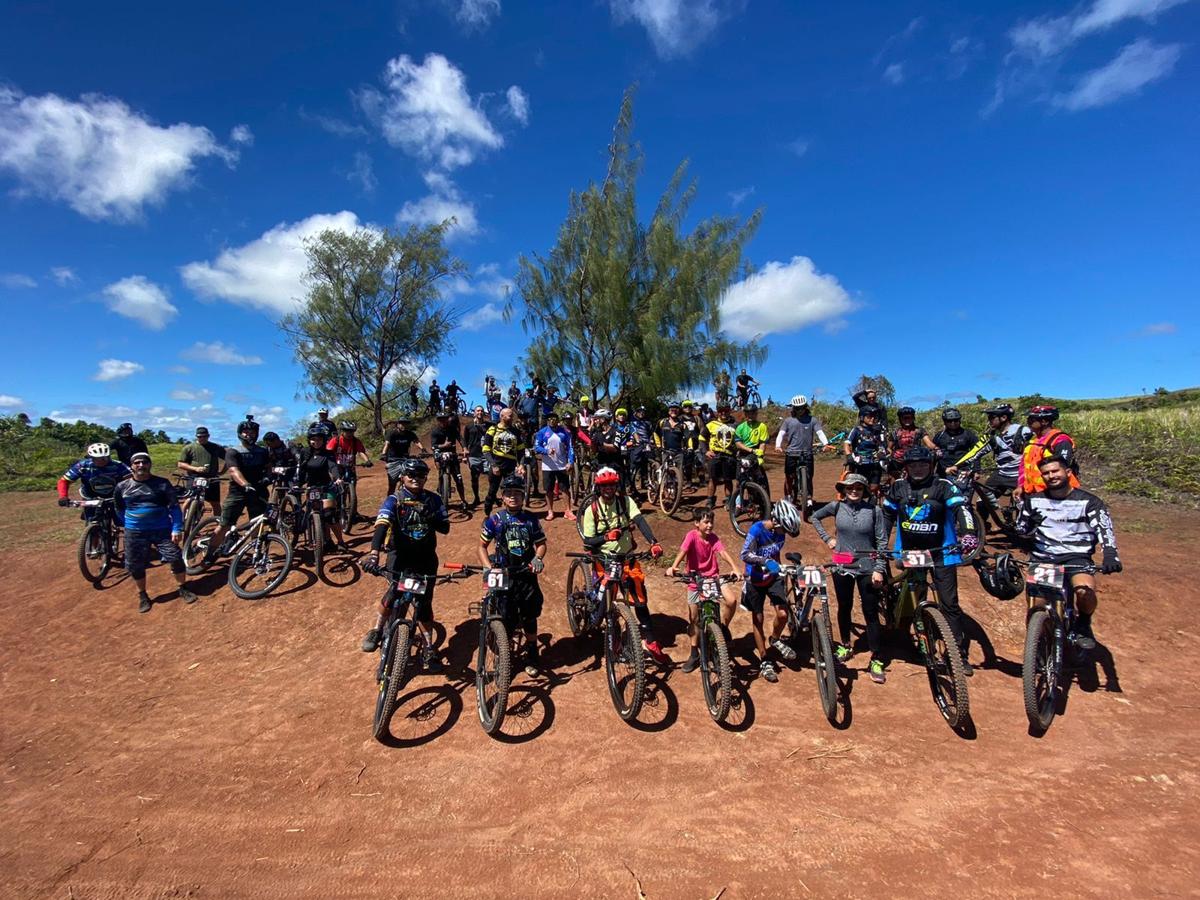 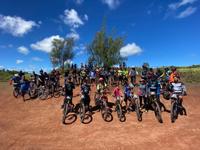 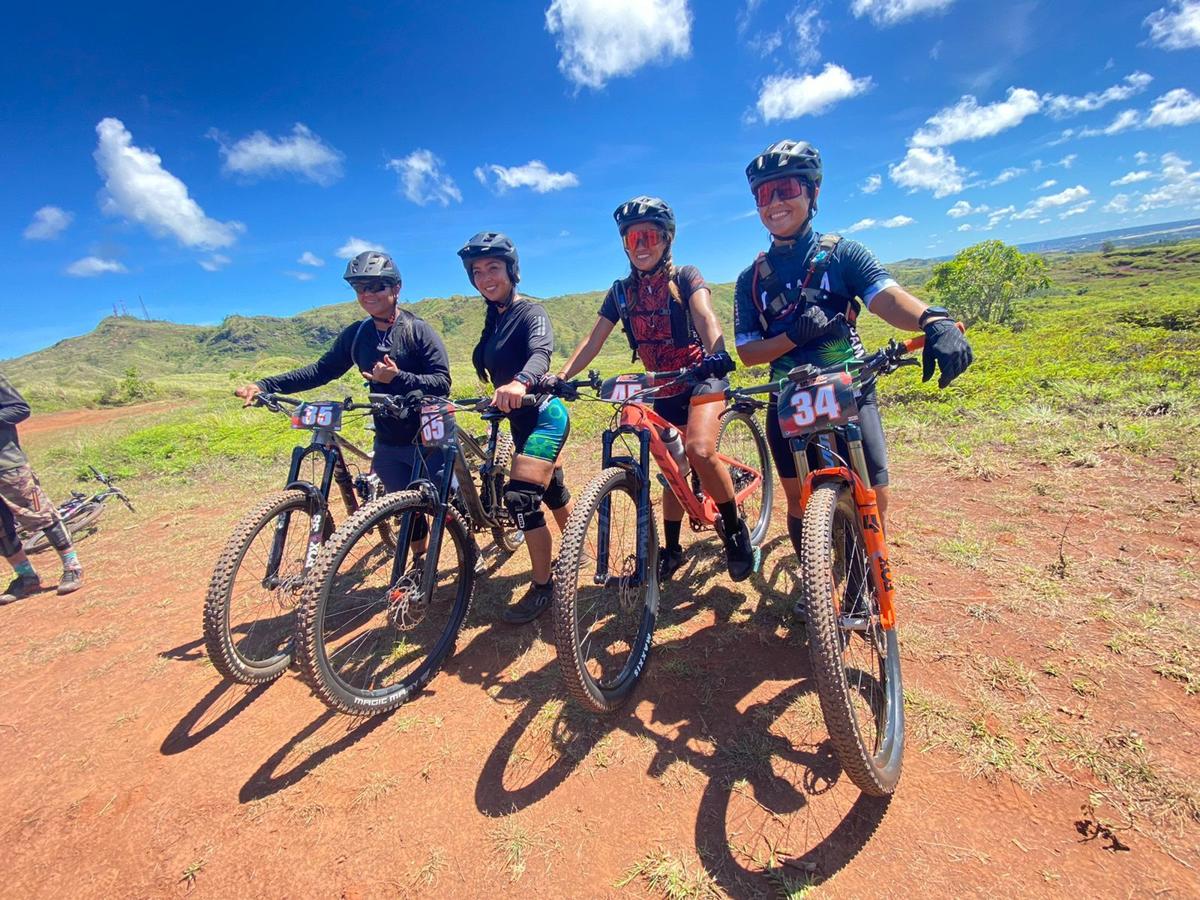 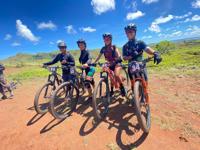 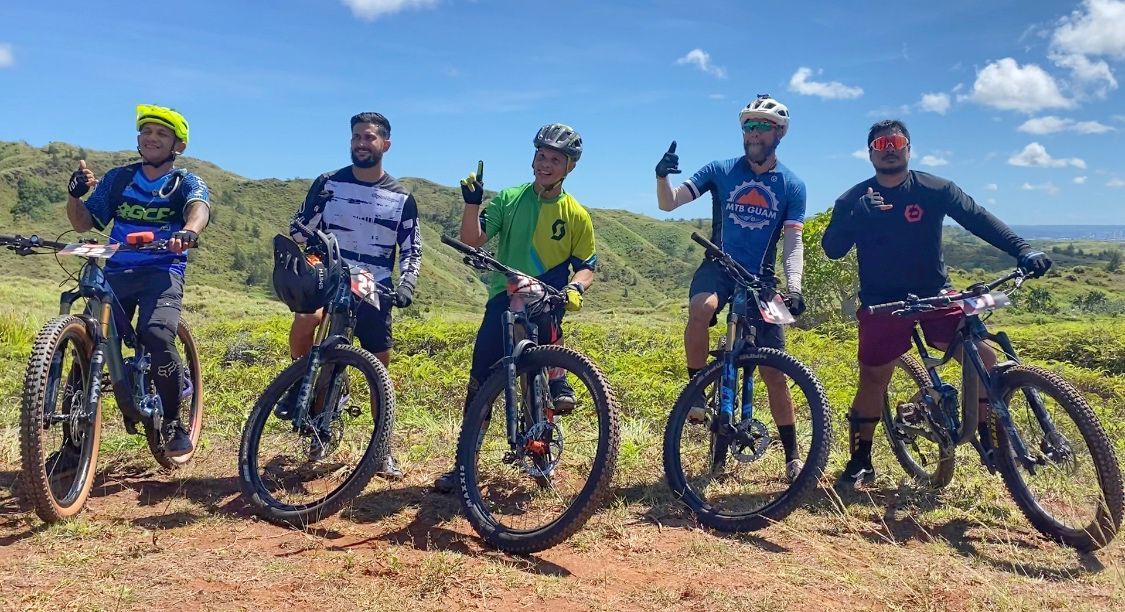 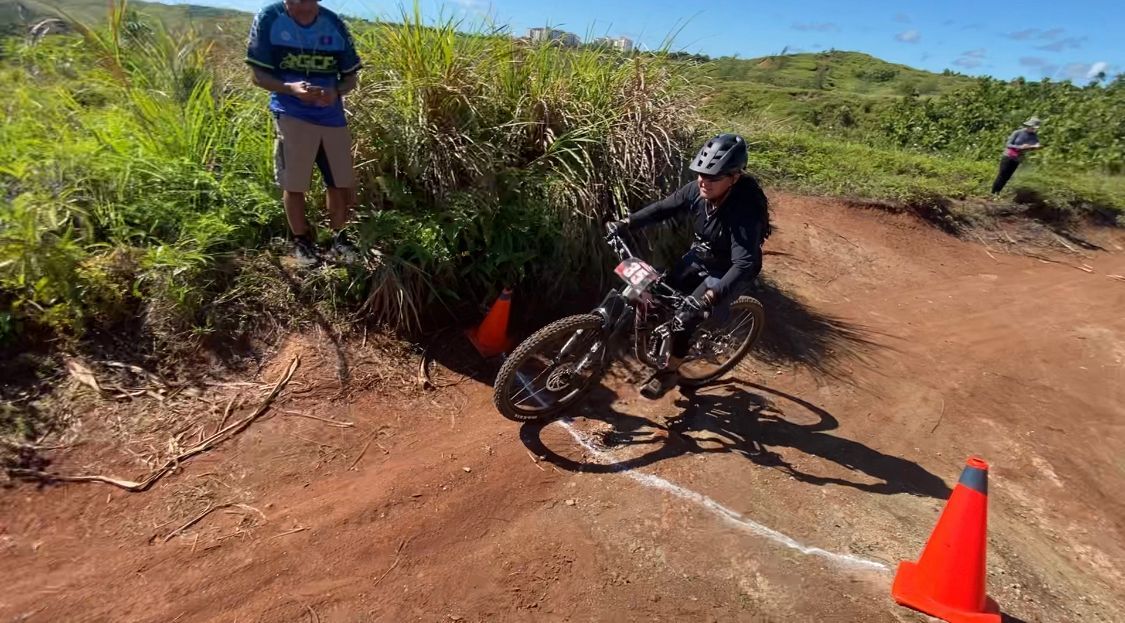 The course was near perfect for this type of race, said Guam Cycling Federation President Eric Tydingco, adding a brief shower added “bit more tackiness for grip in some spots.”

Chargualaf, who finished in 2 minutes, 24 seconds, continued her reign at the top, grabbing the top female honors. Rachel Kinsella and Natalia Fuculo rounded out the top three spots, finishing in 2:29.3 and 2:33.3, respectively.

“Not much room for error, because it was mostly downhill,” Chargualaf said. While it’s not the kind of race she normally competes in, Chargualaf said it was a good experience, adding it was exciting to “see everyone out there riding and having fun."

James Sardea earned the overall winner's tag, finishing the blistering course in 1 minute and 56 seconds. Guam Olympian Derek Horton came in seconds a little more than six minutes after Sardea, with Sage Gerber wrapping up the third spot at 2:05 for the bronze finish.

Tydingco said the race was limited to 50 participants. While restrictions have been lifted, allowing 100 participants in outdoor events, Tydingco said GCF chose to err on the side of caution because it was the organization’s first time doing this type of event.

Across the globe, cycling as a sport has seen a steady growth amid the pandemic. Group rides on island have already seen a return to pre-pandemic numbers, Tydingco said.

“There definitely has been a growth in the sport. Not just in Guam, but worldwide,” Tydingco said. “Theories circulated that it is more than likely due to the closures of gyms. People wanted to stay fit, but not necessarily take up running. Cycling, with the added benefit of being less of an impact on the body appealed to many people. Both our local bike shops (Hornet and BikeFix) had banner years, routinely selling out stock.”

Even Tydingco’s younger son, Evan, also competed in the downhill blast, finishing the course in 2:43.7.

Like many other people, the past year has seen him and his son, Evan, take up cycling as a way to stay fit and beat the pandemic blues. His wife, Tara, is also a veteran rider on the cycling scene.

“Evan has really progressed in cycling. His small frame and light weight allows him to really climb fast and pass many riders,” he said of his son, who will be entering John F. Kennedy High School as a freshman in the fall. “However, those same things are a disadvantage when descending.”

Guam Cycling has three races coming up in the next couple of weeks: a cross-country mountain bike race (June 27 and July 24) and a road time trial (July 11).

With the success of the downhill blast, is there any hope of another downhill race in the near future?

While the organization would like to have another downhill race, Tydingco said the looming rainy season may not make that possible.

Visit https://bit.ly/3d5zmCf  to see results of the Sigua Downhill Blast 2021.