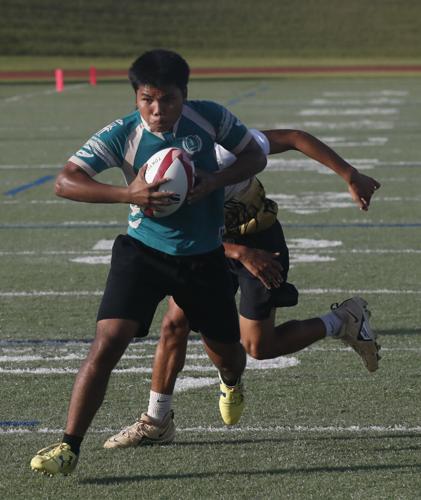 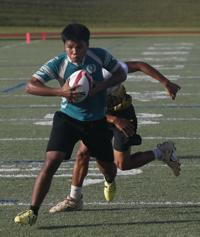 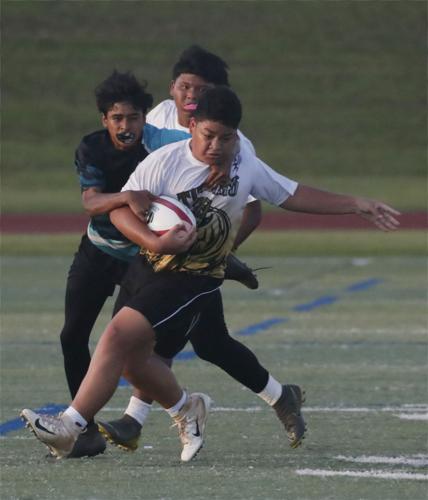 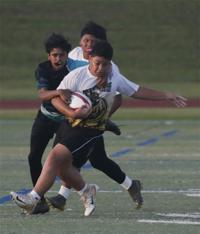 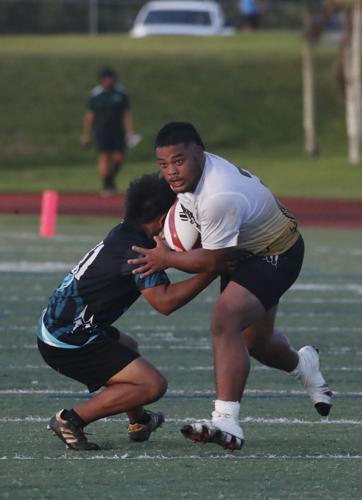 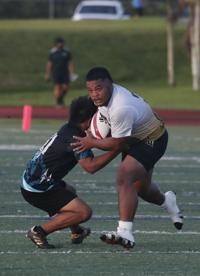 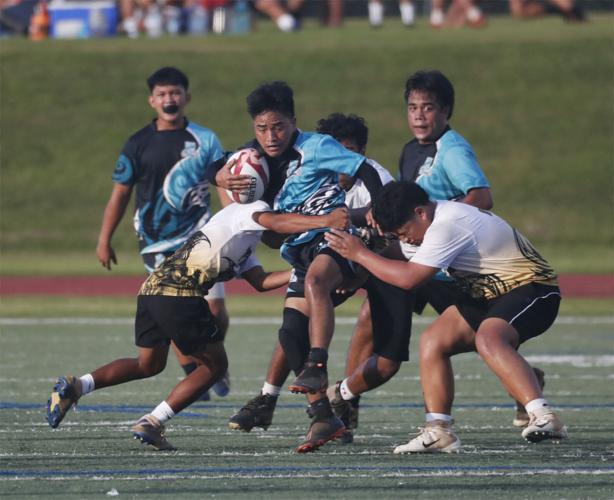 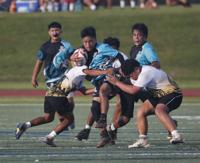 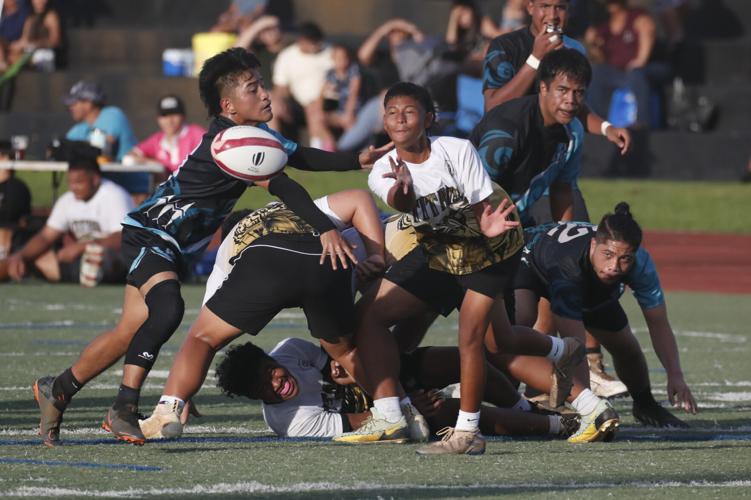 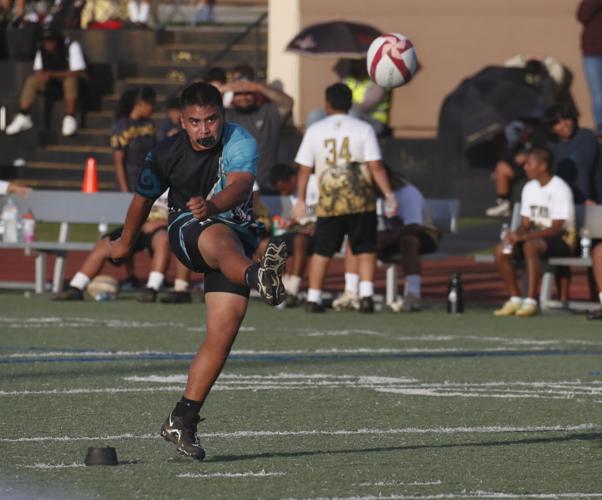 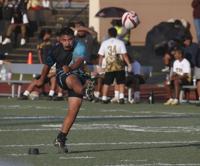 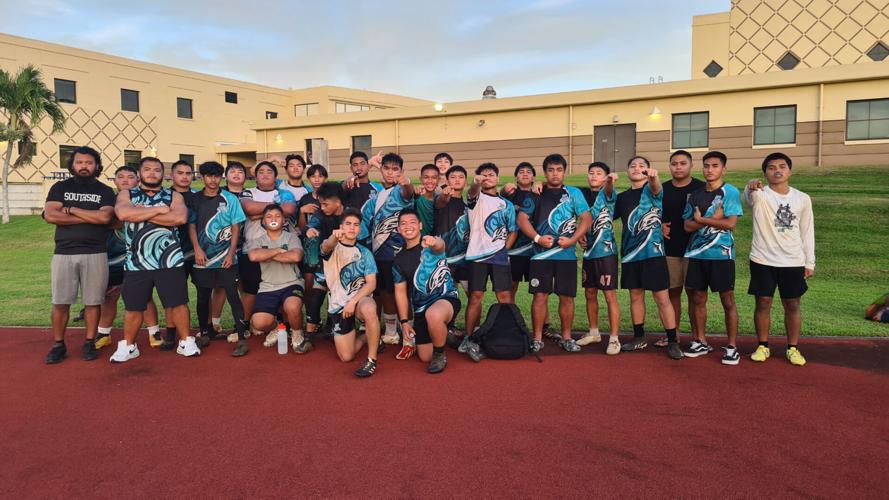 The Southern High School boys varsity rugby team may have graduated 12 seniors after last year’s runner-up season, but the young Dolphins opened their Guam Department of Education Interscholastic Sports Association/Guam Rugby Union campaign with as much ferocity and firepower as they displayed in 2021-2022.

In Wednesday night’s season-opener, at Guam High School in Agana Heights, the Dolphins shut out the Tiyan High School Titans 33-0.

“We feel good, but the season is still young. So, we're going to stay humble. We're going to keep our boys in check,” said Dolphins head coach Enrique “Sporty” Baza. “We're going to hope to get better every week.”

Baza said that a lot of things came together during the game.

“Our boys did work really well together,” he said.

Baza, who coached the Dolphins to the 2021-2022 championship game, shared that keeping his team levelheaded and focusing on the present will be the keys to a positive season.

“I tell the kids all the time, 'We’re going to stay humble. If we’re not humble, we're going to crumble.'”

On the Titans' opening drive, the Dolphins capitalized on an early turnover turning a Tiyan mistake into a try.

Deep inside their own territory, Tiyan mishandled a pass and the Dolphins recovered. However, the Dolphins’ first try wasn’t easy. Five meters out from the goal, it took Southern about five minutes to break through Tiyan’s defense. Finally, after several attempts at breaking the plane, Southern’s Tristan Acfalle received a pass far on the right side and bulldozed through the Titans' defense for the try.

“Tiyan played some good D,” Acfalle said. “But I think our guys did their thing.”

Acfalle told The Guam Daily Post that, before the game, he and some of his teammates felt anxious. He shared that the first try squashed the pre-game butterflies.

“Before the game, a lot of us were kind of nervous,” he said. "But after that first try, we all felt comfortable. We knew what we needed to do and we went off after that."

From a seemingly impossible angle, Dolphins 2-point conversion specialist, Michael Jesus, booted the conversion, sailing mere inches inside the right goal post. Jesus, who converted four conversions and scored his first-ever try, was pleased with how he stepped up into his new role as kicker. Last season, kicking conversions was Isaiah Topasna’s job. This year, it’s up to Jesus.

“It feels good, scoring that kick that I did,” Jesus said. “It’s my first time being a kicker.”

For their second try, Southern had to cover a lot more real estate than their first. With the full length of the field in front of them, the Dolphins dashed to a two-goal lead. DilanCole Tenorio’s try put Southern up 12-nil. Jesus, on his second conversion attempt, stretched the lead to 14-0.

With a few minutes remaining in the first half, Southern turned another Tiyan mistake into a try. This time, the Dolphins’ Anthony Bonarrigo was in the perfect position to turn an errant pass into a try. Once again, Jesus drilled the conversion.

The Dolphins led 21-nil at halftime and had done more than enough to secure the victory but scored another two more tries in the second half.

As Southern's Ethan Guerrero was advancing and trying to shake off a couple of Tiyan defenders, he dove forward and pitched to Jesus. Jesus, with nothing but daylight in front of him, scored his first-ever try. Jesus, with his fourth straight conversion, increased the lead to 28-0.

“It was fun. It was exciting that I scored my first try,” Jesus said.