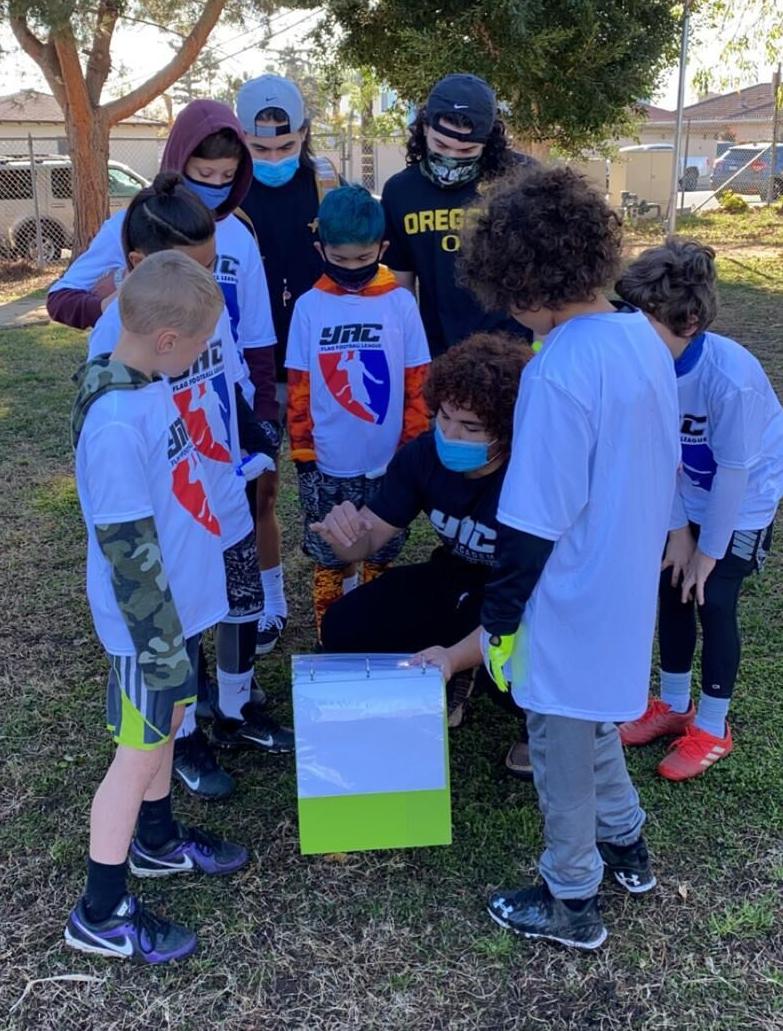 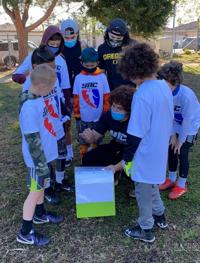 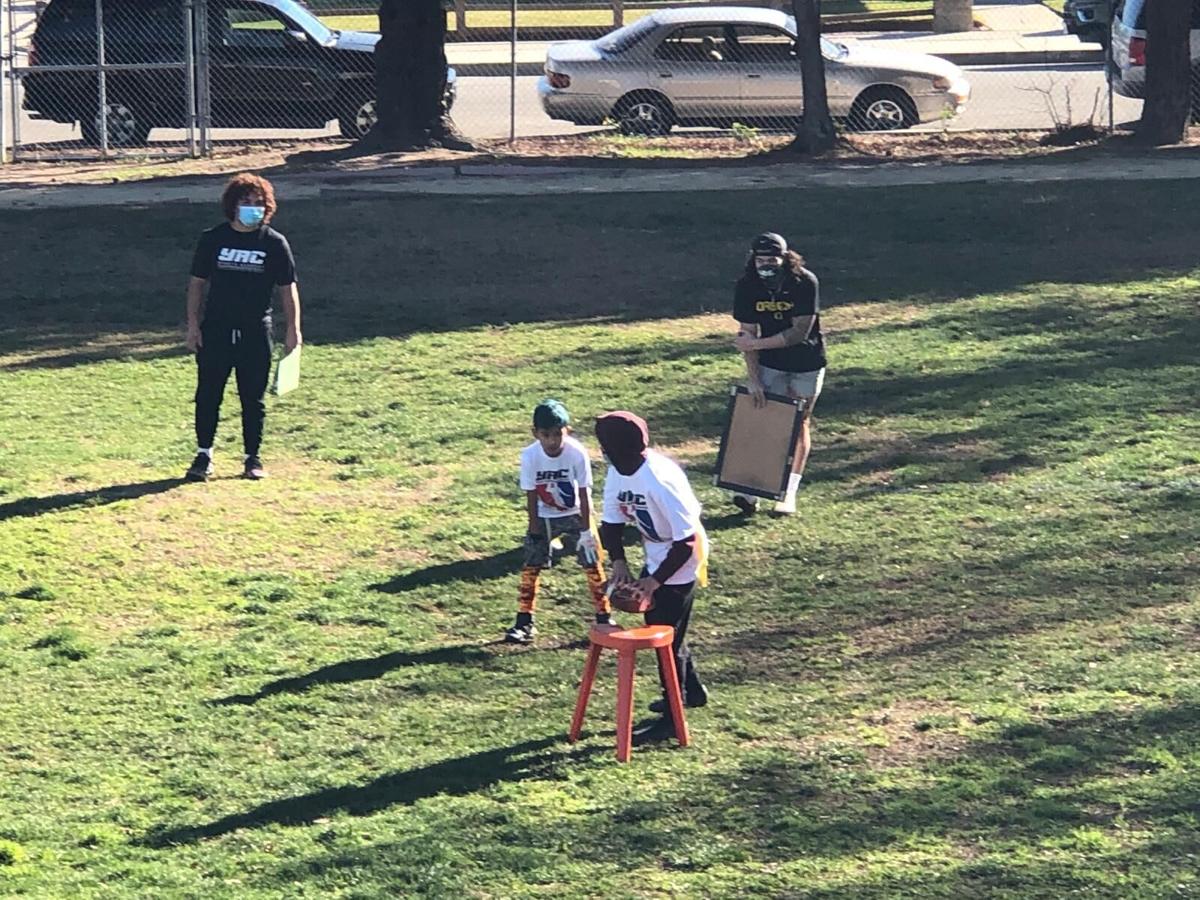 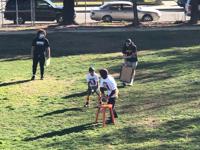 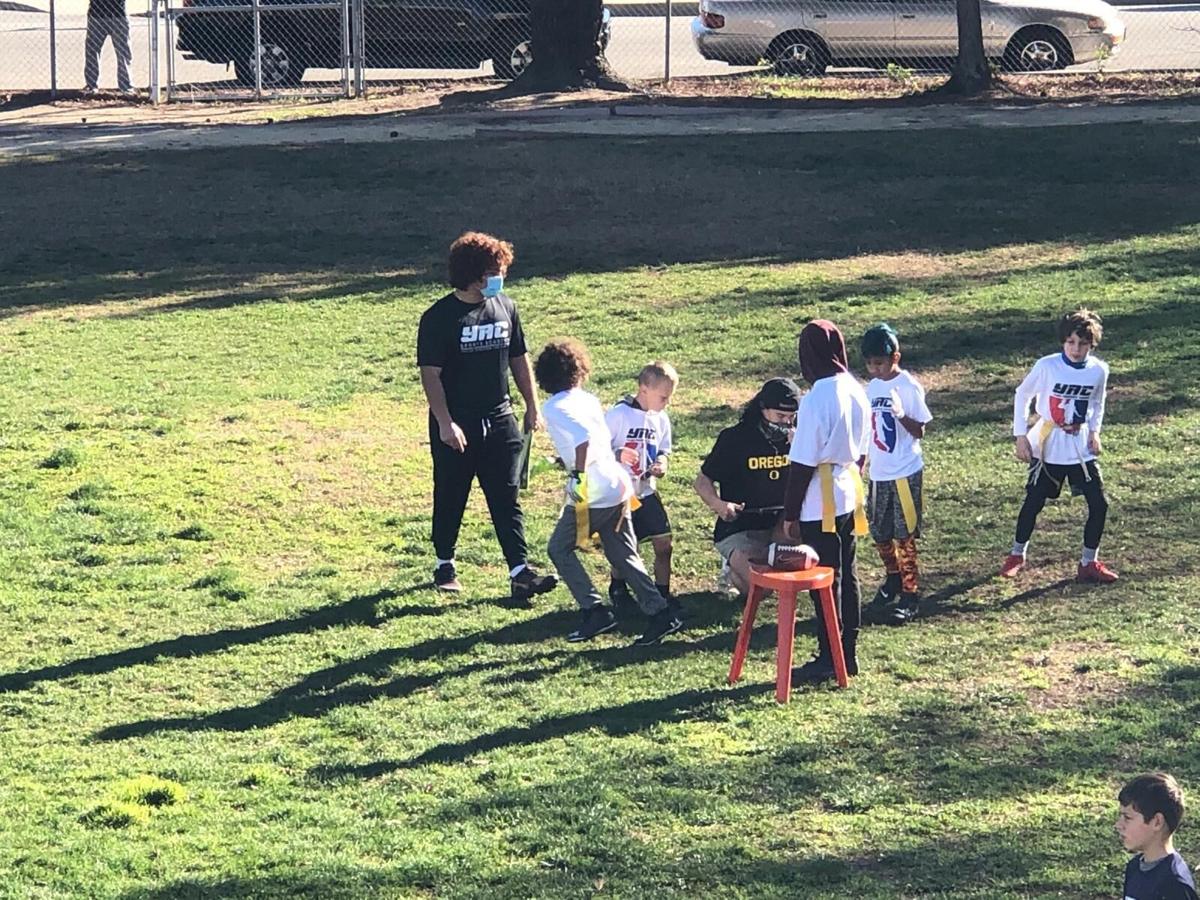 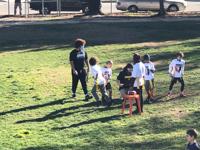 ARTERO: Former Father Duenas Memorial School running back Kein Artero, left, helps teach children to play football in Moorpark, Calif. This summer, Artero hopes to return to Guam and teach what he has learned to the island's youth. Photo courtesy of John Diaz 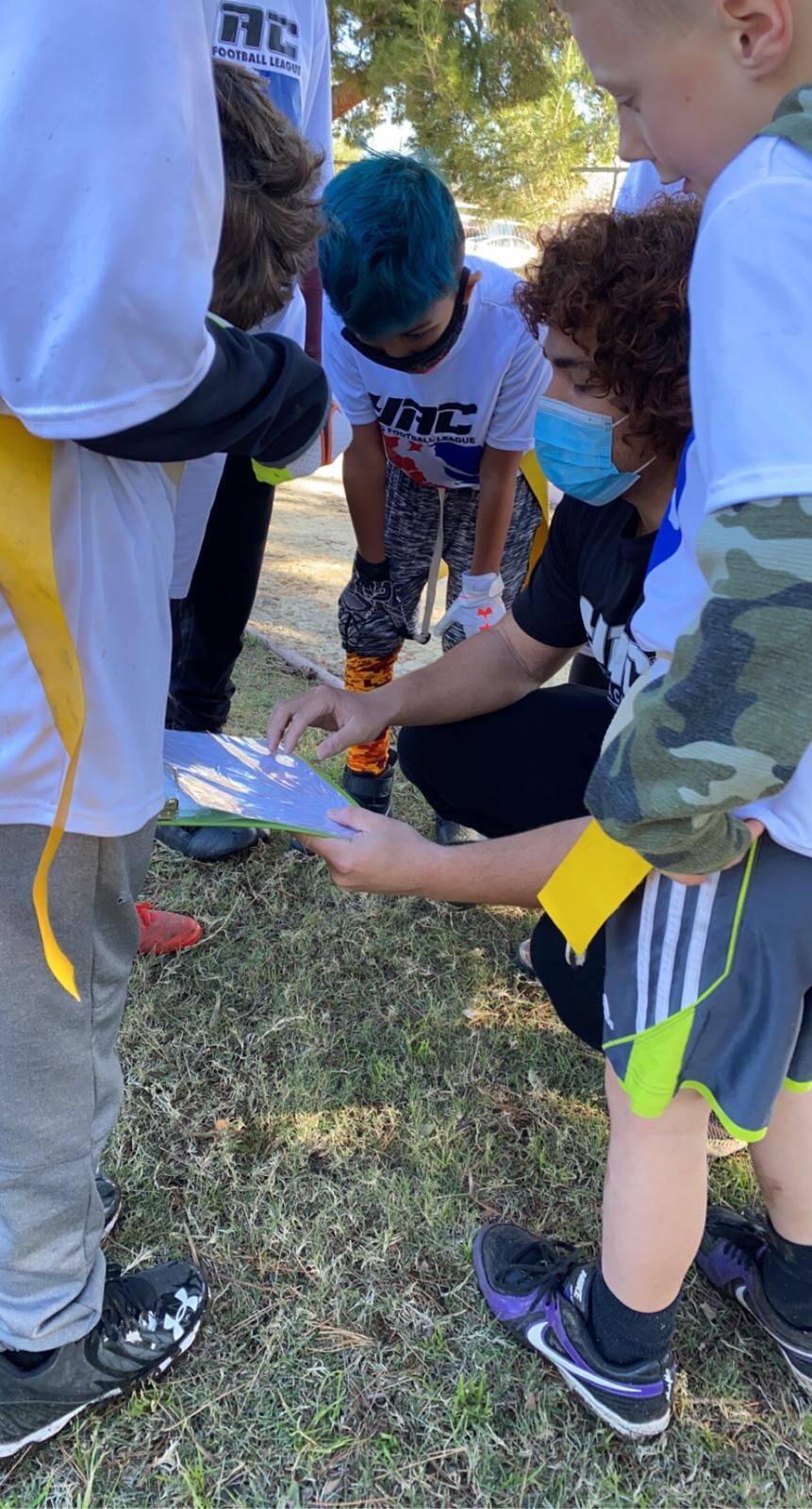 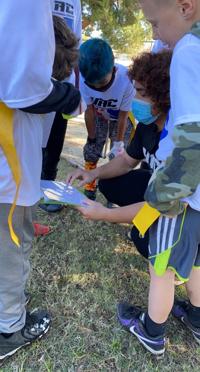 ARTERO: Former Father Duenas Memorial School running back Kein Artero, left, helps teach children to play football in Moorpark, Calif. This summer, Artero hopes to return to Guam and teach what he has learned to the island's youth. Photo courtesy of John Diaz

Moorpark College has not only given Chase Spotanski, Kein Artero and TJ Ludwig an opportunity to play football at the collegiate level, but has taught them ways they can give back to the community. With the help of John Diaz, the team's recruiting coordinator and safeties coach, the three players have been assisting in a youth flag football league with the hope of bringing a similar program to the island to develop Guam football.

Diaz, the co-founder of with Young Athletes for Christ Foundation, created the flag football league five years ago for kids ages 7-13 in Ventura County, California. The YAC Flag Football League is played at Moorpark College’s football facility, so it is relatively easy for his players to get involved.

“It’s [YAC Flag Football] pretty much our introductory program to get kids in our community actively involved in sports and start to develop motor skills. Especially with the pandemic, it was the first thing we were able to do here in Ventura County to give kids the opportunity to have something to get outside.” said Diaz, who was born on Guam but relocated to Camarillo, California when he was a child.

“I thought it would be a great idea for Chase, Kein and TJ to be a part of it. I know they want to develop some things we’re doing out here in the states and duplicate it back in Guam, so I wanted them to experience it so they can get exposure and potentially run it themselves,” Diaz said.

Freshman Kein Artero, who has yet to play a minute of college football due to the COVID-19 pandemic, is thankful be a part of the youth football league and agrees with Diaz about doing something similar on island in the near future.

“We were fortunate to help Coach Diaz with YAC football and help younger kids with their game," said Artero, one of the best running backs in Father Duenas Memorial School has ever produced. "We want to do something like that this summer for Guam and have a little 7 vs. 7 tournament for fun,” said Artero, who thinks it can ultimately help build the competitiveness of football on Guam.

Spotanski, a former defensive MVP on John F. Kennedy High School's football team, and a graduate of Notre Dame High School, is a second-year player at Moorpark has had a little more experience with coaching younger athletes since he participated in YAC during his freshman year. With an extra year of experience, he understands how having something similar in Guam could help the next generation.

“In the end, it’s all about the next generation," Spotanski said. "I feel like an example and a trailblazer because even if I don’t make it to the next level, the younger kids can learn from me and all the other collegiate athletes from Guam. They can hear feedback about our mistakes, things to do and things to avoid.

“It’s always been my goal to come out here, learn as much as I can and come back to Guam and spread my knowledge. I just want to give back because it’s really all about the kids and how we can set them up for the future and create new opportunities for them.”

“It’s always been my goal to come out here, learn as much as I can and come back to Guam and spread my knowledge." Chase Spotanski, linebacker, Moorpark College Raiders

Should the government of Guam legitimize Land Trust leases that are considered null and void?

Getting back to normal should leave no one behind

"My vision for Guam – after July 21 – is to get back to normal as possible," Gov. Lou Leon Guerrero said in her remarks at an economic forum h… Read more

Over the last week, I have reviewed case law and various aspects of the FOIA process of the Guam Sunshine Law. Under this law, citizens have t… Read more

A new car will not improve an impaired drunk driver, neither will a new hospital improve the impaired GMH leadership

It is a great idea to have a new hospital built on Guam, but will that improve medical care at the Guam Memorial Hospital? With all due “respe… Read more