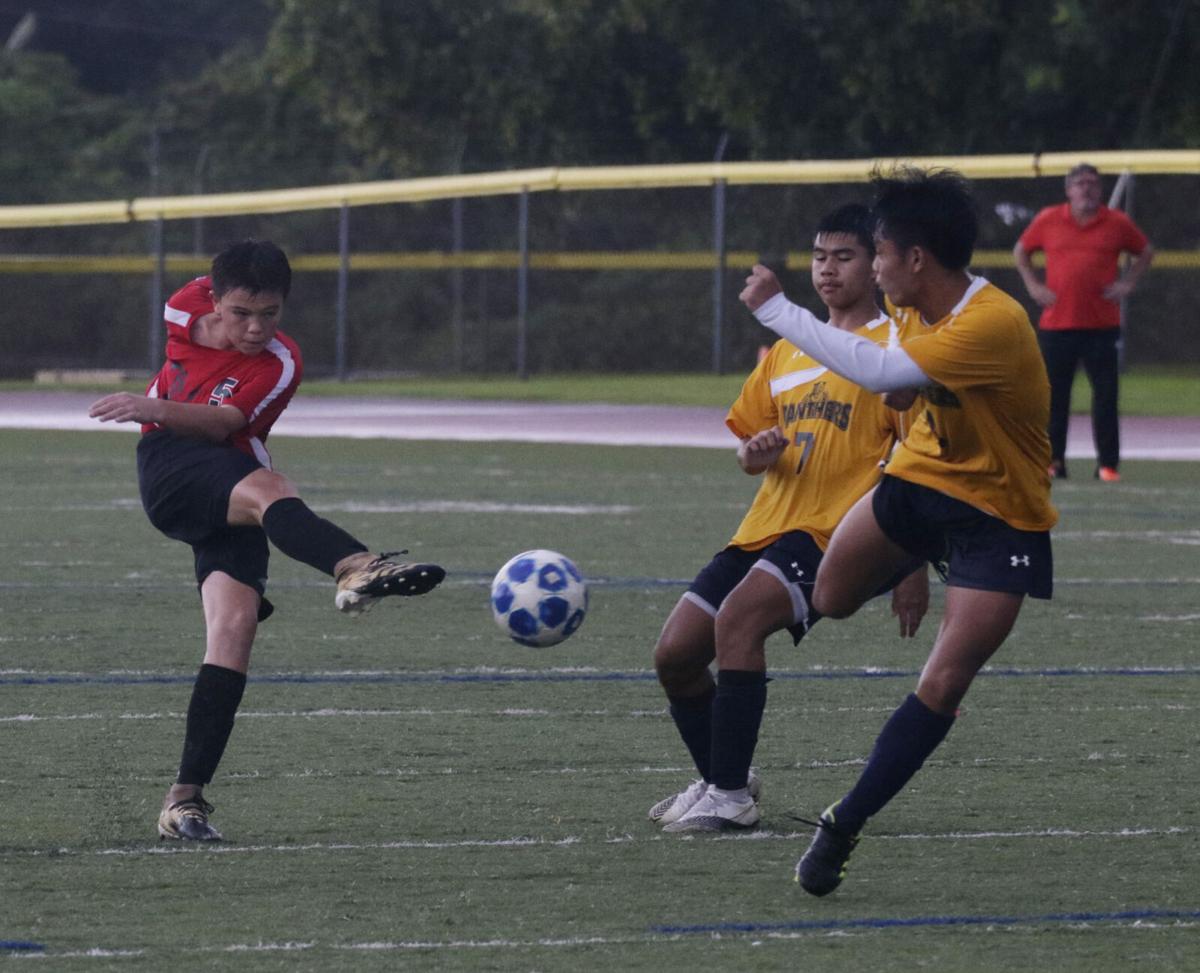 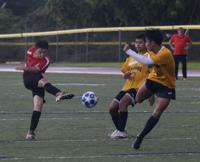 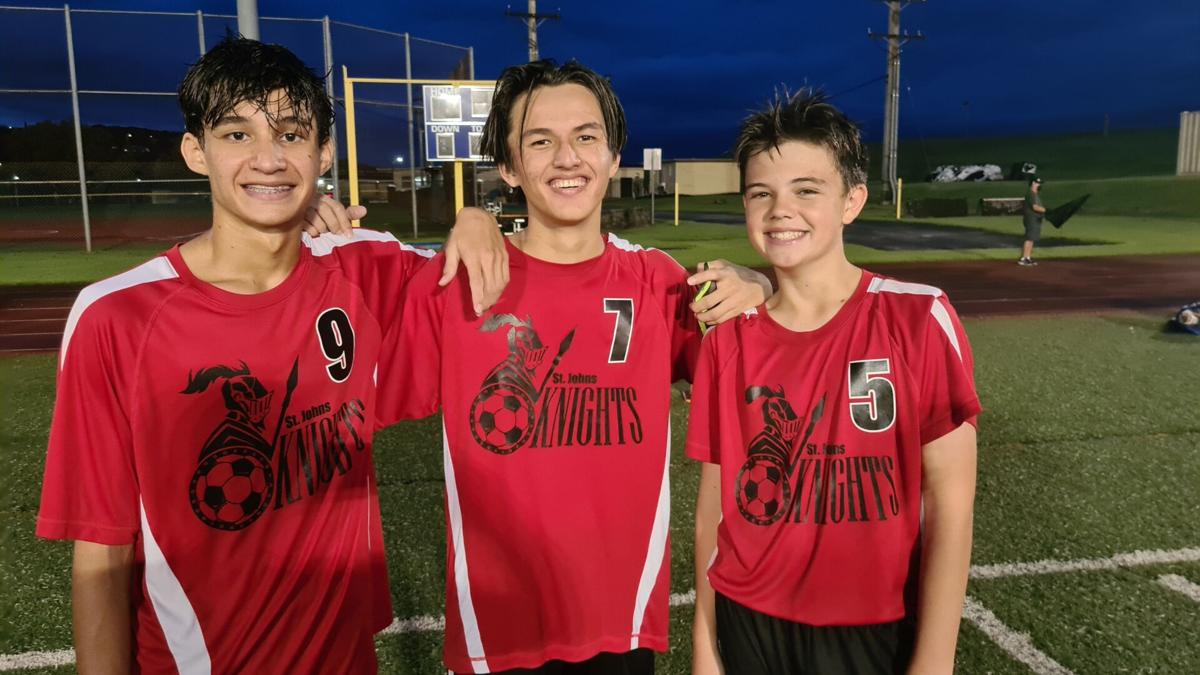 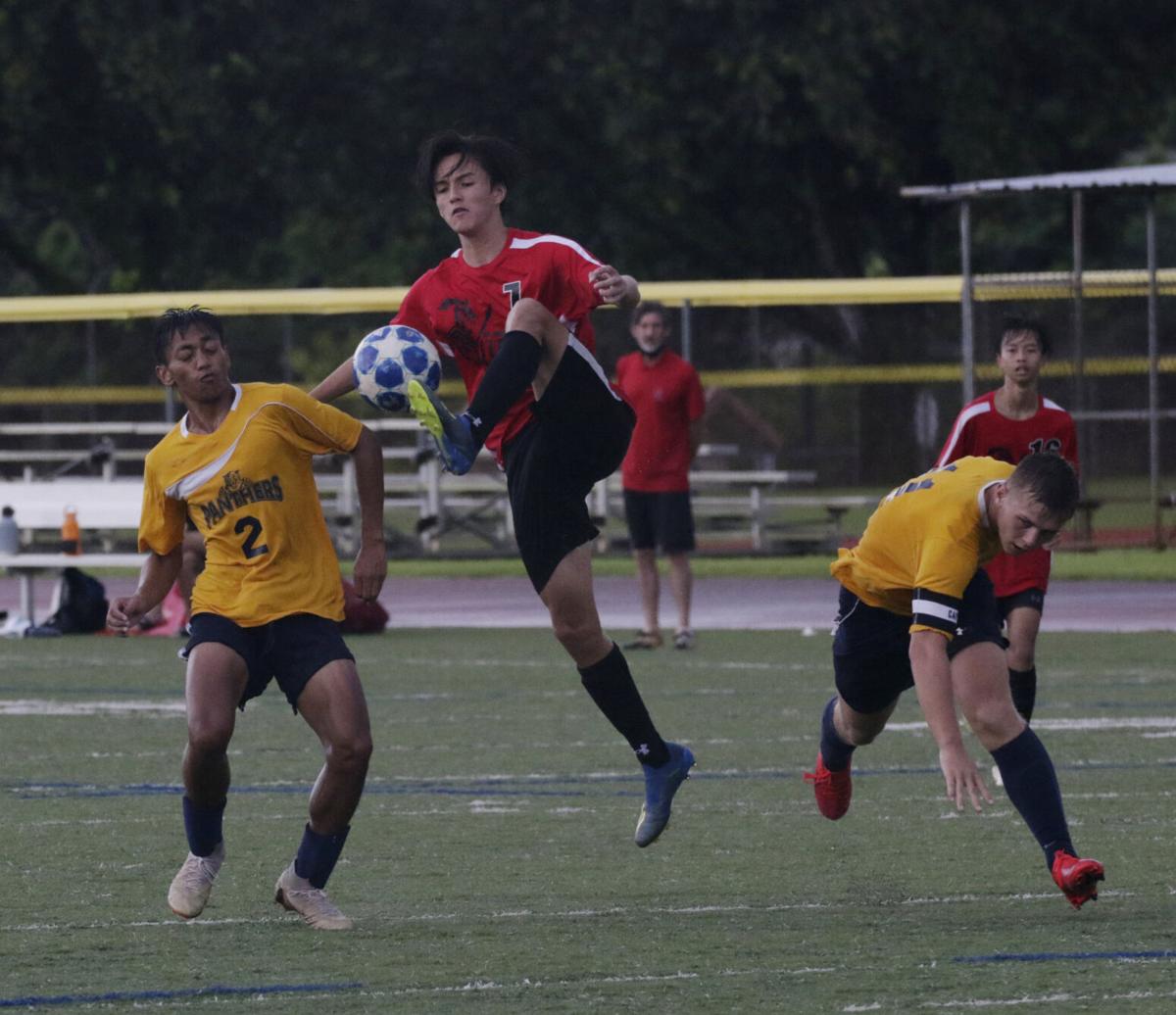 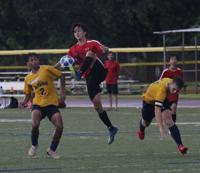 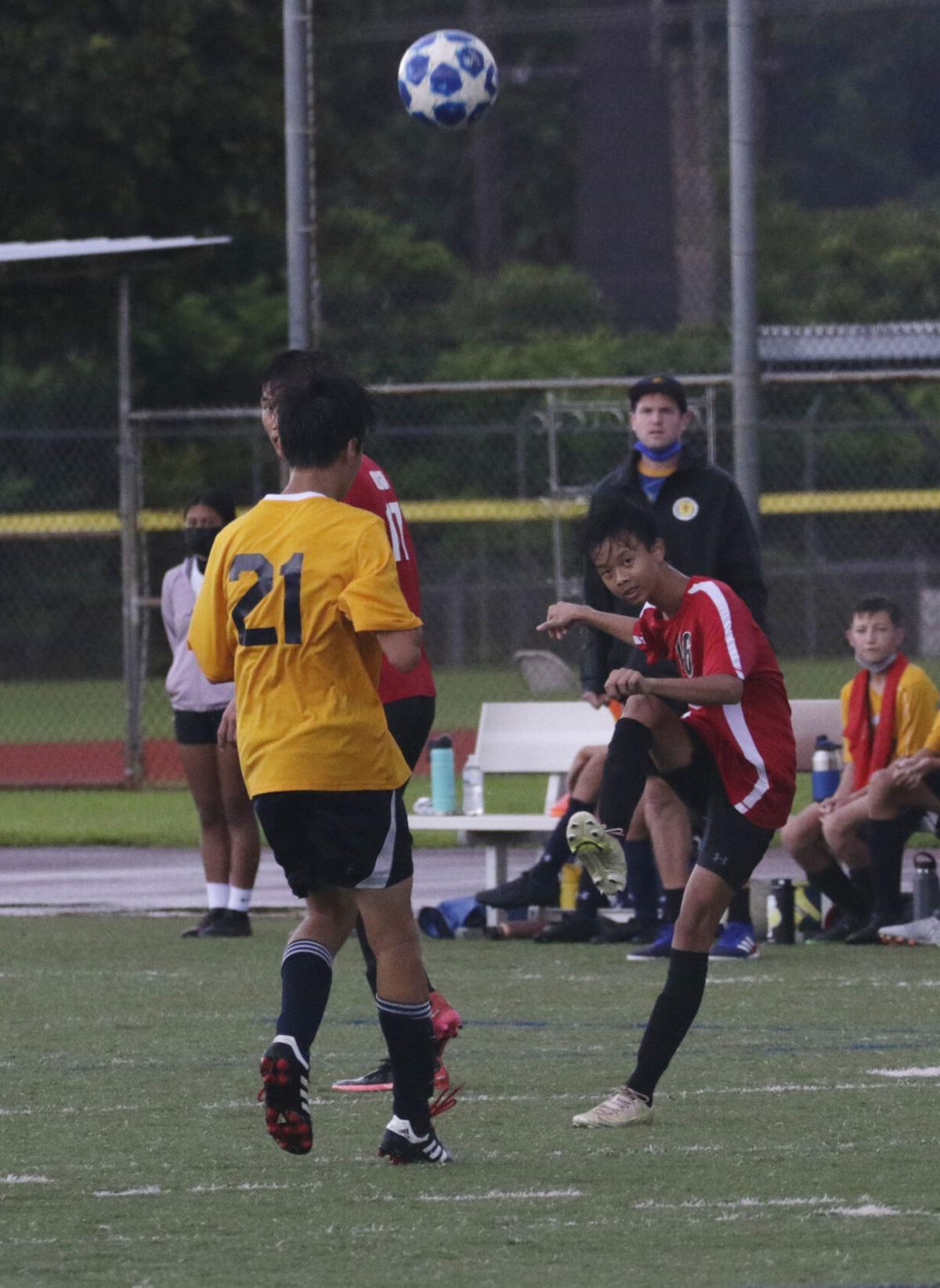 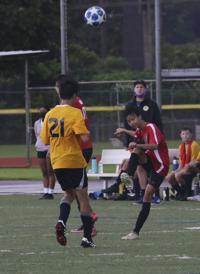 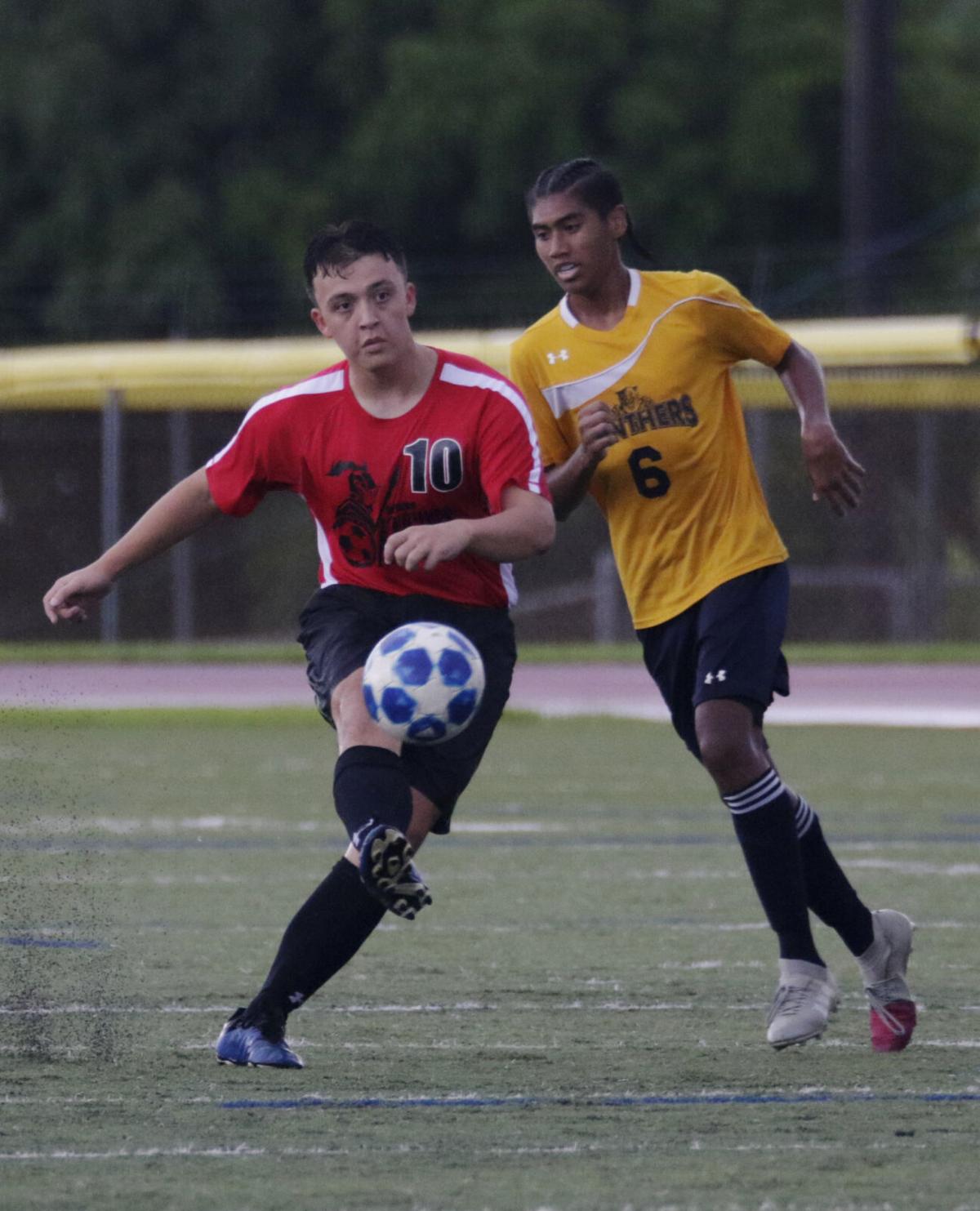 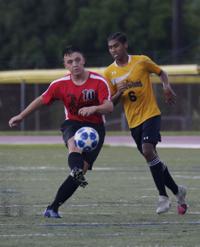 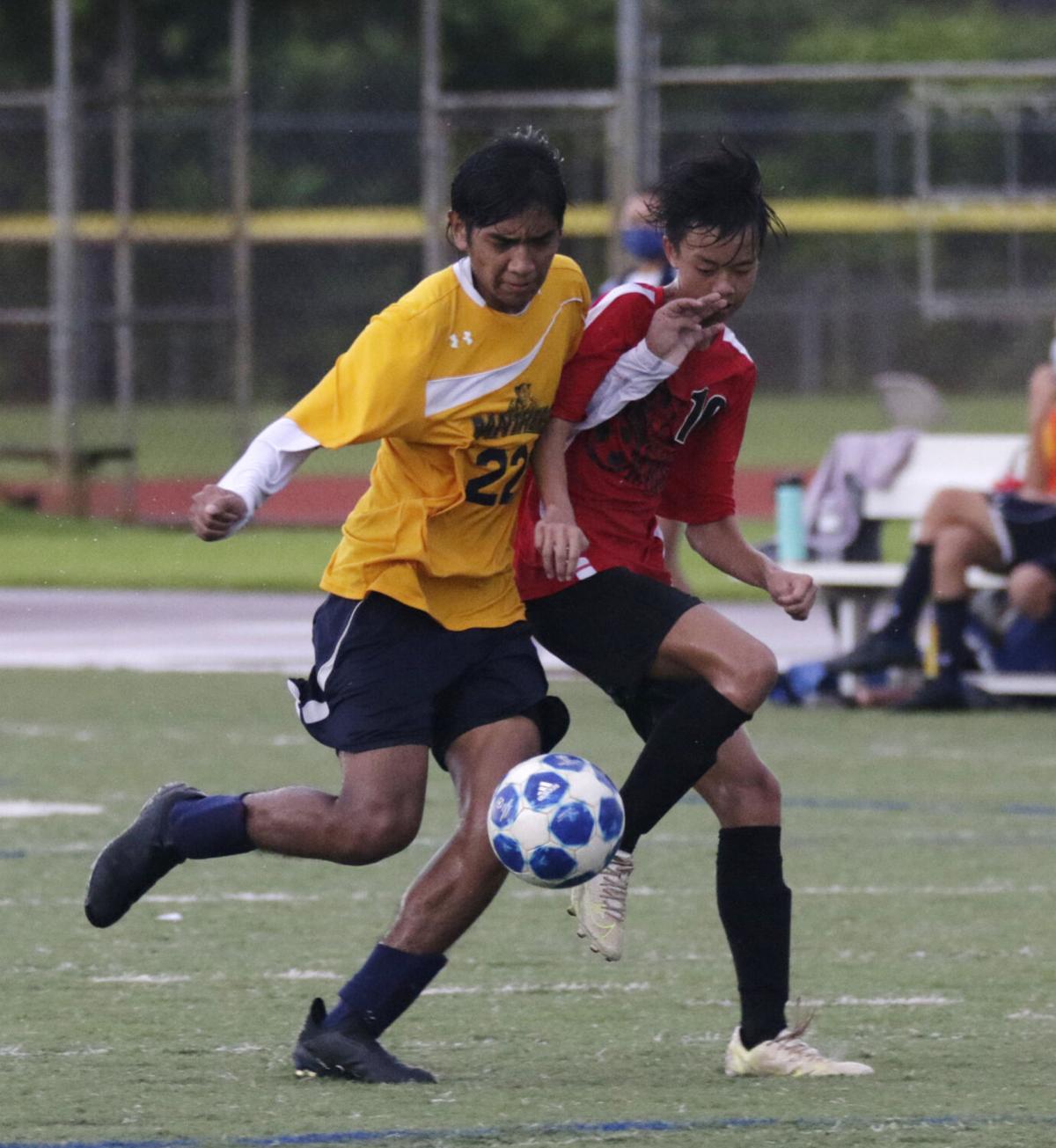 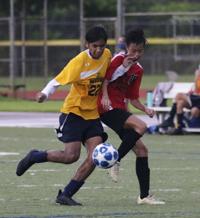 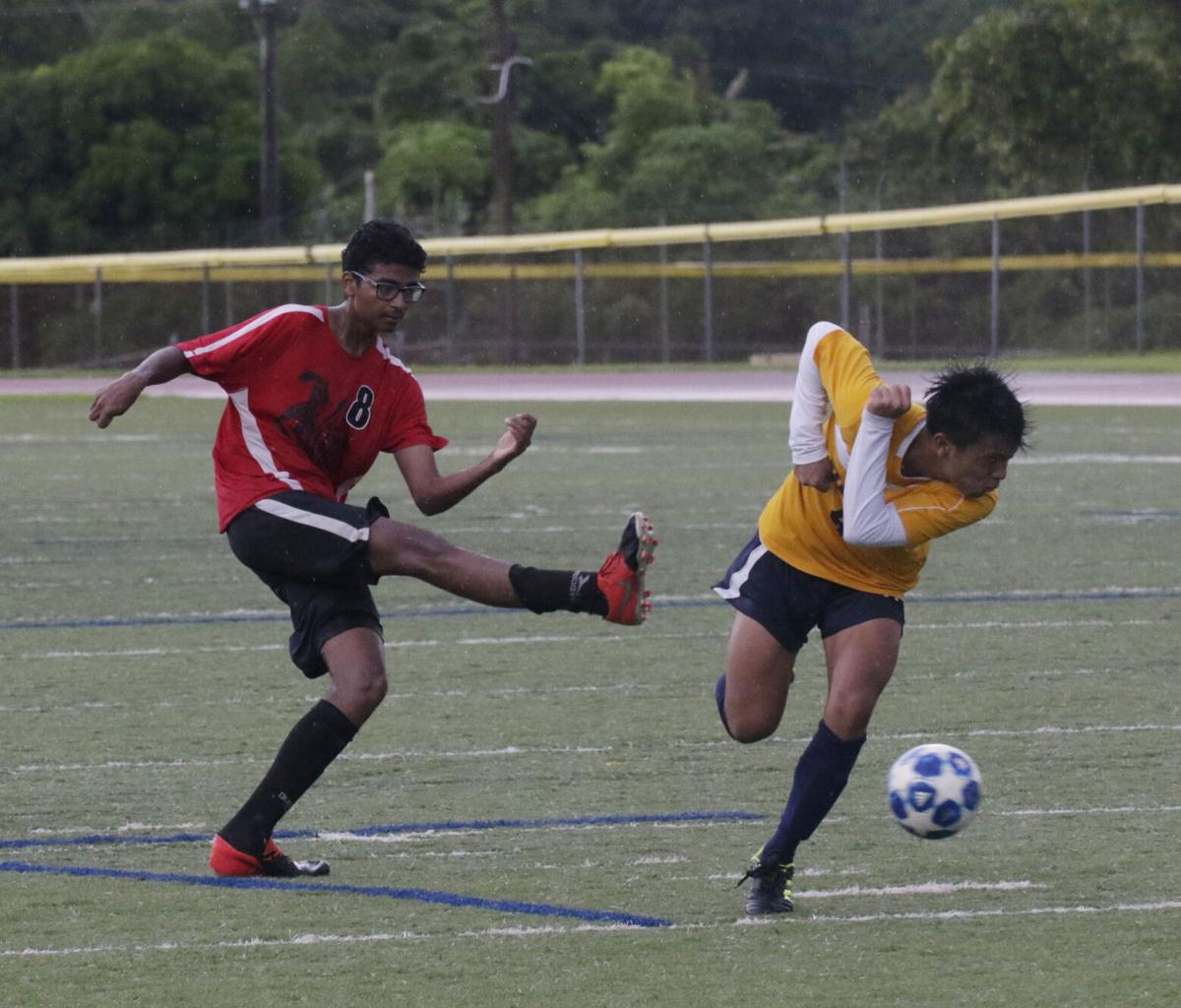 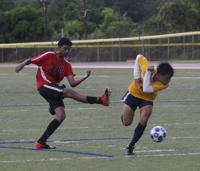 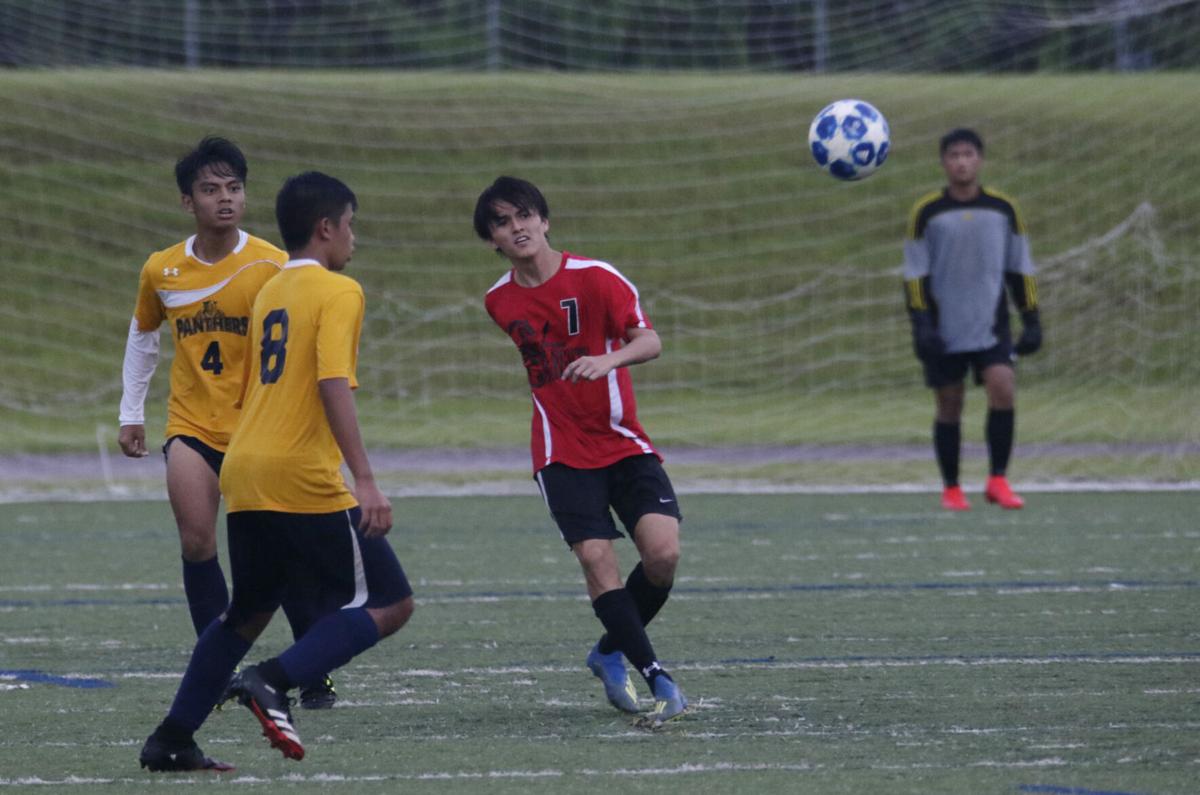 It took the defending champion St. John’s School Knights soccer players just over 18 minutes to figure out an improving Guam High School Panthers squad, but when they did, they handed the home team its fifth straight loss.

The Knights, with two goals from Andrew Stenson and one apiece from Isaac Phillips and Meto Harmon, won Saturday’s Independent Interscholastic Athletic Association of Guam Round 2 opening game 4-1.

Stenson, with previous shots sailing high and wide, found his range in the 19th minute. After receiving a pass from left winger Justin Li, who had two assists on the day, Stenson drilled a shot past Panthers goalkeeper Noah Potter into the lower right corner of the net.

The Knights, 10 minutes later, turned a Jason Palomares corner kick into a second goal. As Phillips found open space between a defender and the right goal post, the 14-year-old freshman deflected in the first goal of his high school soccer career - an "excuse-me" bump with just enough backspin to fool Potter and trickle past the goal line.

“It felt really great,” said Phillips, after scoring his first high school goal. “At first, I didn't know if it was a goal, but when I saw it went in, I just got super happy. I just stuck my foot out and it just hit the bottom of my foot and spun in. So, it was pretty lucky. I'm going to try and get more.”

With a 2-goal lead to end the first period, the Knights started the second half where they left off. Stenson, in the 49th minute, found himself all alone in front of the Panthers box and blasted a shot directly at Potter. The shot, too hot to handle, pried its way out of Potter’s arms and into the net.

The Panthers, not to stay empty-handed on their own pitch, scored in the 67th minute - a shot from Nic Moore, beating Knights goalkeeper Miles Ganeb.

The Knights, leaving nothing to chance, two minutes later, in the 69th minute, scored the game’s final goal.

“It was definitely important to show them that we were on top and show them that goal wasn't really worth it - shoot right back at them,” said Harmon, who had etched his name into the scorer's sheet.

The FD test is coming soon

The Knights, in Round 1, suffered their only loss to the Father Duenas Memorial School Friars. They will play each other again at 4:30 p.m. Wednesday, Oct. 27, at St. John’s.

Harmon said beating FD is important, especially because he is prepared to meet the Friars again in the playoffs.

“It would be definitely super important, it would put us on top,” he said. “It would definitely give us a lot of confidence, especially when it comes to the semifinals and finals, because, we'll most likely see them again in the finals.”

“At first, I didn't know if it was a goal, but when I saw it went in, I just got super happy."