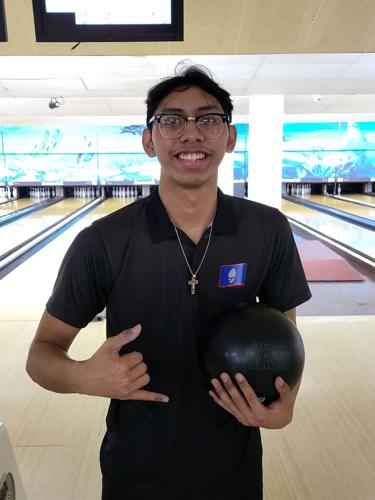 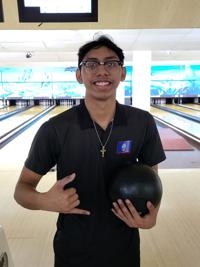 NOVEMBER KING: Noah Taimanglo was crowned Budweiser King of the Lanes and qualified for the end-of-the-year finale. Photo courtesy of the Guam Bowling Congress 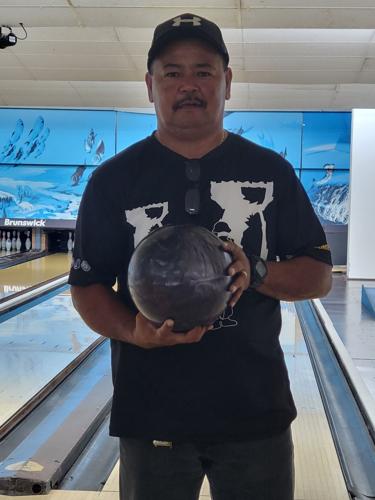 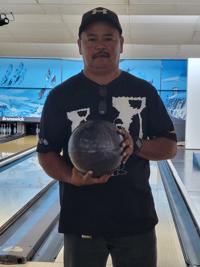 NOVEMBER KING: Noah Taimanglo was crowned Budweiser King of the Lanes and qualified for the end-of-the-year finale. Photo courtesy of the Guam Bowling Congress

It was a successful return to the competition stage by a former national youth standout as he qualified for the grand finals after a two-year absence from the competitive scene. Noah Taimanglo returned to form, nabbing the November Budweiser King of the Lanes title to qualify for the year-end finale after he defeated heavily favored southpaw RJ Santos.

Third seed Santos rampaged through the elimination rounds with ease as he more than doubled up on ninth seed Gregory Borja’s score in the first round, conquered fourth seed Aaron Elliott in the quarterfinals, then dropped second seed Cesar Villanueva in the semifinals. Unfortunately, against top seed Taimanglo, who earlier defeated fifth seed Juan Blas to qualify for the monthly finals, Santos ran out of steam.

Taimanglo took advantage of Santos’ mishaps early in the game, keeping the match at hand to easily earn the title.

Taimanglo took top honors in the qualifier held earlier in the day on the medium lane pattern as Villanueva edged Santos by a pin for the second seed post. Elliott finished in fourth. Blas, Ricky Duenas, Ray San Nicolas, Maria Wood, Borja, and Josiah Lanuza finished in the top 10 positions to qualify for the elimination round.

Twenty bowlers, including the monthly winners, the defending champion JD Castro, and bowlers accumulating the most points during the year, will duke it out on Dec. 18 for the coveted Budweiser King of the Lanes Grand Champion.

Bill Roberto claimed his second Budweiser Prince of the Lanes title. In this month's match, he edged out third seed Jimmy Pinaula with the help of his six-pin handicap advantage. The match was a nail-biter as both bowlers were within striking distance for the title. In the end, Roberto managed to stay within his handicap margin to win the match by five sticks.

The Budweiser Prince of the Lanes grand finals will also be held Dec. 18, where 20 bowlers will be invited to compete alongside the monthly winners for the coveted title.