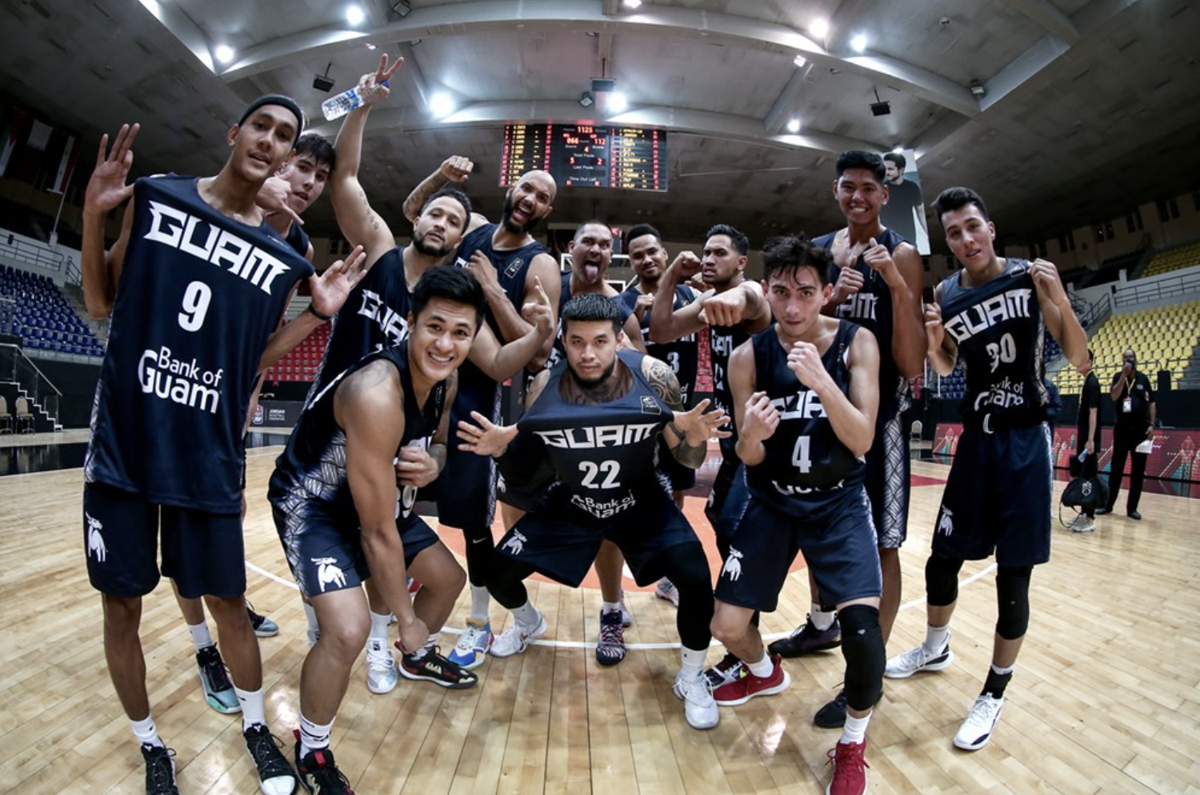 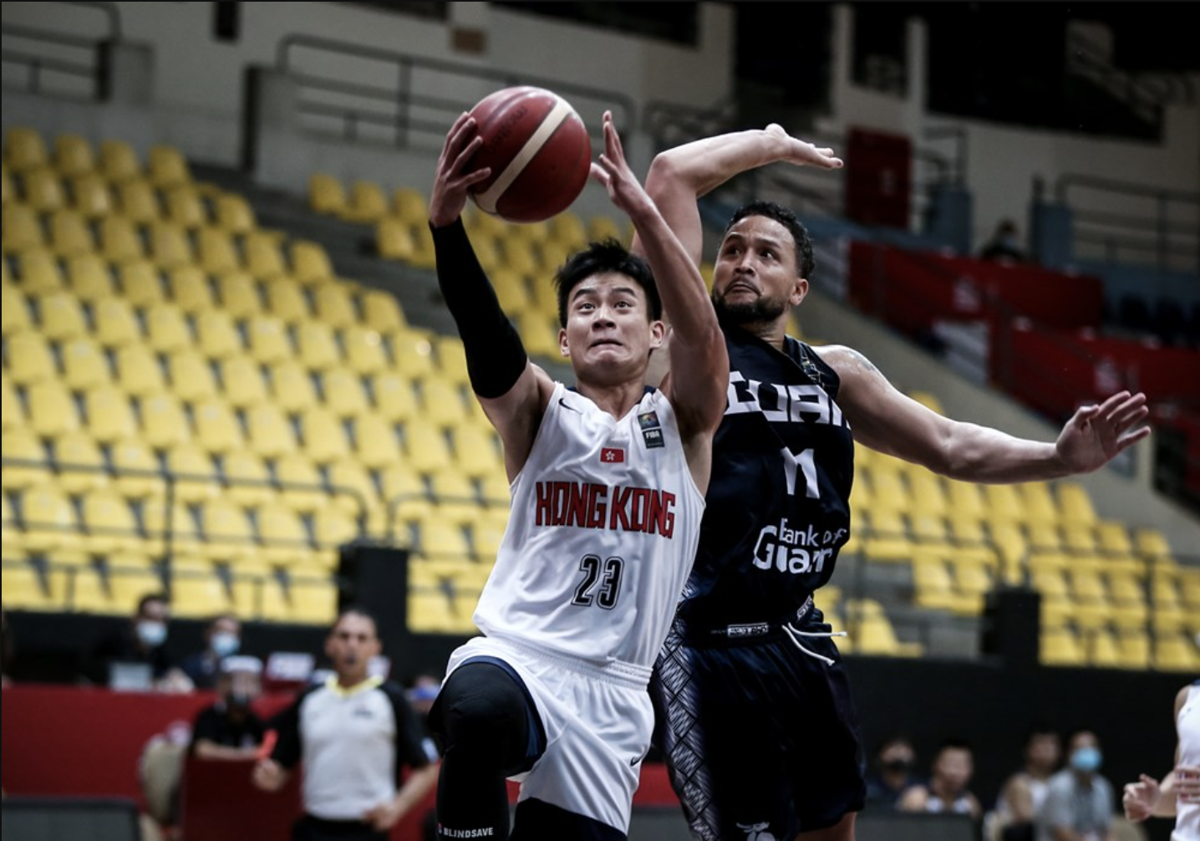 NOT TODAY: Team Guam's Joe Blas chases from behind in the 2021 FIBA Asia Cup qualifier Tuesday against Hong Kong in Amman, Jordan. Photo courtesy of FIBA 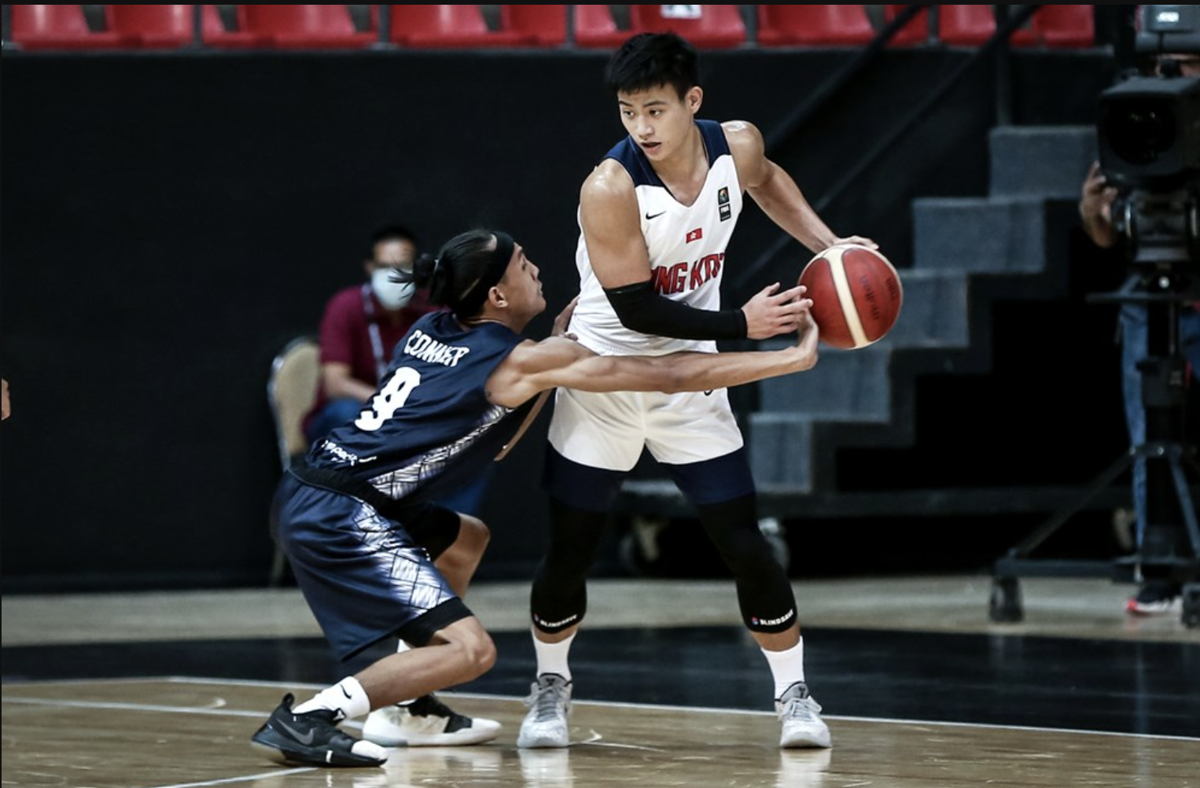 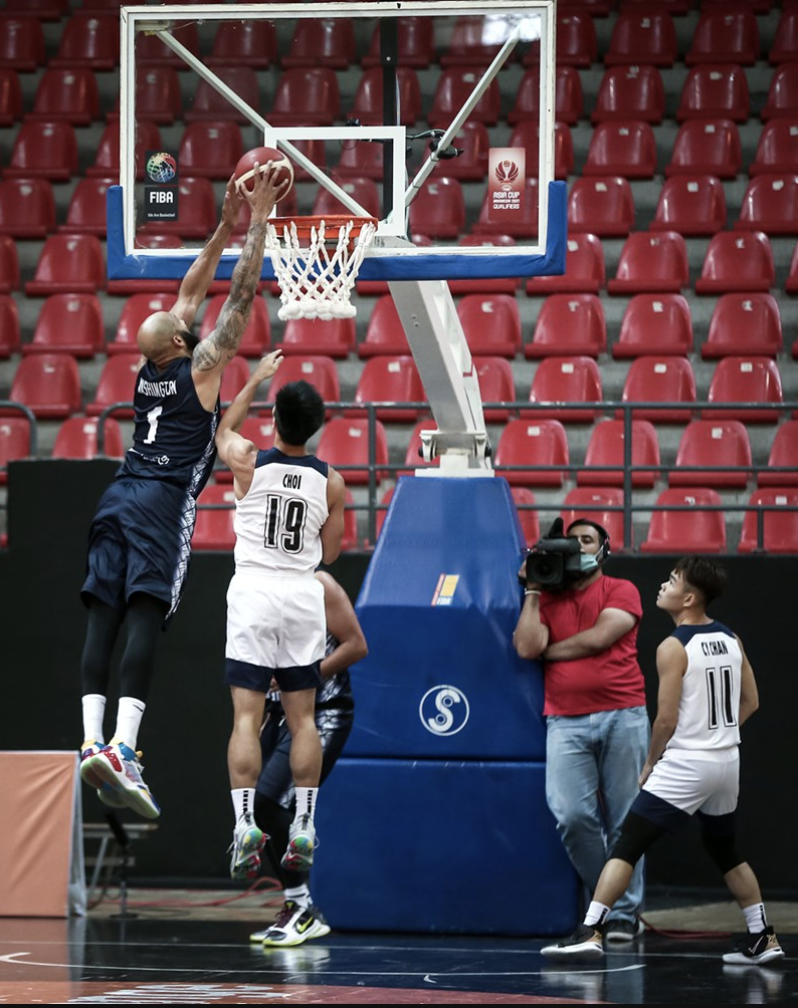 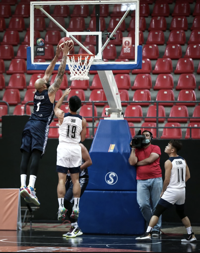 MONEY: Team Guam's Curtis Washington rises up easily over a Hong Kong defender to throw down a two-handed dunk in the 2021 FIBA Asia Cup qualifier Tuesday in Amman, Jordan. Photo courtesy of FIBA

NOT TODAY: Team Guam's Joe Blas chases from behind in the 2021 FIBA Asia Cup qualifier Tuesday against Hong Kong in Amman, Jordan. Photo courtesy of FIBA

MONEY: Team Guam's Curtis Washington rises up easily over a Hong Kong defender to throw down a two-handed dunk in the 2021 FIBA Asia Cup qualifier Tuesday in Amman, Jordan. Photo courtesy of FIBA

The Guam men’s national basketball team sent a resounding message to FIBA Asia, earning a seat at the qualifying tournament in Indonesia in August.

Dominating from start to finish, Team Guam routed Hong Kong 112-66 in its second meeting at the 2021 FIBA Asia Qualifier Tuesday in Amman, Jordan. A demonstration of the team’s versatility, depth and firepower, Guam put on a showcase with everybody getting an opportunity to earn minutes and four players dropping double digits in the high-octane offense.

The wins in Amman – the first for Guam – will allow the men’s team to advance to a final qualifying tournament, tentatively set for August in Indonesia. The top four teams from this tournament will book their ticket to the big show – the 2021 FIBA Asia Cup.

COVID-19 and all the delays have definitely thrown a wrench into the works. Originally, qualifying windows were slated for February 2020, November 2020 and February 2021. But, things didn’t go as planned.

The final opportunity for teams were the qualification bubbles in Jordan and Philippines. With Guam’s wins, they should be playing in Indonesia in August. But, the situation with Group C, which features Australia, New Zealand, Guam and Hong Kong, is still unknown.

Head coach EJ Calvo spoke at a press conference after the game, pushing Guam’s case to play in FIBA Asia.

“We’ve shown up and agreed to play anywhere that FIBA’s asked us,” he said. “Now that we have won these two games, we are very excited and hope that FIBA pushes us through to the FIBA Asia Cup.”

“I’m not sure what the situation is with Group C, but we’re here, we did our job and we hope that Team Guam will be seen at the Asia Cup,” he said.

No stemming the tide

When the two teams went head to head Sunday, Guam won well, but there were some lapses and gaps in defense.

However, that wasn’t the case two days later as the Guam athletes put on a clinic, taking apart the Hong Kong defense to push out to a 63-26 lead at the half. Running full court traps, half court traps, double teams, Hong Kong threw everything including the kitchen sink in an effort to stem the tide. But, Guam’s offensive weapons made them pay each time they denied an opportunity.

On the defensive end, Guam played a better game on the perimeter, chasing them off the line to keep them at a sub-par 36% field goal shooting percentage. In nearly every facet of the game, Guam played to potential, picking pockets for easy layups, finding the open man for a couple of alley oops in transition and draining long treys when they double teamed the big man.

Out rebounded and out hustled, Hong Kong was a shell of the team on Sunday that lit up from beyond the arc. While they had bursts of play, any hope was quickly squashed as Team Guam continued to run away with the score.

Big man Tai Wesley did his job, closing out the night with 18 points, 15 boards and five assists. Jericho Cruz had 20 points, four boards. Daren Hechanova did his damage as the point guard, ending the evening with 8 points, eight boards and seven assists. Takumi Simon and Curtis Washington added to the night’s blistering total with 11 and 16 points, respectively. Team Guam closed out with 29 assists, one of the top three teams in the tournament – a testament to their ability and unselfish play.