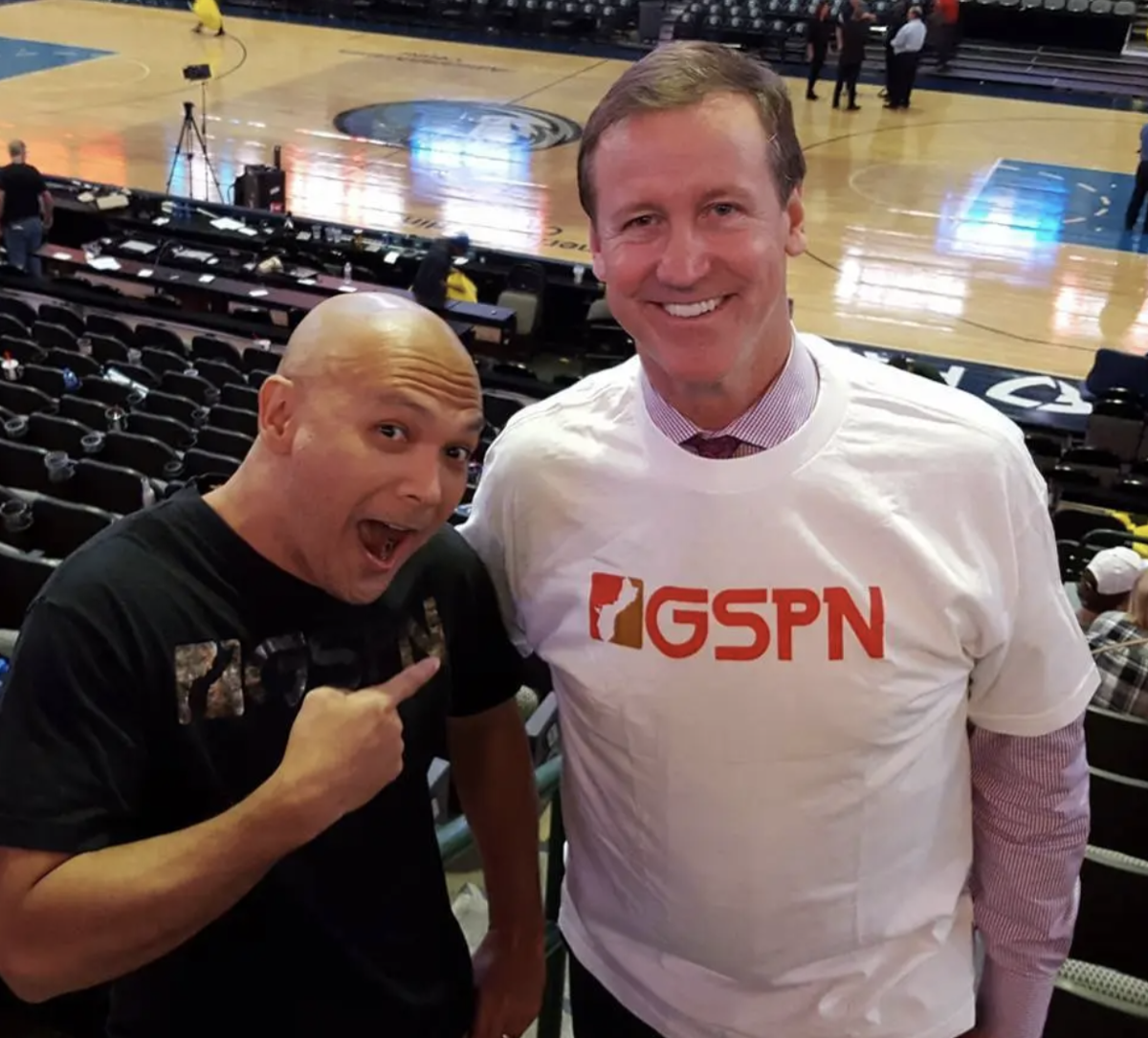 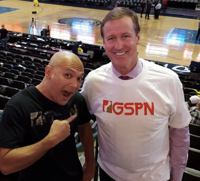 WELCOME HOME: Terry Stotts, who has 20 years of NBA coaching experience including head coaching stints with the Atlanta Hawks, Milwaukee Bucks and Portland Trail Blazers, is shown with GSPN's Patrick Lujan at a game in 2016. GSPN 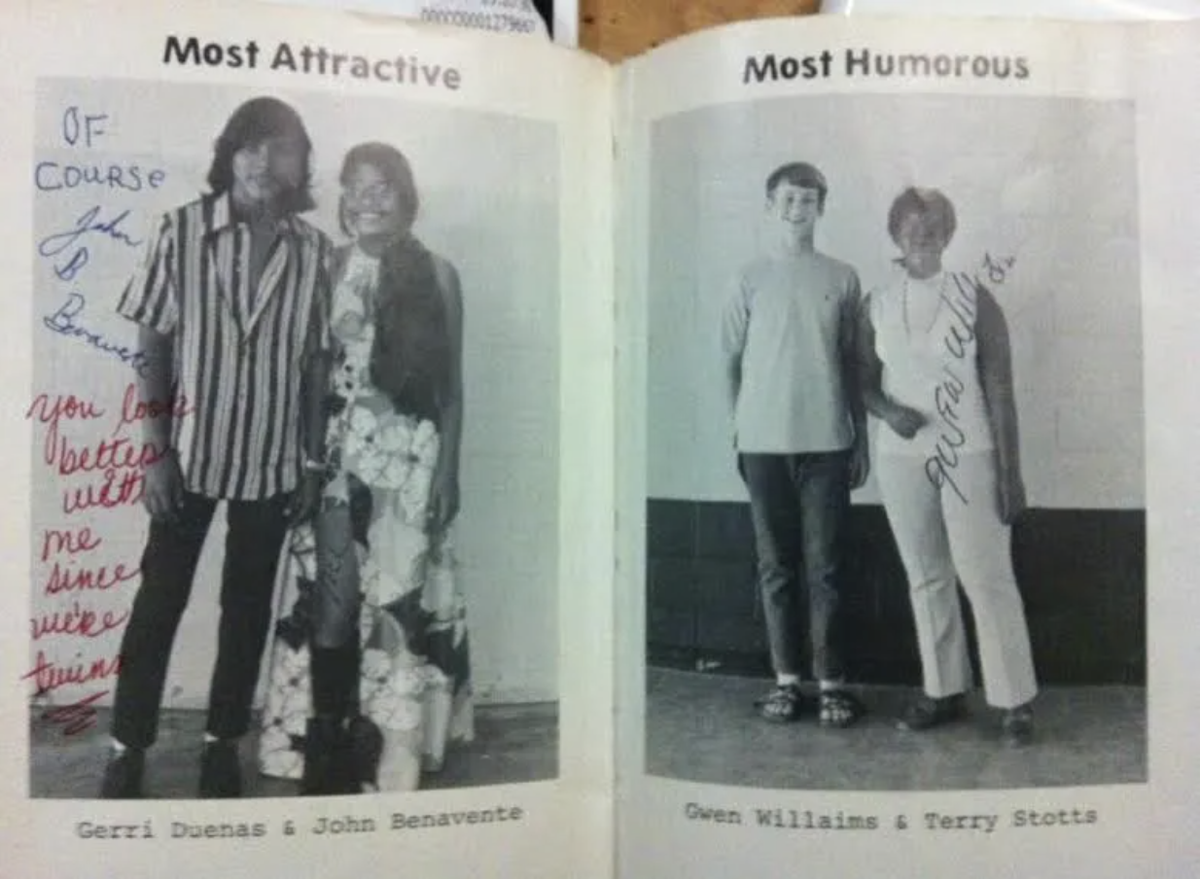 A ROADRUNNER AND AN ISLANDER: Terry Stotts was even voted ‘Most Humorous’ back at Dededo Junior High – now known as Benavente Middle School. GSPN

WELCOME HOME: Terry Stotts, who has 20 years of NBA coaching experience including head coaching stints with the Atlanta Hawks, Milwaukee Bucks and Portland Trail Blazers, is shown with GSPN's Patrick Lujan at a game in 2016. GSPN

A ROADRUNNER AND AN ISLANDER: Terry Stotts was even voted ‘Most Humorous’ back at Dededo Junior High – now known as Benavente Middle School. GSPN

Former NBA head coach Terry Stotts will finally get his chance to come back to the island he once called home.

He will also be inducted into the University of Guam Sports Hall of Fame on Saturday, Nov. 6.

The head coach of the Portland Trail Blazers from 2012-2021, Stotts has always wanted to return to see how the island has changed, but coaching basketball has always been beyond a normal full-time job.

The Stotts connection dates back to 1969 when Frank and Jayne Stotts came to Guam to teach. Terry was 11 years old, brother Mark was nine and twin siblings brother and sister, Arlyn and Audrey were 7.

Frank Stotts was a pioneer in Guam basketball, becoming the first basketball coach ever at UOG and was one of the very first to expose Guam players to off-island competition.

According to Mark Stotts – Terry Stotts’ brother who still lives on Guam – Terry moved to Indiana in 1974 after their parents divorced. Terry Stotts visited Guam frequently for the next 11 years to see his dad, Frank, who stayed until 1992.

Now Jayne Phelps, the 83-year-old mother of the Stotts siblings, has been back to Guam in recent times to visit Mark, her two grandchildren and five great grandchildren.

To this day, the play of Terry Stotts on the courts of Dededo Junior High (now VSA Benavente Middle School) and John F. Kennedy High School is legendary. The stories will be fresh with former island hoop stars like Joe Taitano, Tony Susuico and Ben Lizama.

During our talk after the 2016 game, he even started singing the old Johnny Sablan song, “Hafa adai, Todu Maolek, How are you?”

Despite going 42-30 last season, Stotts’ nine-year run with the Trail Blazers ended after their first-round playoff loss to the Nuggets.

He owns a career 517-486 mark over head coaching stints also with the Atlanta Hawks (2002-2004) and Milwaukee Bucks (2005-2007). He started his NBA coaching career in 1992 as an assistant with the Seattle SuperSonics, where he was part of the 1996 Sonics team that went to the NBA Finals against Michael Jordan and the Bulls.