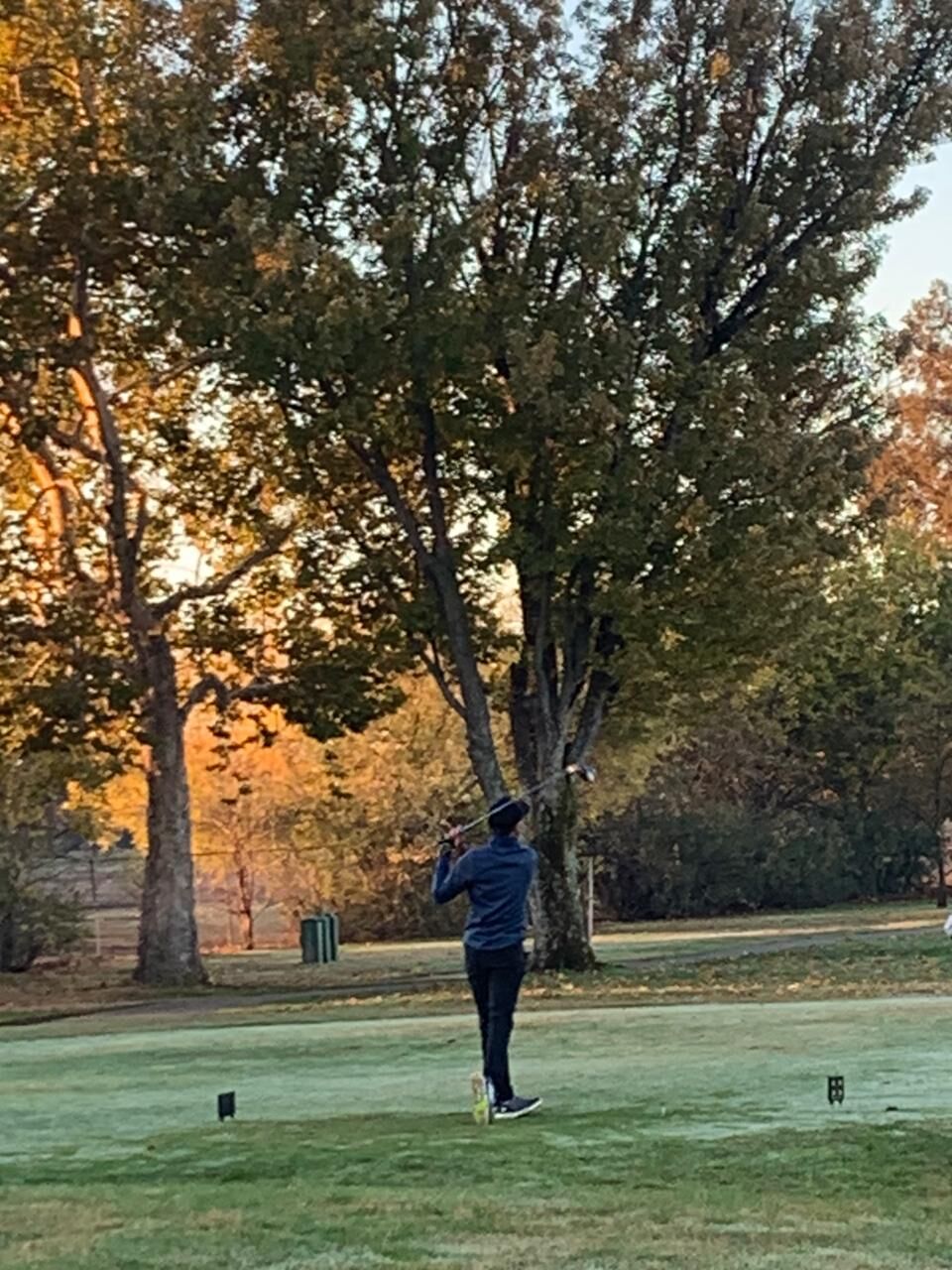 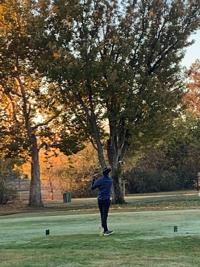 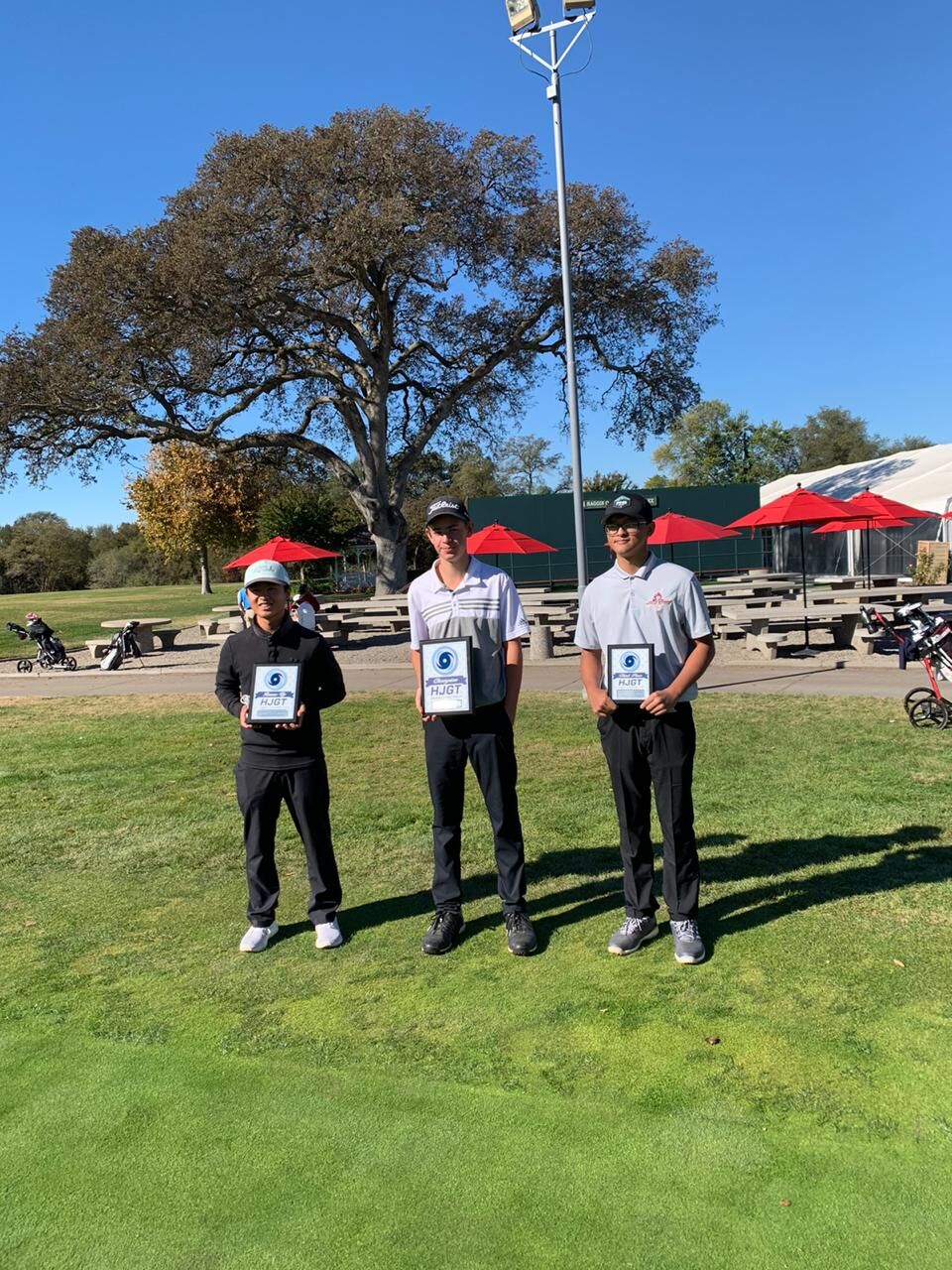 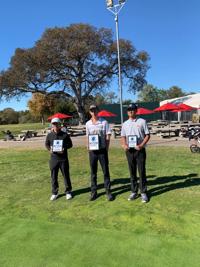 After many months of dormant athletics on Guam, Father Duenas Memorial School Friars’ 16-year-old golf standout Markus Nanpei and his father, Mark Nanpei, escaped the island for a five-tournament swing through California and Nevada.

With Gov. Lou Leon Guerrero having finally greenlighted golf last month, the on-again-off-again rules have created a precarious situation for the naturally socially distanced sport and its athletes.

During the first tournament, the Sacramento Fall Junior Open, an event on the Hurricane Junior Golf Tour, Markus Nanpei placed third in the Boys 16-18 Division. Competing in his first-ever international tournament at this level, he was one of the youngest players and matched his peers on the Haggin Oaks Golf Complex Tiger Woods Golf Course.

“I was playing all right,” Markus Nanpei said from the passenger seat of a rental car whizzing along Interstate 80 through the Sierra Nevada Mountains toward Reno, Nevada. “I had a couple bad holes that stopped me from placing higher.”

“He’s playing against all the seniors. It’s a minor adjustment, but, at the end of the day, … he just needs to play well,” he added. “He’s capable of competing. You’ve got to finish strong.”

“The competition is better,” Markus Nanpei said. … “I think it’s helping me get better by challenging me more."

While battling the more seasoned competition and adjusting to 40-degree weather, Markus Nanpei hit four birdies and finished at 9 over par.

“It’s like 45 degrees in the morning. It goes up to 60,” Mark Nanpei said. “The ball is traveling different distances.”

He said that it was something his son had to adjust to.

“The object is to garner a trophy and get points on the junior scoreboard,” Mark Nanpei added. “We are focusing on all of these two-day events in hopes of getting high placing.”

Mark Nanpei shared that his son struggled on the opening day, in round one, but the following day worked his way into a first-place tie.

“He caught the leader after the first nine holes and – the back nine – he just faltered a little bit,” Mark Nanpei said. “One of the boys in front of him had a really good day,” he added, shedding light on Lukas Taggart’s first-place performance, which included three birdies on the final six holes.

“You’ve got to get more reps in,” he said, sharing some of the frustrations of living so far away from consistent, high-level competition and the many months of lockdown amid the coronavirus pandemic. “You’ve got to play. You’ve got to play more tournaments. You’ve got to put yourself in those positions where you feel that. It takes time to get used to that.”

Mark Nanpei reported that the golf courses in California are open.

“The courses have been booked, too,” he said. "You can’t get tee times on different courses.”

He added that during the lockdown he and his son did as much as they could.

“It’s been quite difficult,” he said.

He said that living on Guam, we’re behind the eight ball.

He added that the trip is about learning to handle pressure, gaining experience and building confidence.

“Obviously, there is a lot of pressure to do well,” Mark Nanpei said. “I think he’s getting used to that. And, after the summer, we worked really hard - during COVID - with his coach to get his swing right. I think he’s starting to see the benefits of a little more consistency in his swing.

“I’m hoping he can continue that trend."

“I just want to play good,” Markus Nanpei said. “There is a little bit of pressure, but I feel I’ve been handling it pretty well.”

“My goal is to just post good numbers,” he said.

With a handful of local players competing in NCAA Division I and II, Mark Nanpei is hopeful that the time, effort, and financial commitment pays off and his son earns a college scholarship.

For the past several years, while competing in international tournaments, the father and son have been working on getting noticed, but there have been challenges.

“We had college coaches walking with us, watching other players when Markus was in the eighth grade,” Mark Nanpei said. “We’re way behind because we’re not in the high school sports in the U.S. It can be very tough because colleges are recruiting in-state and we don’t get that opportunity,” he added, sharing a limitation experienced by Guam’s student-athletes.

“Our goal was always D1, but we need to do a little better,” he said.

He added that a D2 school has already expressed interest, but the father-son duo has not discounted playing for a junior college before committing to a four-year institution.

“I’m looking at the junior college route, too,” Mark Nanpei said, adding that the younger Nanpei would get guaranteed playing time. “I think he needs more play.”

“We’ll see how he does the next three tournaments and we have the summertime as well," Mark Nanpei said. "It will all be based on that.”

After 72 holes of golf without a break, the Nanpeis will enjoy a few days off before hopping back in the car and heading to Las Vegas, San Diego and San Francisco.

“He hasn’t had a break," Mark Nanpei said of Markus Nanpei.

“Hopefully, he will play well in the desert,” he added.

“The competition is better.”