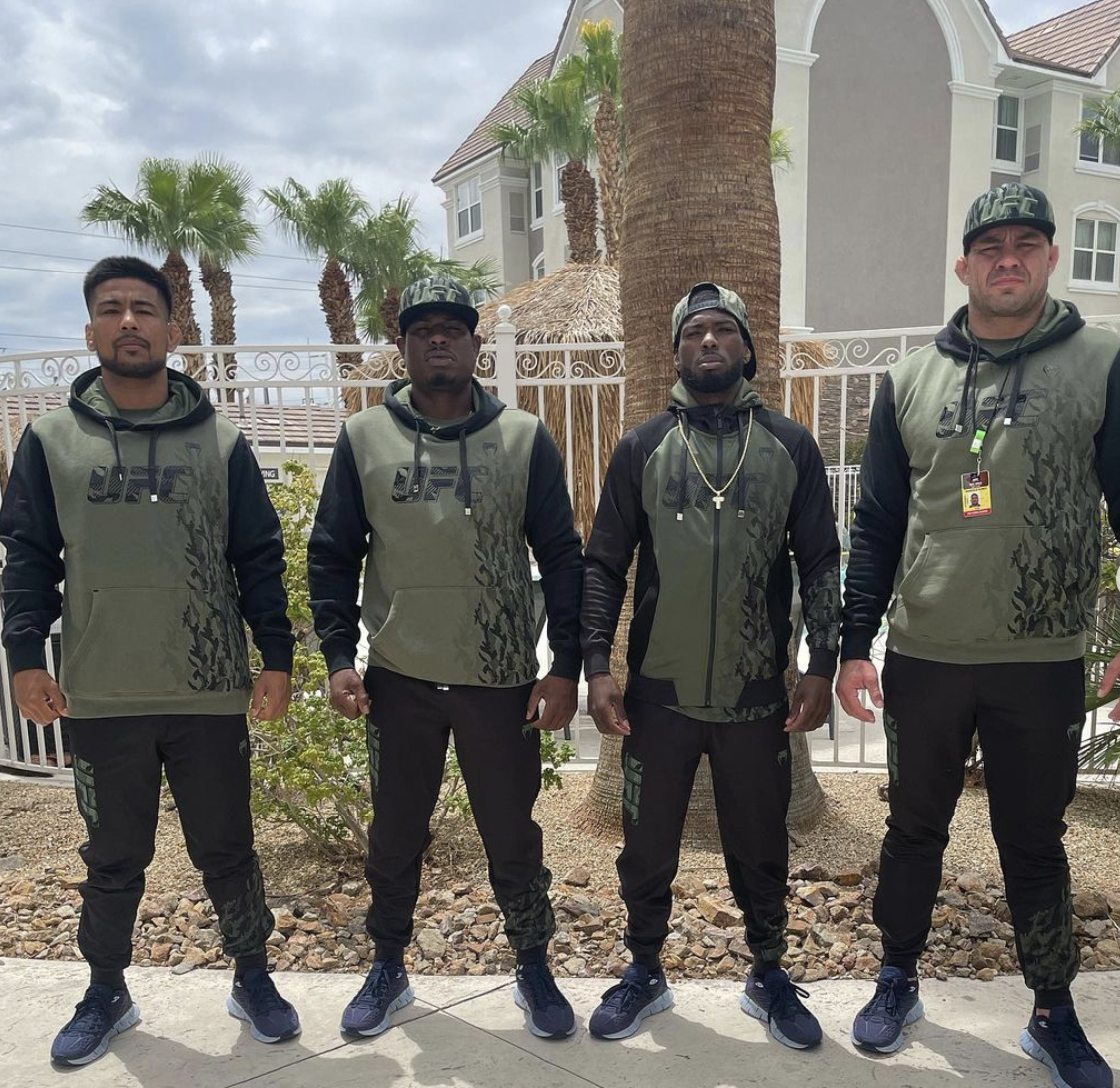 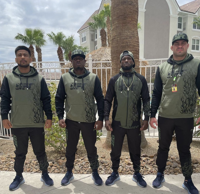 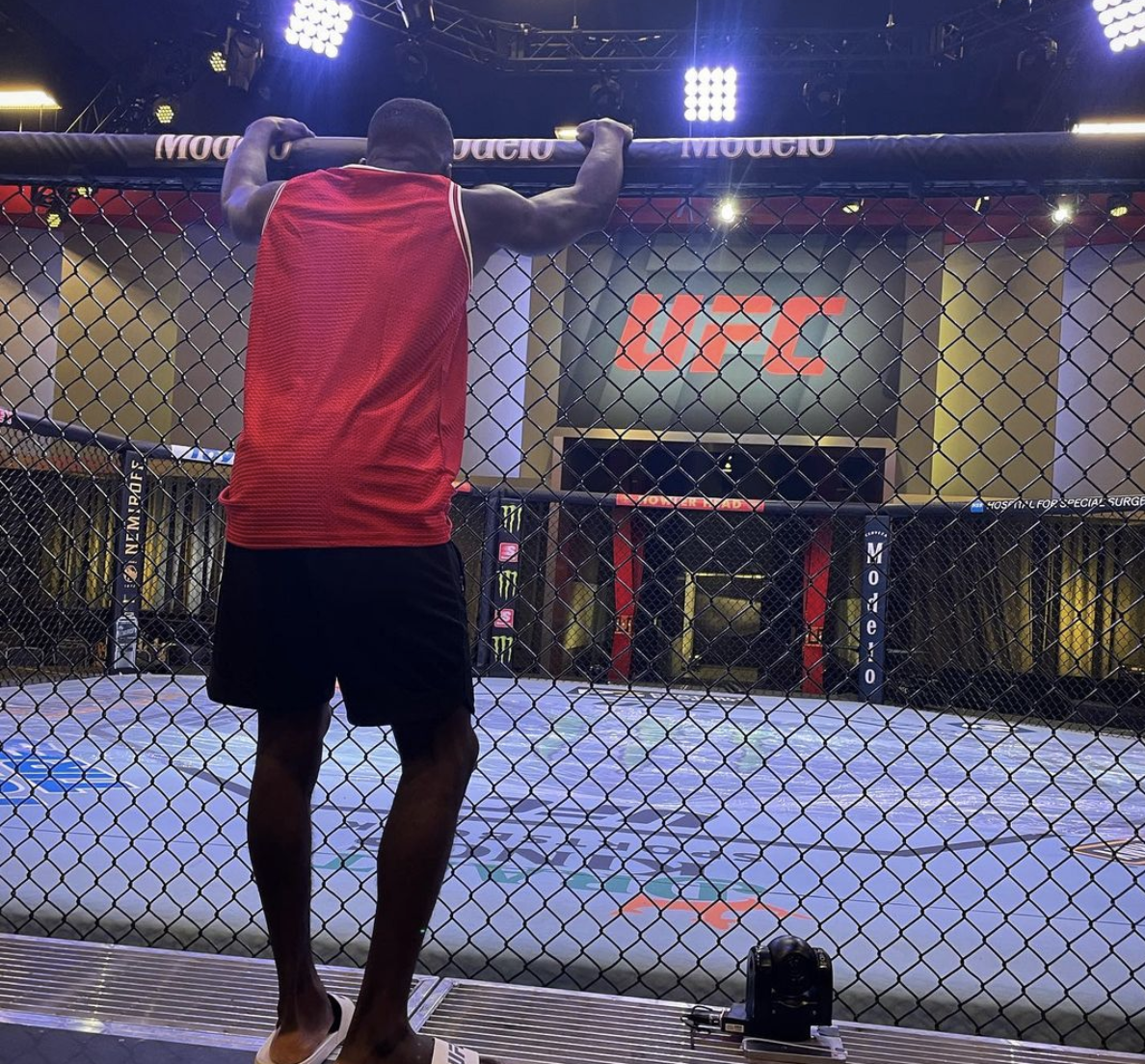 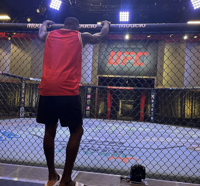 FIGHT SCRAPPED: Trevin "5 Star" Jones stands outside the octagon at the UFC Apex in Las Vegas on Sunday, Aug. 1 (Guam time) after his UFC Vegas 33 Bantamweight Division bout against Ronnie Lawrence was cut from the card after his opponent failed to make weight. Photo courtesy of Trevin Jones' Instagram 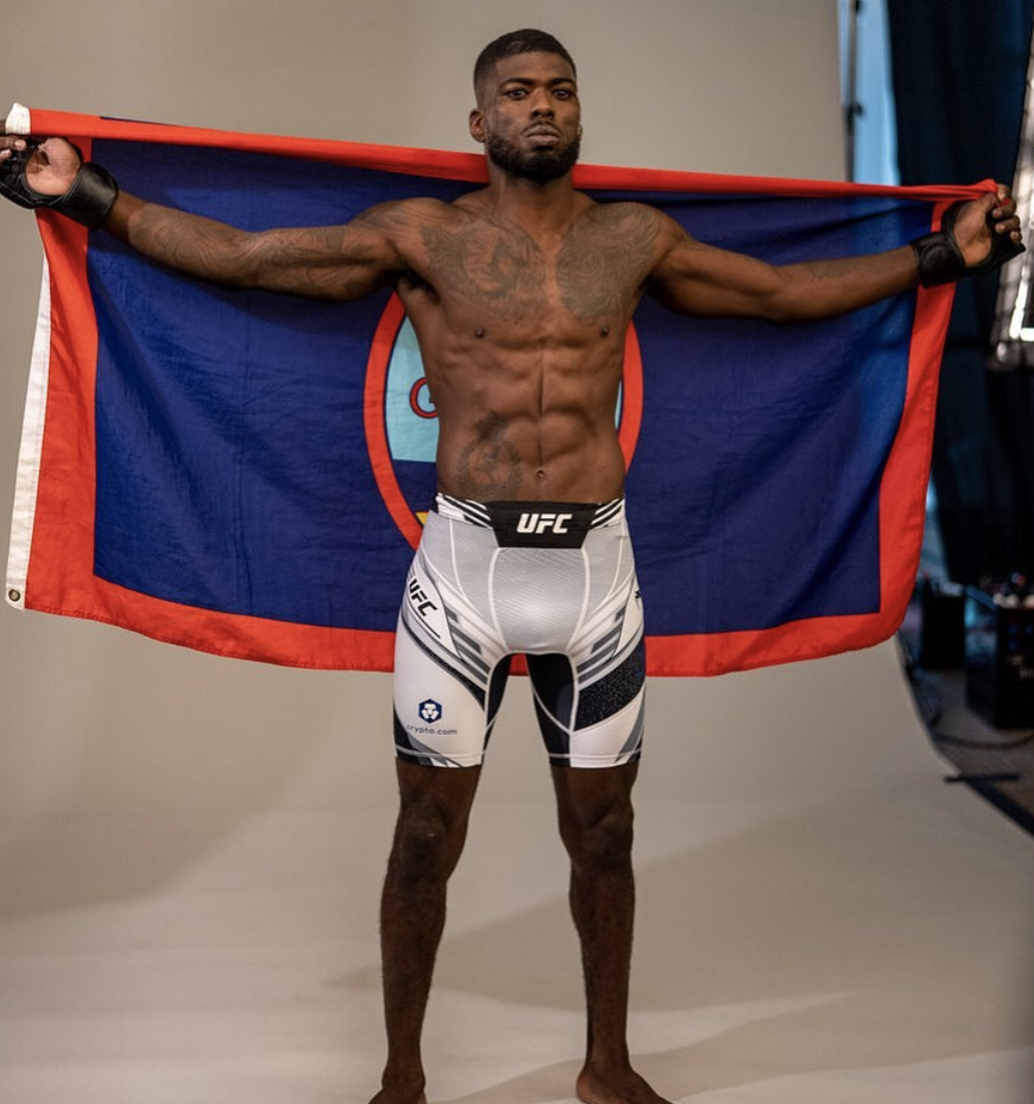 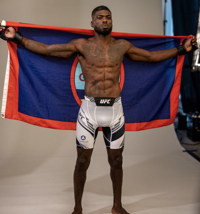 FIGHT SCRAPPED: Trevin "5 Star" Jones stands outside the octagon at the UFC Apex in Las Vegas on Sunday, Aug. 1 (Guam time) after his UFC Vegas 33 Bantamweight Division bout against Ronnie Lawrence was cut from the card after his opponent failed to make weight. Photo courtesy of Trevin Jones' Instagram

With UFC fighter Frank “The Crank” Camacho recovering from an automobile accident suffered in California in June just days before a fight, and Roque Martinez having been cut from the promotion after three consecutive losses, Guam’s Trevin "5 Star" Jones was supposed to enter the octagon on Sunday to try and make it three wins in a row.

But after Jones’ bantamweight UFC Vegas 33 opponent Ronnie Lawrence failed to make weight and was reported to have been experiencing medical issues associated with rapid weight loss, the bout was canceled and removed from the fight card.

“My team and I made weight last week, my team and I, again, made weight this week, like professional(s). We worked overtime like true pros, on this level. I’m forever proud of my team and I, but my soul goes home incomplete today. We still know how blessed we are and we’re grateful for this.”

In August 2020, on three days notice, Jones was called up to the UFC to make his debut against Timur Valiev. Before the bout, Jones was forced to cut nearly 16 pounds of weight. In the minutes leading up to the bout, he ran laps around the UFC Apex and made the 135-pound weight requirement. After pushing his body to near its breaking point, he had overcome the nearly impossible and even stunned Valiev. After the fight, Jones was stripped of the victory due to having tested positive for cannabis, a World Anti-Doping Agency banned substance. Even though the UFC has since changed its prohibitive stance on marijuana, and the drug is legal in both Guam and Nevada, Jones’ place of residence and the fight venue, respectively, the win didn’t count but the Guamanian had let the world know he was for real.

In March 2021, in UFC 259, Jones was back in the UFC octagon to take on Mario Bautista. Jones, at his best, recorded a second-round technical knockout.

But after Lawrence failed to show up to weigh-ins, Jones will have to wait to try and make it 3-0 in the UFC.

“Minor setback, Grandma,” Jones posted on Instagram. “We still gonna get you that house this year. Love you and see you soon. Chasing that bonus money.”

“Minor setback, Grandma. We still gonna get you that house this year. Love you and see you soon. Chasing that bonus money.”