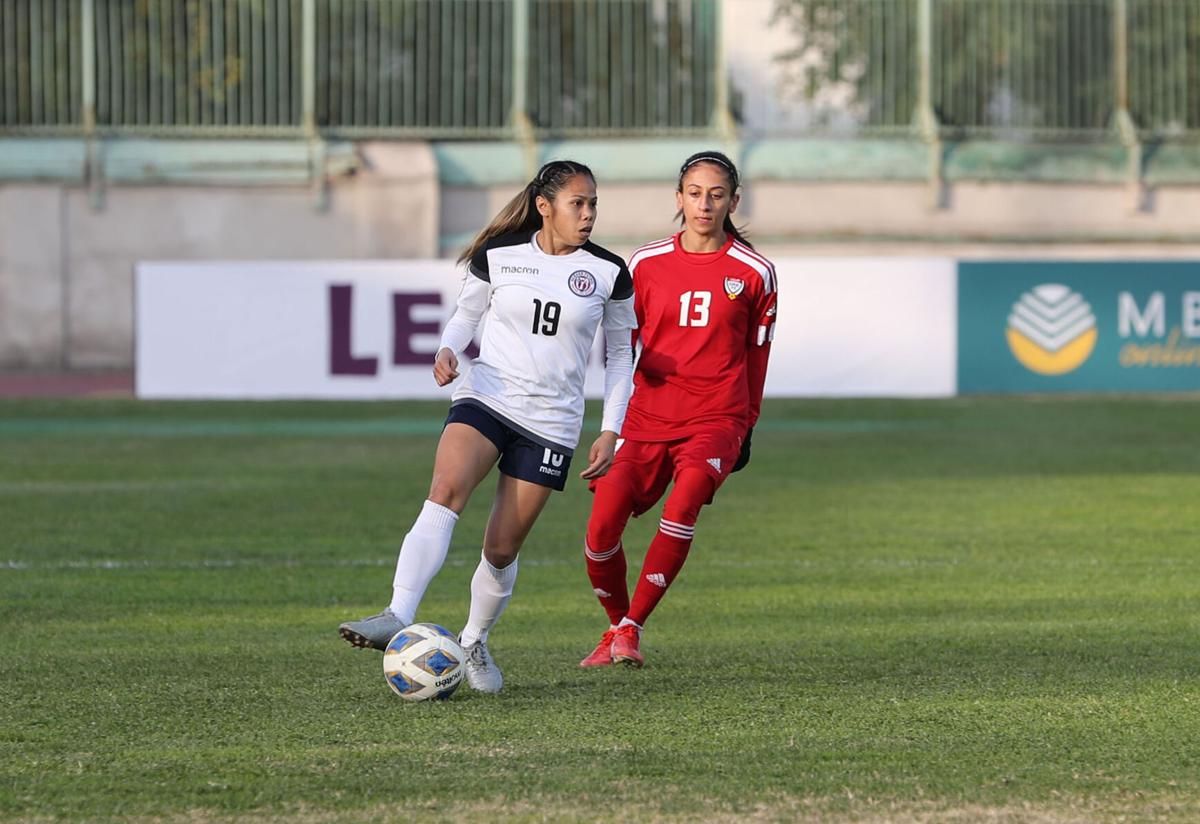 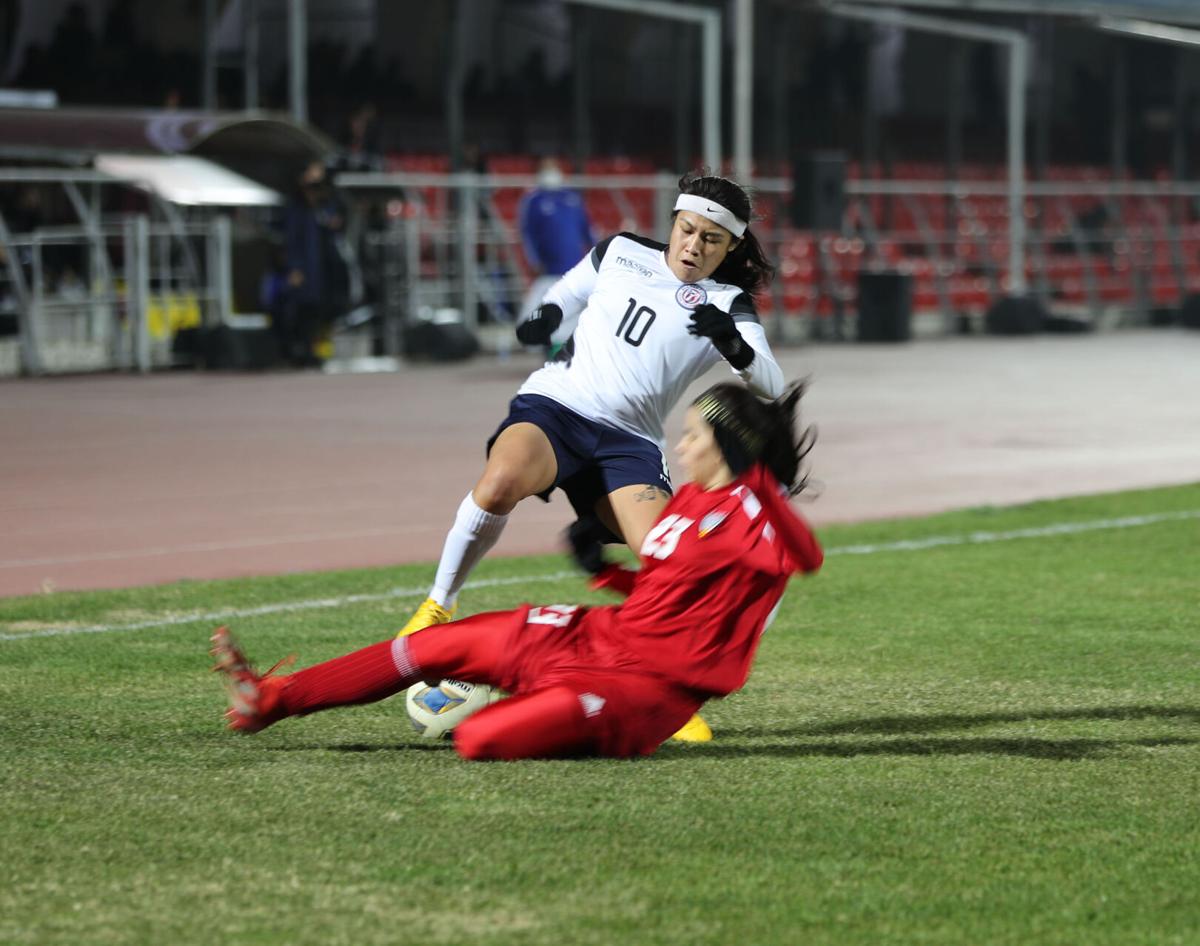 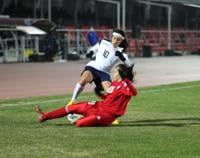 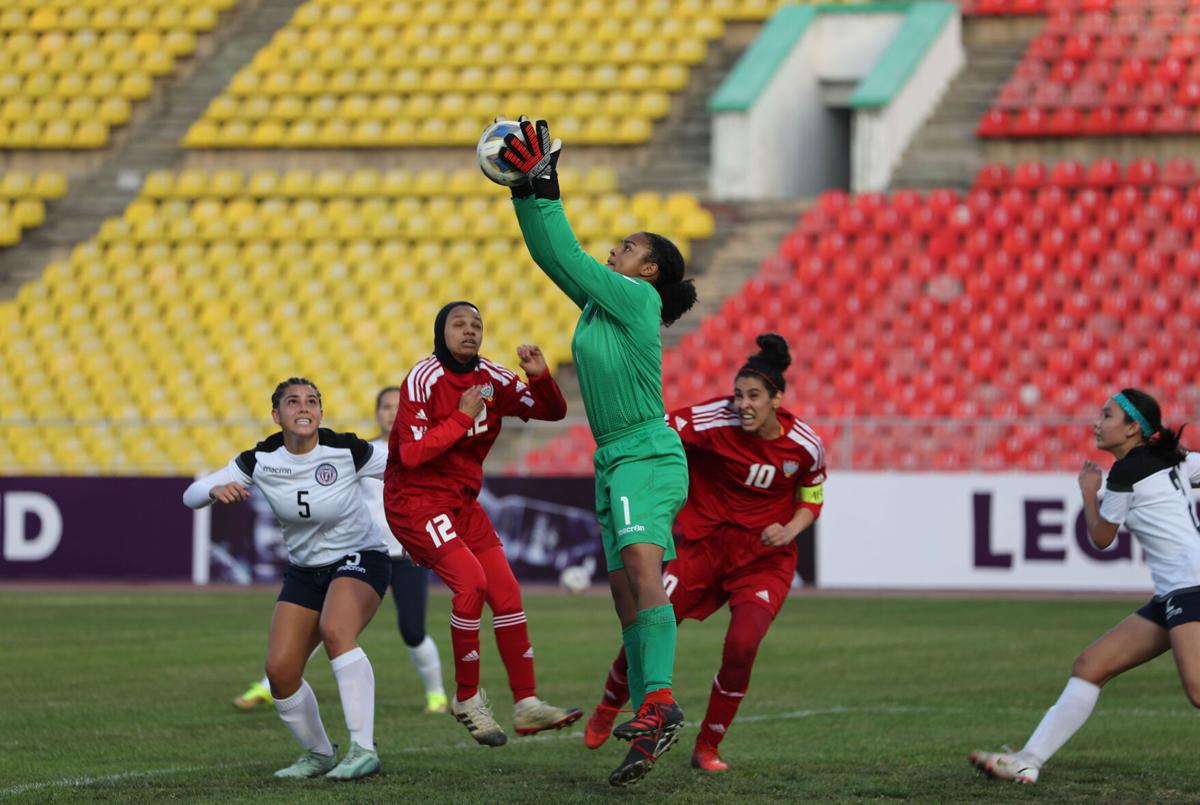 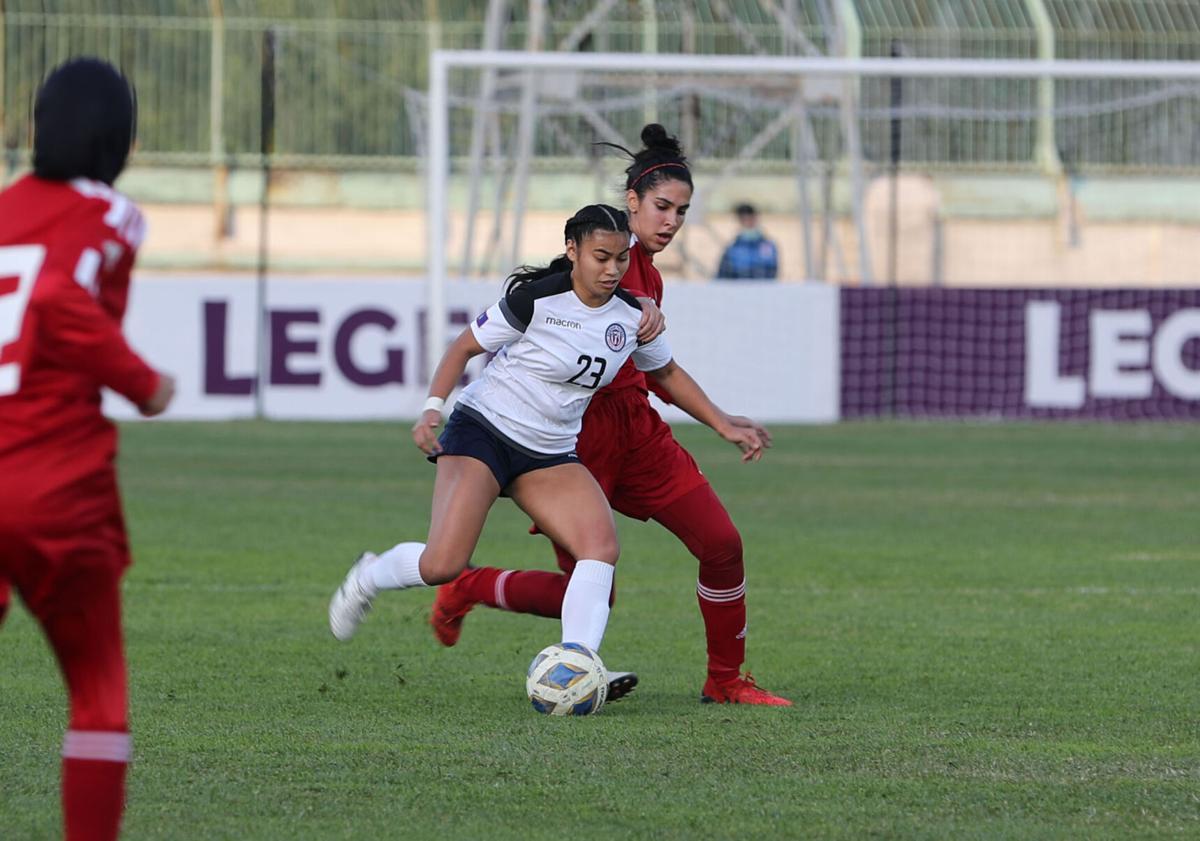 A penalty kick played the spoiler to the Masakåda’s return to international soccer after a three-year absence.

In the 28th minute, Masakåda’s April Talledo caught the UAE goalie sleeping, just tapping the goal in to give Guam the early 1-0 advantage. UAE’s Naeema Ibrahim Gharib Juma leveled the match in the 38th minute.

Guam controlled the ball much of the match, getting several clean shots on goal. A few tipped high off the bar and a couple went wide – the team unfortunately unable to capitalize. But, the game was physical as players jockeyed for possession, with several yellow cards being issued.

With the score still at 1-1 and the defense stifling on both ends of the pitch, UAE got a reprieve when Masakåda’s Brianne Leon Guerrero picked up a red card for handling the ball in the penalty area in the 80th minute of regulation. UAE team captain Nouf Faleh scored the eventual game-winner, just tapping the ball out of Hutcherson’s reach.

Guam Captain Ariya Cruz said she was disappointed in the result, but the team is continuing to focus on the fixes moving forward.

“The team did well – we did our best to stick to our objectives, but it wasn’t the result we wanted,” she said after the match. “We had some unfortunate calls, but we knew we had to continue to remain focused on our goal and play our game.”

Cruz said the goal was to shift the focus to the next match against Myanmar and apply the lessons learned.

The match against the UAE was the first international match in three years for the Masakåda and the team’s first AFC tournament match in 18 years. The Guam Women’s National Team most recently played in the EAFF E-1 Football Championship Preliminary Round Women’s Competition in September 2018 in Mongolia before returning to the international stage Monday evening. At the continental level, Guam last played in an AFC tournament in June 2003.

Cruz said it was great to be back in international competition.

“A lot of emotions were running through and there were a lot of nerves, but that’s always a good thing, it was an awesome feeling,” said Cruz, who anchors the defensive line.

She thanked the supporters for their support, even staying up late to watch the livestream.

“The support and well-wishes really mean a lot to the team, and we look forward to an improved performance in the next match,” Cruz said.

Guam next plays against Myanmar, the highest ranked team in the group, on Oct. 21 at 5 p.m. Bishkek time (9 p.m. Guam time).

A livestream link will be provided closer to match day and will be announced via Guam Football Association’s social media platforms.

“The team did well – we did our best to stick to our objectives, but it wasn’t the result we wanted. ... We had some unfortunate calls, but we knew we had to continue to remain focused on our goal and play our game.”