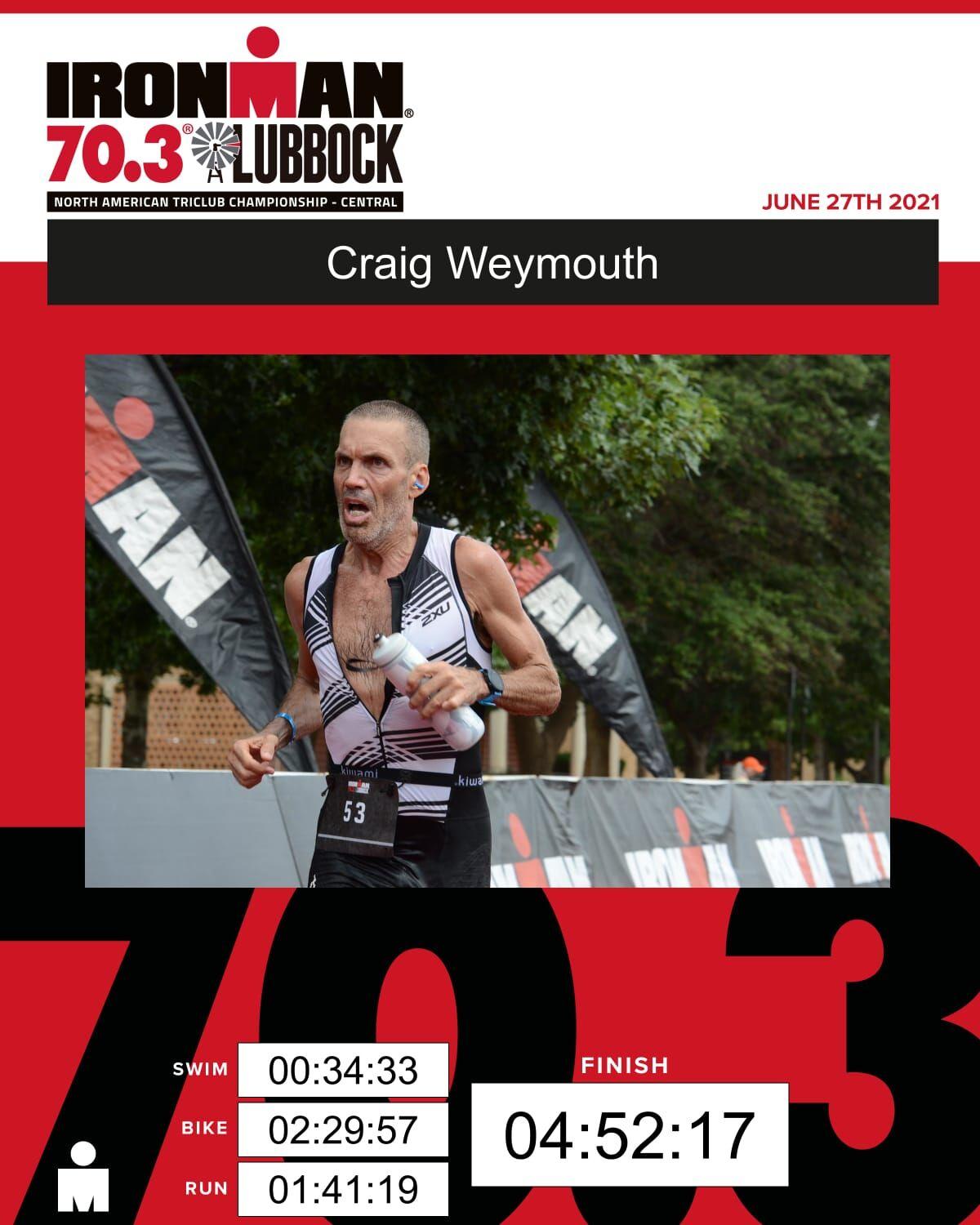 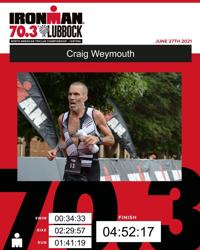 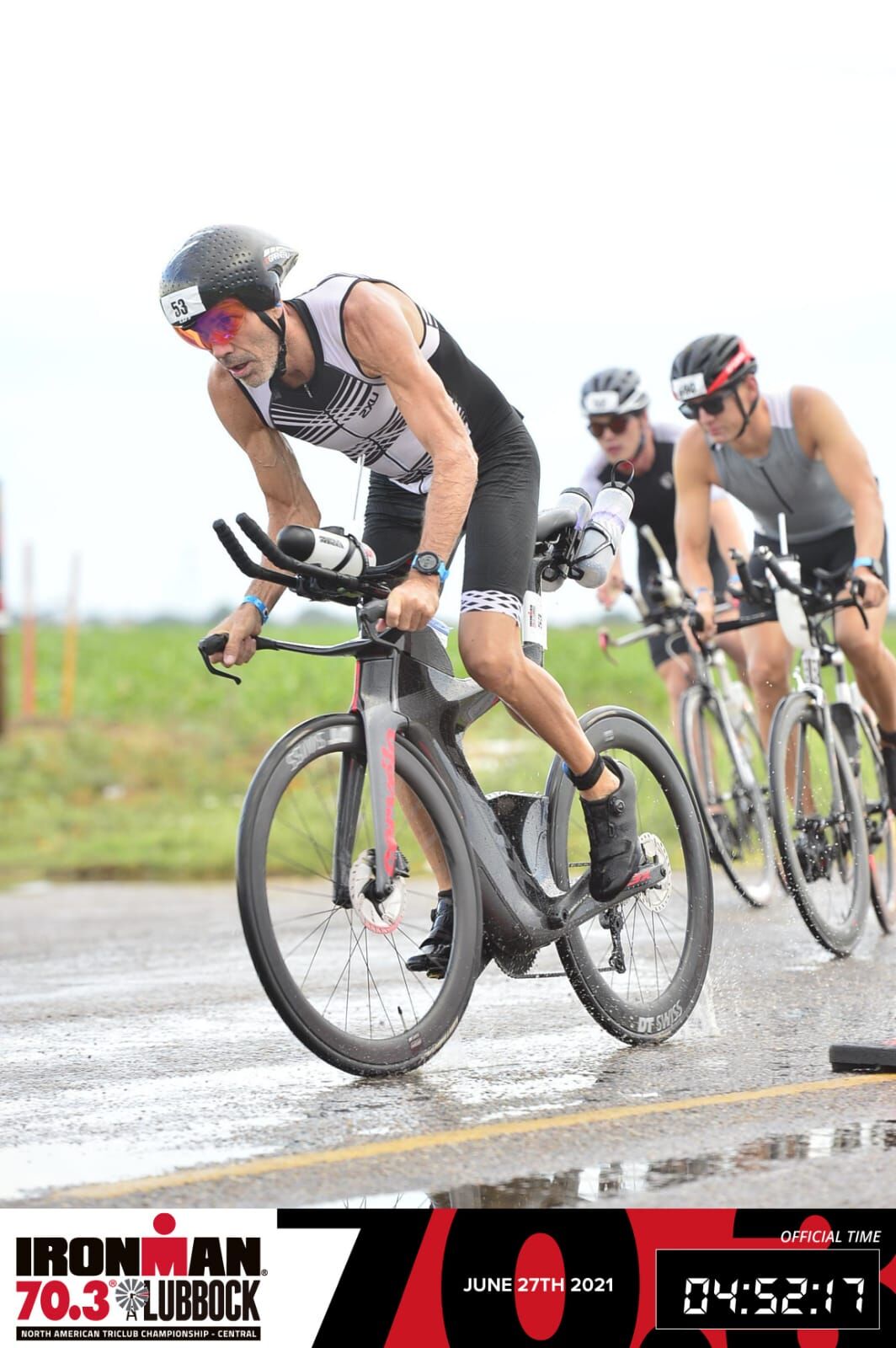 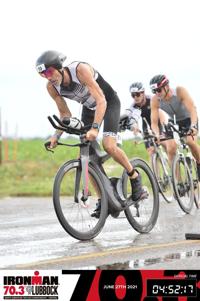 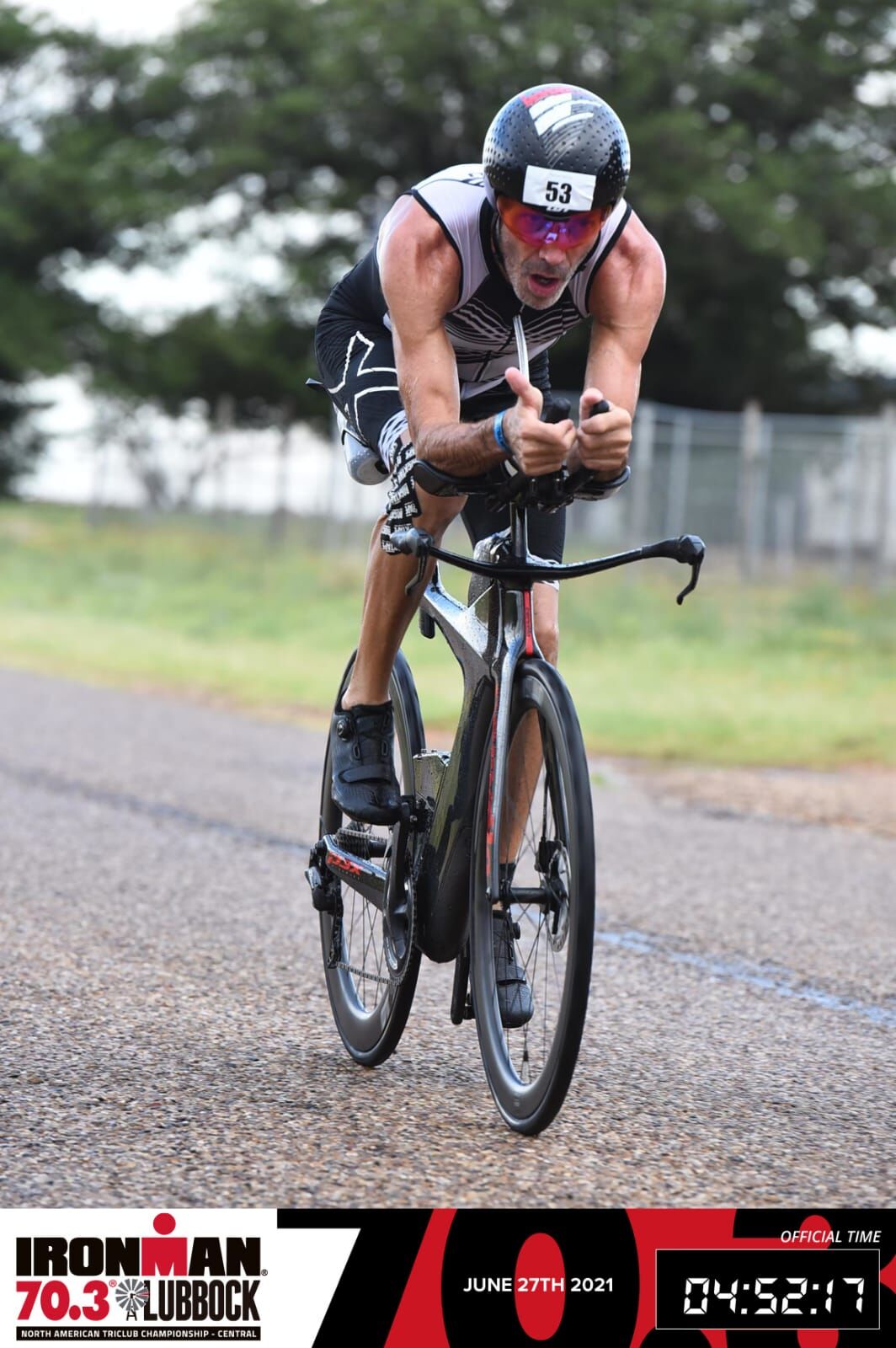 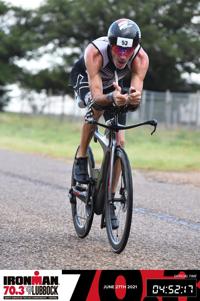 Editor's Note: Guam triathlete Craig Weymouth qualified for the Ironman 70.3 World Championship slated for Sept., 18 in St. George, Utah. This is the second part of a two-part series. Check out part one at www.PostGuam.com.

For Guam triathlete Craig Weymouth, competing in Ironman 70.3 Lubbock was an opportunity to check off an item on his professional bucket list – qualifying for the Ironman 70.3 World Championship.

His spectacular finish – sixth in his division – secured a berth in St. George, Utah. Rocking bib no. 53, Weymouth finished the Ironman 70.3 in 4:52:17. Sixth in his division, 108th in the men’s division and 112th overall, Weymouth destroyed the course and achieved his dream – qualifying for the world championships.

The entrance represents the next step in Weymouth’s journey and the culmination of months of intensive training, even prior to COVID-19.

His performance is a showcase of his disciplined approach and his admirable ability to persevere, whether it be through injury – a broken left toe, strained left calf muscle, right knee, right calf, right IT – or ensuring his sobriety continues – going strong for 5 years and 10 months.

“I got a second chance at life and owe it to a group of folks with a common problem, been sober for 5 years and 10 months,” he said.

But, none of it has been an easy ride.

“This does not come easy, between the training, and just preparing to train, countless hours invested,” he said. “Never gave up, never missed training … find a way to swim, ride or do Pilates with all of the above, just keep pushing on … based on our age, it’s always going be something, so we just try to manage the pain from mile to mile, day to day.”

Prior to Lubbock, training was already a daily grind – six days a week, pulling doubles on most days.

“I try to get the workouts done early morning,” he said. “In addition to the swim, bike, run, we do Pilates twice a week. I have been at it for a few years, feel it really helps with the upper body strength, improving our swim and bike, in addition to many leg workouts.”

The benefits of pilates can’t be overstated, he said, adding the workouts have translated into numerical gains in terms of performance.

“I know, all you guys think this is for the ladies. Give it a try, I promise results,” he said.

Looking ahead to the world championships later next month, Weymouth is again working to solidify his goals.

“I try to set some type of goal going into every event. In this case, hard to say, have no idea how many will be in the age group. I would be happy to say be in the top 20 in my age group,” he said.

However, he qualified, this is a race that hinges on many factors over the 70.3 miles.

“I call the swim survival, just happy to get out of the water and on to the bike. The bike is time to pray, and stay very, very focused on the road. We are praying we don’t get a flat tire, and looking to avoid any debris in the road!,” he said.

He said it’s devastating to see months of training get thrown out the window over a flat tire.

“We can try to repair, but the overall finish time is shot,” he said, so prayer is key anytime he gets on the bike.

And, he will take with him the lessons of every race he’s competed in over the last couple of years.

“Every race we learn something new. In 2019, Subic Bay, went too hard on the bike, then suffered on the run, not to mention the heat. In Thailand, went too easy on the bike, had a decent race, but the overall time was just okay,” he said. “We have really been focusing on the bike, happy to say it has paid off. Given this is the longest of the three (56 miles), (the bike represents the) best chance to improve your overall time.”

With the world championships only a month away, Weymouth has already gotten in two races while he was stateside – Texas and Oregon. The race in Oregon represented another opportunity with his family and business partners located there.

He found out he missed a trophy in Lubbock by two seconds – more fuel for the fire, he said.

In Oregon, he set the goal of trying to add hardware to his already impressive resume.

He finished 9th out of 114 participants, improving his overall time to 4:49.

The competition was stronger in Oregon, he said, adding there is double the number of athletes in his division.

But, the opportunity to compete and have the support of his parents, family and friends? "Priceless!," he said.

Next up is the Guam National Triathlon on Aug. 22 before he heads out to Utah.

While he isn’t resting on his laurels, Weymouth said his journey wouldn’t have been possible without the support and guidance of Mieko Carey of BxBODY Pilates Studio. He credited her for much of his success.

“I greatly appreciate the time and effort she spends to prepare us to race, thank you!”

And, he threw a shout out to his training partners at Salt House 50 and others.

“(I) don’t know which one of them came up with the name, but got to love it, old guys training to be young again!,” he said. “Last but not least, thanks to my wonderful wife for allowing me to chase this dream. This does not happen without a solid support team. My wife is No. 1, thank you!”

“I try to get the workouts done early morning. ... In addition to the swim, bike, run, we do Pilates twice a week. I have been at it for a few years, feel it really helps with the upper body strength, improving our swim and bike, in addition to many leg workouts.” - Craig Weymouth, Ironman 70.3 triathlete