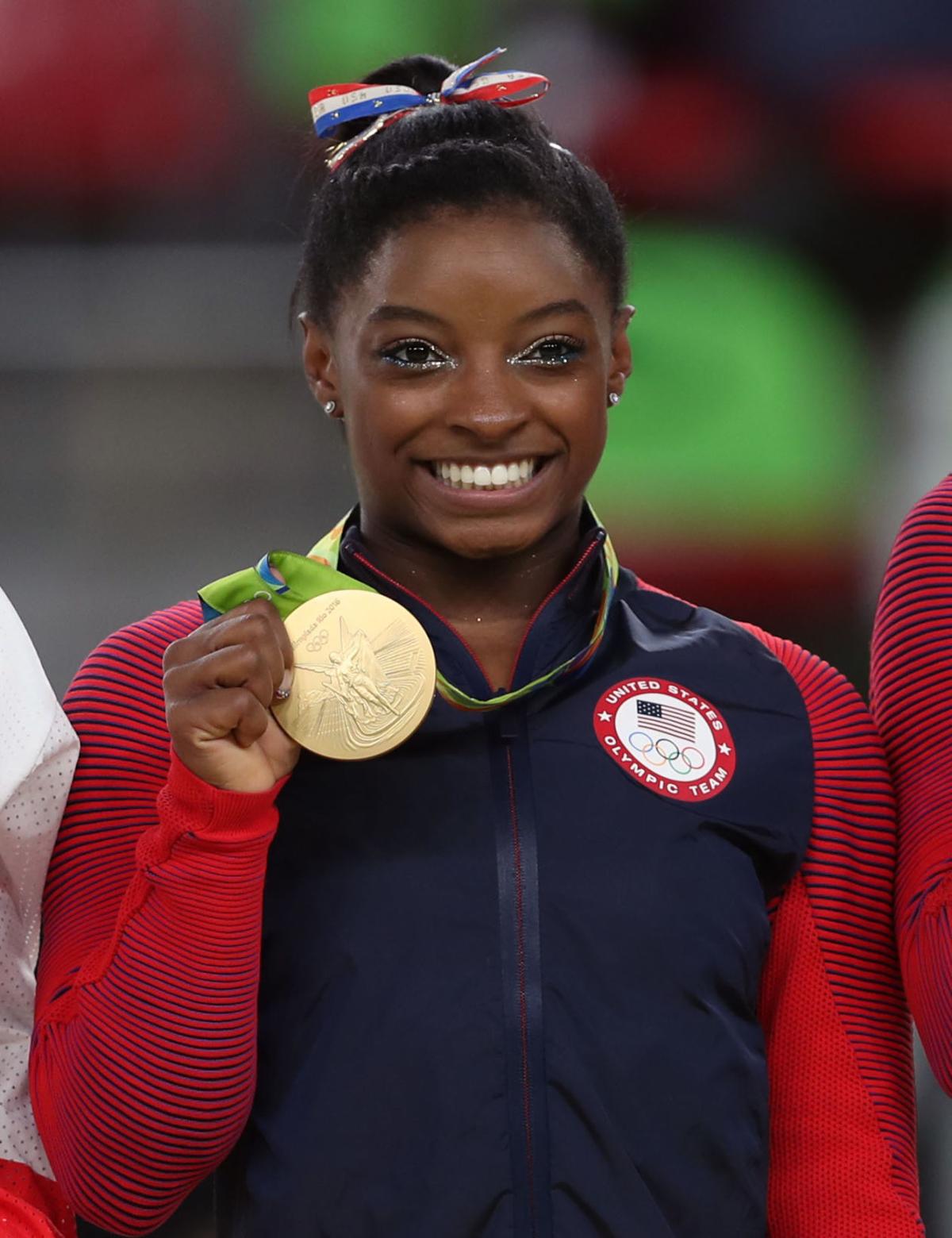 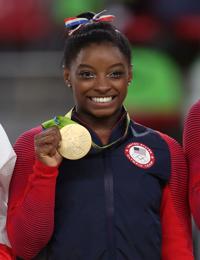 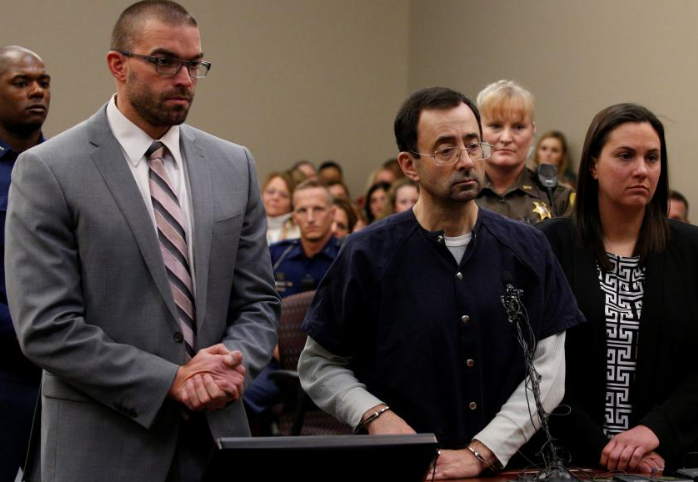 DROWNING IN DEBT: In this file photo, Larry Nassar, center, a former team USA Gymnastics doctor who pleaded guilty in November 2017 to sexual assault charges, listens as he is sentenced in Lansing, Mich., Jan. 24, 2018. Amid a number of recent scandals, including the Nassar debacle, USA Gymnastics filed for bankruptcy protection. Brendan McDermid/Reuters 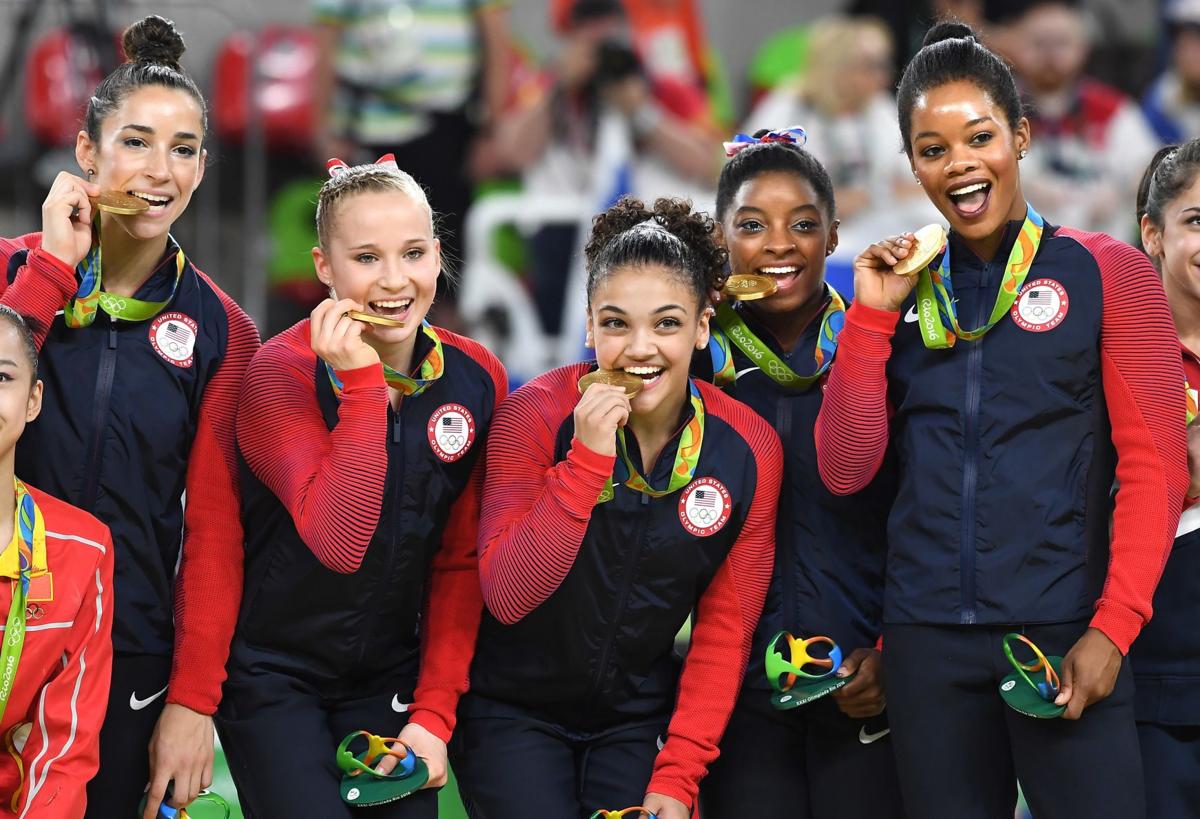 DROWNING IN DEBT: In this file photo, Larry Nassar, center, a former team USA Gymnastics doctor who pleaded guilty in November 2017 to sexual assault charges, listens as he is sentenced in Lansing, Mich., Jan. 24, 2018. Amid a number of recent scandals, including the Nassar debacle, USA Gymnastics filed for bankruptcy protection. Brendan McDermid/Reuters

INDIANAPOLIS – In January 2018, as a Michigan judge weighed the sentencing of sexual predator Larry Nassar, a single tweet by Simone Biles led to the shutdown of the Karolyi Ranch, where the former USA Gymnastics team doctor had perpetrated much of his abuse.

In a testament to Biles' clout, USA Gymnastics severed ties with Bela and Marta Karolyi's Texas property, which since 2011 had served as the U.S. women's national team training center, three days after she acknowledged on Twitter that she, too, was a Nassar victim and shared her dread of having to return to the same training facility where she had been abused.

On Monday, nearly two years later, Biles and more than a dozen gymnasts who hope to join her on the U.S. team at the 2020 Tokyo Olympics got their first look at the suburban Indianapolis gym that will serve as their national training base through this Olympic cycle and a year or two beyond.

Biles proclaimed it a step forward.

"I think it means a lot for all of us," Biles said during an interview Monday, before she and 15 other hopefuls for the 2020 Olympic team opened a four-day training camp at The Gymnastics Company, a 42,000-square-foot gym that USA Gymnastics has rented for its periodic national training camps for the next two years, with an option for a third.

"Change is hard, especially in gymnastics," added Biles, 22. "But I think it'll be a good start to the Olympic year. It's kind of a steppingstone to the road to Tokyo."

Biles stopped short, however, of professing faith in the leadership of USA Gymnastics, the sport's national governing body, which has declared bankruptcy as it seeks to settle hundreds of lawsuits over its failure to protect athletes from Nassar's abuse and which faces potential decertification by the U.S. Olympic and Paralympic Committee.

"Right now, I just kind of stay to myself," Biles said when asked about her level of confidence in USA Gymnastics, which is on its fourth president and chief executive in the past two years. "I know I have a job to do. I try to do that to the best of my ability while representing them. Whenever it comes down to it, I just worry about me and what the team and I have to do at our meets."

The invitation-only training camp includes 2016 Olympians such as Biles and Laurie Hernandez, 19, who is attempting to earn a spot on the 2020 Tokyo squad after a two-year hiatus. It includes a few 15-year-olds eyed as having potential for the 2024 Games. And it includes several decorated gymnasts who will vie for a coveted spot on the 2020 team such as Sunisa Lee of St. Paul, Minn.; Kara Eaker of Grain Valley, Missouri; Grace McCallum of Isanti, Minnesota; and Jade Carey of Phoenix, who joined Biles in winning team gold at the 2019 World Championships in Stuttgart, Germany.

For the 2020 Olympics, gymnastics teams have been pared from five members to four, heightening the competition for a spot, although there are provisions under which some countries could send a fifth and possibly sixth gymnast as a specialist on a single apparatus.

Biles, who in October won her fifth world all-around title and a record-setting 25th world championship medal, is certain to lead the U.S. women into Tokyo. She led the American women to Olympic team gold at the 2016 Rio Games while claiming gold in the prestigious individual all-around, floor and vault and taking bronze on the beam.

Ideally, USA Gymnastics would build its own, permanent national training center for all of its teams – men's, women's, rhythmic, acrobatic and trampoline and tumbling – which would include a full kitchen and training and lodging facilities. But the cost would be considerable, requiring hefty investment from corporate sponsors. USA Gymnastics is in no position to embark on such a project, particularly after losing virtually all of its corporate sponsors in the wake of the scandal.

Tom Forster, the U.S. women's high-performance director and national team coordinator, was upbeat as he led a tour of the women's team's new facility for the next few years.

The goal, he explained, was to find an existing gym that would allow USA Gymnastics unlimited access to the facility during its training camps and that boasted equipment on par with what the athletes will compete on in Tokyo.

"We needed to be on equipment that they're going to be used to and will compete on at World Cups and the Olympic Games itself," Forster said, pointing out multiple balance beams with extended space for running mounts, vaults with sunken, padded landing areas, three tumbling floors of differing springiness and two types of uneven bars.

In addition, the complex has a dining room and dance studio upstairs, as well as a full kitchen to prepare athletes' lunches and dinners. The gymnasts will stay at a hotel 15 minutes away.

It was a far cry from conditions at the Karolyi Ranch, which two-time Olympian Aly Raisman, now 24, described in a March 2018 interview with The Washington Post as having unsanitary showers, cramped and unsafe cabins and unhealthy, unappetizing meals that seemed designed to save money and dissuade gymnasts from eating at all.

Guam residents hold the power to vote officials in – or out

Is a teacher responsible for students’ grades?

COVID-19 funds should not be provided to 'tier clinics'

We all agree the key preparation in the fight against COVID-19 is ensuring Guam’s hospitals are well stocked and staffed. Read more