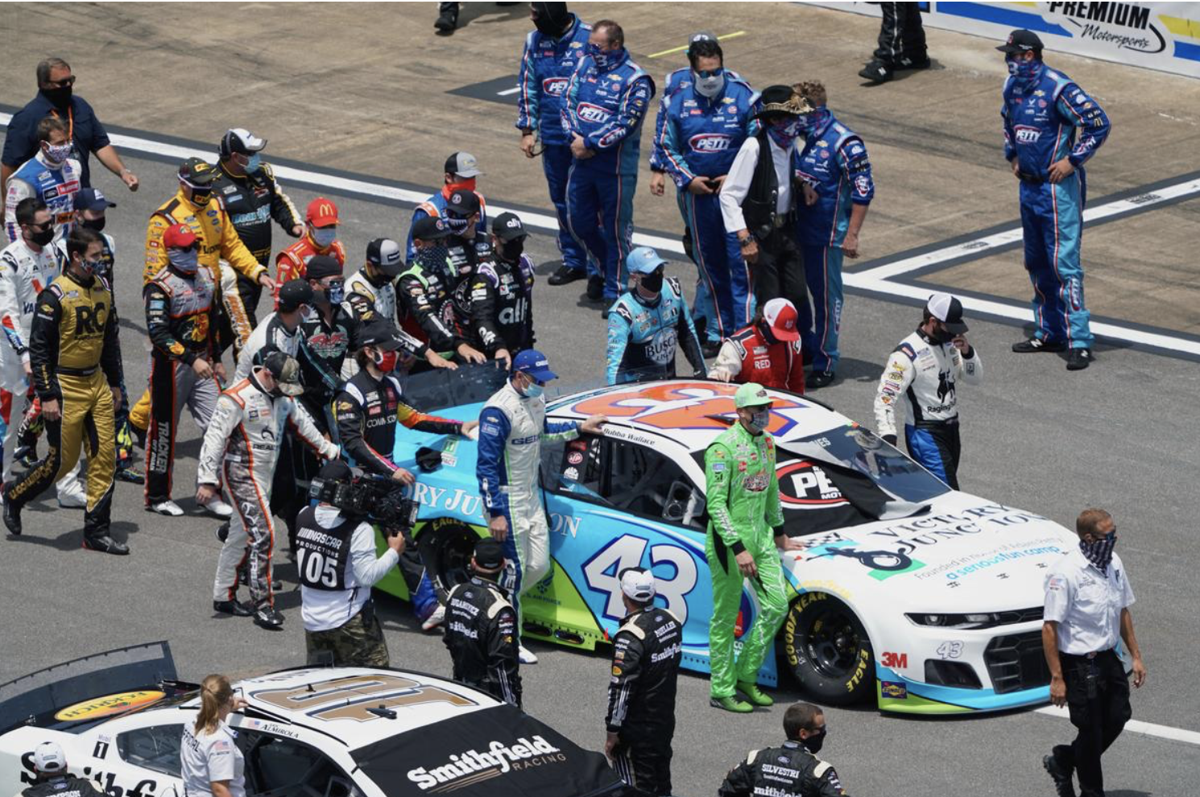 SOLIDARITY: NASCAR drivers push the car of NASCAR Cup Series driver Bubba Wallace to the front of the grid on pit road before the Geico 500 at Talladega Superspeedway in Alabama. John David Mercer/USA TODAY Sports via Reuters 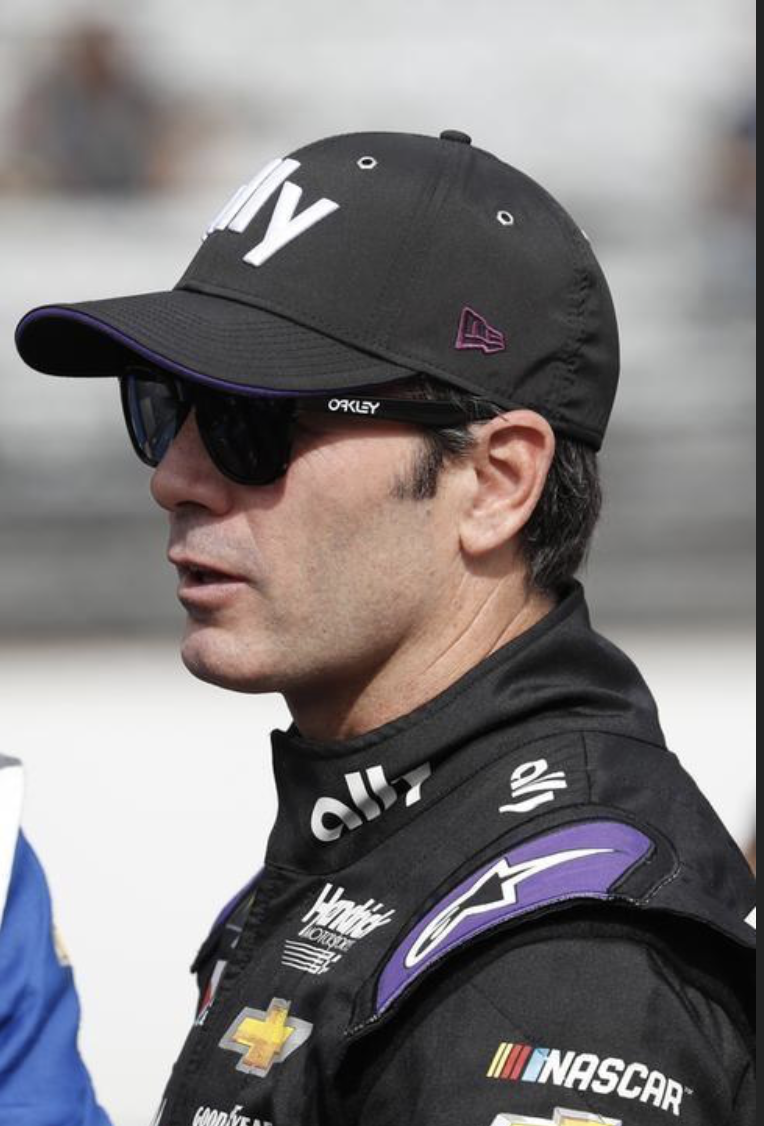 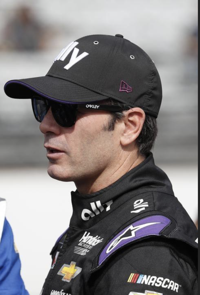 SPEAKING OUT: NASCAR driver Jimmie Johnson waits in line to qualify during qualifications for the Big Machine Vodka 400 at Indianapolis Motorspeedway in this Sept. 2019 file photo. Brian Spurlock/USA TODAY Sports via Reuters 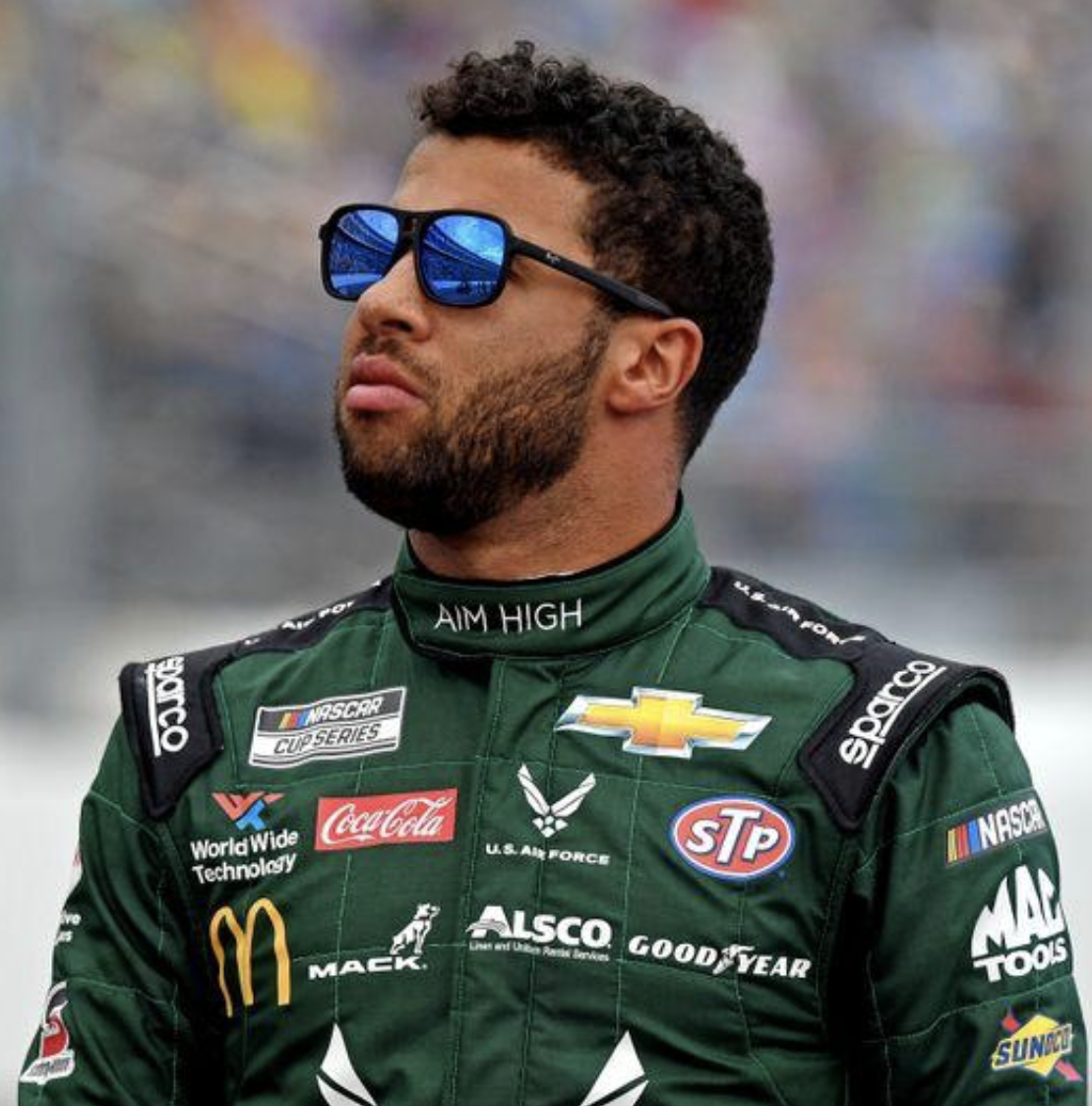 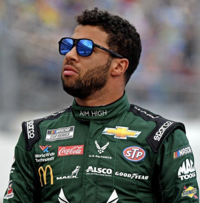 SOLIDARITY: NASCAR drivers push the car of NASCAR Cup Series driver Bubba Wallace to the front of the grid on pit road before the Geico 500 at Talladega Superspeedway in Alabama. John David Mercer/USA TODAY Sports via Reuters

SPEAKING OUT: NASCAR driver Jimmie Johnson waits in line to qualify during qualifications for the Big Machine Vodka 400 at Indianapolis Motorspeedway in this Sept. 2019 file photo. Brian Spurlock/USA TODAY Sports via Reuters

Jimmie Johnson had gone to bed early June 21, the night NASCAR announced that a noose had been found in the garage stall of his friend and fellow racer Bubba Wallace, the only African American driver in the sport's elite Cup Series, at Talladega Superspeedway in Alabama.

The moment Johnson heard the news the next morning, after rising for an early bike ride, he jumped onto the NASCAR drivers' private group chat that had become a forum for discussing whether and how to respond to calls for social and racial justice. He posted that he planned to stand with Wallace before the start at that afternoon's race.

When he returned from his ride, Johnson found that the chat was overrun with messages from fellow drivers who wanted to join him. That set in motion the powerful scene that afternoon, when hundreds of NASCAR drivers and crew members pushed Wallace's No. 43 Chevrolet to the front of the starting grid and stood shoulder-to-shoulder in a prerace show of solidarity.

In a video interview from Pocono Raceway on Sunday, Johnson, 44, a seven-time NASCAR champion, recounted the intent behind the fast-moving discussions that led to that collective action.

"Everybody is trying to keep it simple," Johnson said. " 'Let's learn more about the issues. Let's be more understanding. Let's use our voices to try to project kindness and open-mindedness.' "

He also discussed his evolution on issues of racial justice and systemic racism as the nation wrestles with both in the aftermath of the killing of George Floyd while in police custody last month.

"The protesting sparked an interest in me to have deeper conversations with my Black friends," Johnson explained. "I don't support looting, I don't support rioting, [but] peaceful protest is a constitutional right, and I've always believed in that. But in those conversations, I realized that my friends have dealt with issues that I will never deal with as a white man. . . . I made sure that I spoke to many of my friends who live in different parts of the country and have different financial scenarios. There was just a common thread there: I will never live with that. And that was the catalyst for me."

Two other drivers in NASCAR's 73-year history have won seven Cup championships: Richard Petty, stock-car racing's "King," and the late Dale Earnhardt - both larger-than-life figures. Johnson, by contrast, is soft-spoken and unassuming. He is an exceptional racecar driver with the problem-solving bent of an engineer. As a 20-year NASCAR veteran, he also has honed a quietly effective leadership style, serving as a mentor to younger drivers such as Chase Elliott, Ryan Blaney, William Byron and Wallace.

In recent weeks, Johnson also has become an organizing force behind NASCAR drivers' public support of Wallace - who is taking the brunt of ire from a segment of stock-car racing fans who see him as destroying their heritage - and the push for inclusivity.

It was Kevin Harvick, according to Johnson, who came up with the idea in the chat of drivers pushing Wallace's No. 43, with him inside, to the front of the starting grid once it became clear that there wouldn't be enough room for everyone to stand beside the car.

With crew members wanting to join, too, the plan was for them to hop off a pit wall and fall in line as drivers pushed the car past, so the parade of unity would grow as it rolled along.

Johnson wasn't confident it would pan out.

It wasn't until they stopped that Johnson turned and looked behind him.

"I saw the sea of people, and the magnitude of the moment hit me," he said. "It was the entire garage area."

The NASCAR drivers' June 7 video vowing to "listen, learn" amid calls for social and racial justice also evolved from the drivers' chat, with Ty Dillon and Wallace raising the issue of whether and how drivers could respond.

Someone posted a video the Green Bay Packers had made, "Enough Is Enough." Everyone watched. And they agreed they could film a similar statement.

Johnson recalled: "I could quickly see that we needed to have some organizing and structure to this thing; my mind works that way. I have seniority. I also have resources and assets to help with it."

So he set it in motion and started work on a script.

The script was shared among drivers, including Wallace, Dillon, Elliott, Blaney, Denny Hamlin and Kyle Busch. Each recorded a part. NASCAR Images did the editing, and Fox aired it during its prerace coverage of the June 7 race at Atlanta.

Three days later, NASCAR announced that it was banning displays of the Confederate flag at its events - a move Johnson said he wished the sport had taken years earlier.

A native of El Cajon, Calif., Johnson first recalled seeing a Confederate flag on "The Dukes of Hazzard" on television. He thought the General Lee car featured on the show was cool, but he didn't understand until moving to North Carolina in 1997 to race stock cars full-time how unsettling it was to so many.

"I am all about freedom of speech," Johnson said when asked about his view of NASCAR's flag ban. "If you care to fly that flag on your private property at home, that is your right. I have zero problem with you exercising your rights. But sporting events need to be all-inclusive.

"I'm very proud of the journey that we've been on in NASCAR and the stance that has been taken."

Johnson said he is also proud of NASCAR's quick response when the noose that served as a garage door pull was found in Wallace's stall, though he regrets that the initial statement didn't include the word "alleged" to indicate that a hate crime hadn't necessarily been committed.

While relieved that the FBI said the rope had been there for eight months and couldn't have been directed at Wallace, Johnson, like many others, had lingering questions.

He is grateful that NASCAR kept pushing for answers about who put it there and why. And he is particularly proud that NASCAR isn't retreating from its stance that there is no place for hate or hateful symbols in the sport.

Johnson said he and his wife, Chandra, hope to add a component for teaching about systemic racism to the grants they award via the Jimmie Johnson Foundation to K-12 public schools in their respective hometowns and the Charlotte area, where their family of four lives.

And he plans to keep asking, listening and learning to figure out how he can help.

"The protesting sparked an interest in me to have deeper conversations with my Black friends. I don't support looting, I don't support rioting, [but] peaceful protest is a constitutional right, and I've always believed in that. But in those conversations, I realized that my friends have dealt with issues that I will never deal with as a white man."

The NBA’s plan to highlight social-justice issues when play restarts reportedly will start from the ground up.