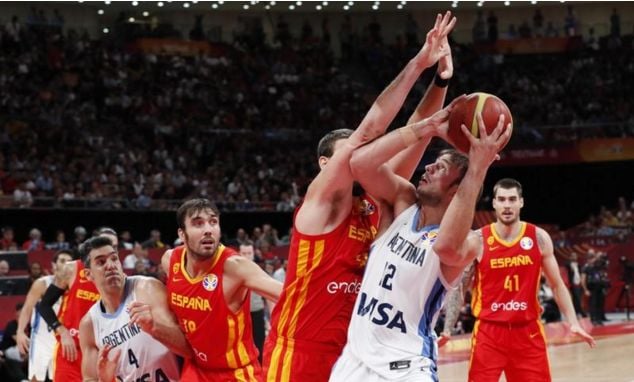 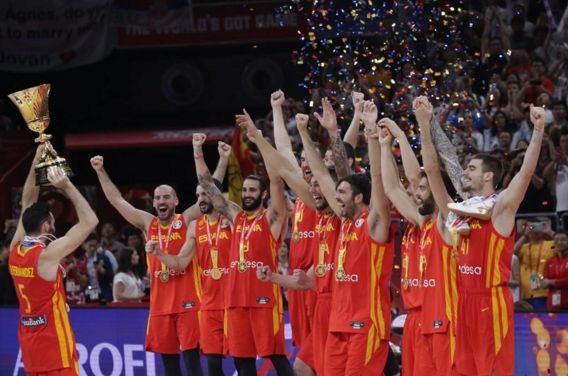 BEIJING – Spain beat Argentina 95-75 to win the FIBA Basketball World Cup for the first time since 2006 on Sunday, completing a stunning campaign for a squad considered by many to be among the outsiders when the 32-team tournament began.

The Spaniards scored first and never relinquished the lead, relying on swarming interior defense and superior rebounding to snuff out the offensive threat of 2004 Olympic champions Argentina.

For Gasol it was the crowning achievement of an incredible year that saw him win an NBA World Championship with the Toronto Raptors before leading his national team to glory.

His 33 points in the semifinal victory over Australia put them in a position to fight for the gold medal, but it was his defense that put them on the top step of the podium.

From the opening tip, the 34-year-old dominated the driving lanes to the basket that Argentina had used to such great effect against France, forcing them into outside shots that would not fall.

He was equally effective banging under the basket at the other end and, though he made only two of his nine field goal attempts, he hit nine of his 12 free throws to maintain the gap between the two teams.

He and Rubio were rewarded for their performances in Spain’s unbeaten run to the gold medal with a place in the tournament’s five-man All-Star team, which was announced after the final, with Rubio named the tournament’s most valuable player.

“Right now, we made history, and we were ready for that. We had a great tournament, (but) you’ve got to give credit to Argentina, we had to fight for this win,” Rubio told a news conference.

“It’s just amazing how the whole tournament has been us as a team, and you can tell. We weren’t the most talented team, the biggest team, put whatever you want, but we were the team that had the big heart.”

There was to be no fairytale ending for the seemingly evergreen Argentinian Luis Scola, whose superb show against France had helped to carry his side into the final.

The 39-year-old power forward, his jet-black hair now flecked with gray at the temples, was kept well-shackled throughout, and it was late in the third quarter before he notched up his first point from the free throw line.

Spain’s win marked the second time they have won the tournament on Asian soil, having claimed the 2006 title by beating Greece in Saitama, Japan.

Earlier in the day, Nando De Colo netted 19 points as France shot 43% from behind the arc to take their second consecutive World Cup bronze medal with a 67-59 win over Australia.