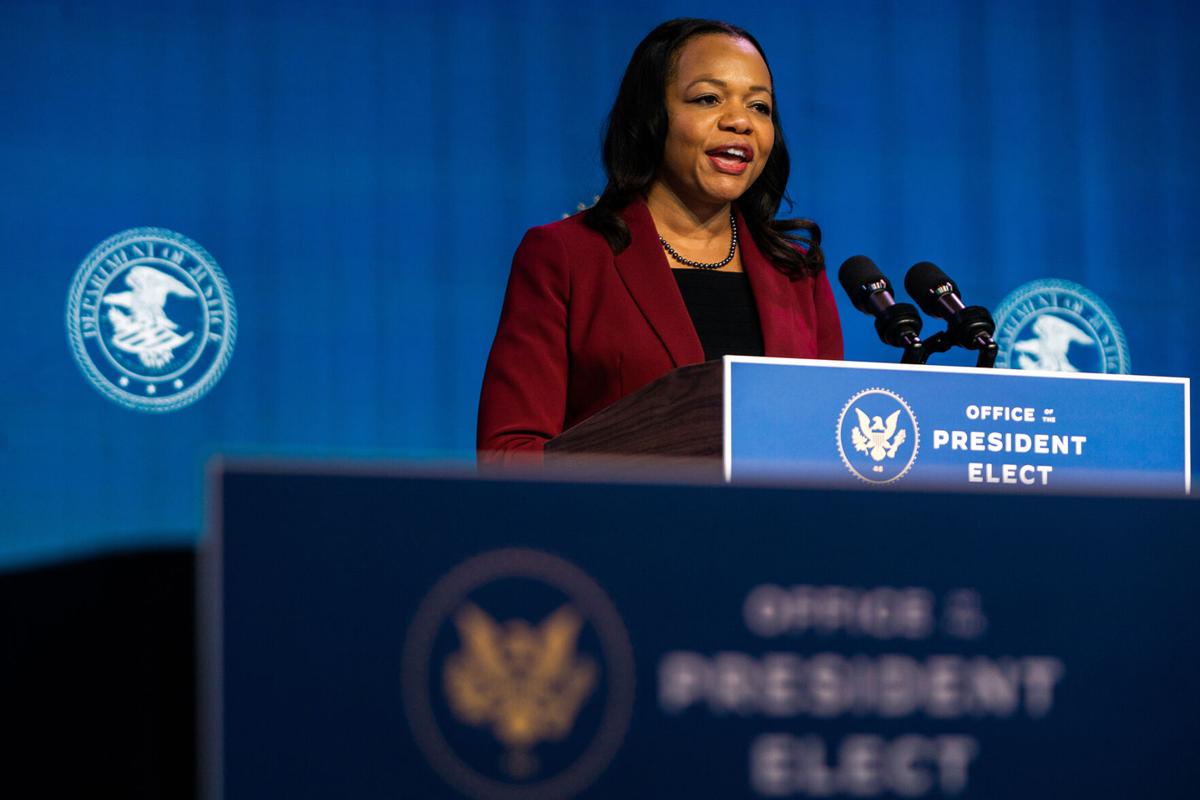 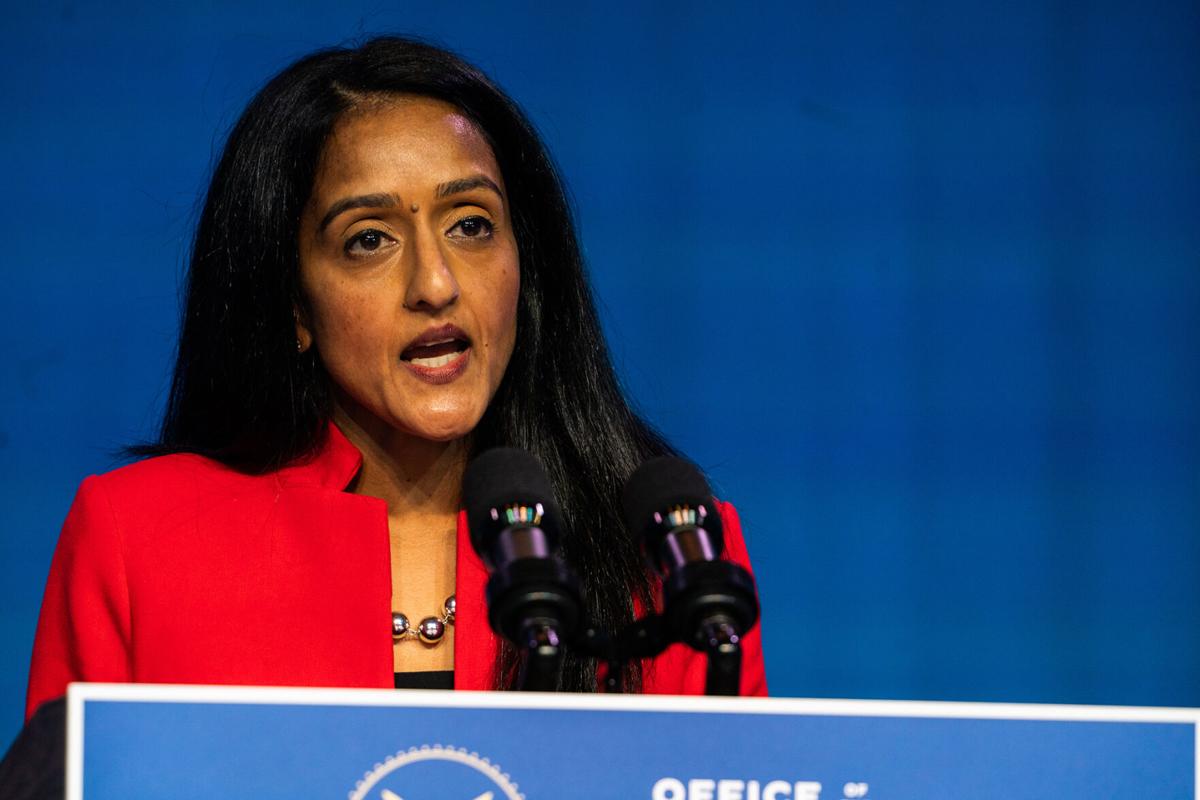 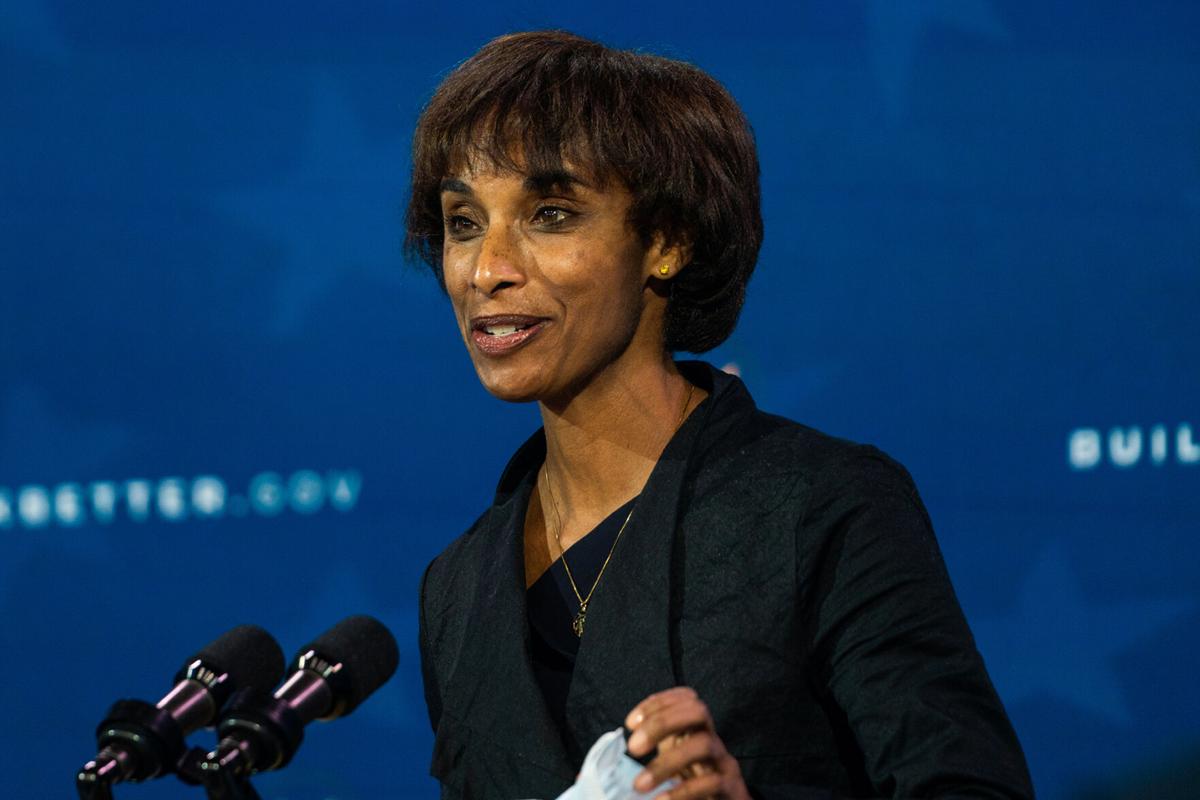 WASHINGTON — The Biden administration has fewer top government leaders in place than other recent presidents at this point in their terms, a pace that's been slowed by a siege at the Capitol, an impeachment trial, a plague and a series of snowstorms.

But activists who pushed Biden to nominate a diverse Cabinet are also noticing another phenomenon: Many of the president's Black, Latino, Asian and Native American nominees are encountering more political turbulence than their white counterparts, further drawing out the process of staffing the federal government.

Controversy has centered on endangered nominee Neera Tanden, who would be the first Indian American to lead the Office of Management and Budget, typically a low-profile post. Her detractors, including Democratic Sen. Joe Manchin III of West Virginia, have seized on scores of pointed attacks that Tanden has made via social media in recent years – a line of criticism that women's groups say is unfair because it focuses on her tone rather than her qualifications or policies.

Activists say the concerns raised over Tanden are part of a broader pattern imperiling many of President Joe Biden's nominees of color, making their confirmation process rougher and meaner than in previous years and when compared with their white counterparts. Many of these nominees are still likely to go forward along mostly partisan lines, but with their qualifications scrutinized more closely and their reputations attacked more forcefully than their white counterparts, activists say.

"We are concerned with what seems like foot-dragging and an effort to slow down the confirmation process of eminently qualified individuals and the fact that these nominees are women, people of color, sons or daughters of immigrants, and there seems to be a pattern that is very troubling," said Janet Murguía, the president of UnidosUS, a Latino-focused group. "It seems like this treatment is a double standard because we're seeing that historically other administrations have been able to move much more quickly."

Biden made a point of elevating a record number of officials of color to top posts, putting the majority-white Senate in a position where it is potentially more likely that candidates of color will be rejected or scrutinized.

Republicans also point out that two of Biden's Black nominees, Defense Secretary Lloyd Austin and U.N. Ambassador Linda Thomas-Greenfield, had support from both sides of the aisle, and that Alejandro Mayorkas, who is Latino, was confirmed as homeland security secretary.

"It's kind of ridiculous," said a Senate Republican aide who was not authorized to discuss the Biden nominations publicly. "Senate Republicans are opposing these people because they are out of the mainstream and it has nothing to do with race."

Still, civil rights groups are watching closely and keeping in touch with Senate and White House leaders to call out what they see as sexist or racist lines of attack. Many of the liberal groups have some practice at doing this, as when civil rights leaders banded together during the 2020 campaign to monitor how then-vice presidential nominee Kamala Harris was criticized.

A number of the nominees have been labeled with language that activist groups view as racially coded. For example, Rep. Deb Haaland, D-N.M., Biden's nominee to be the first Native American to lead the Department of the Interior, is being cast by Republicans as a "radical."

Opposition to her has been so intense that it prompted two former Democratic senators - cousins Tom Udall of New Mexico and Mark Udall of Colorado - to present a defense in USA Today, where they wrote that "the exceptional criticism of Rep. Haaland and the threatened holds on her nomination must be motivated by something other than her record."

Vanita Gupta, Biden's pick to be associate attorney general at the Justice Department and an Indian American, is the target of a multibillion-dollar ad campaign from conservative groups labeling her "dangerous." Heritage Action for America has focused on California Attorney General Xavier Becerra, questioning his qualifications to head the Health and Human Services Department because he's not a doctor, which has not always been a prerequisite for that position.

"They know by using buzzwords that they're able to try to conjure up these tropes about women of color leaders," said Fatima Goss Graves, the president of the National Women's Law Center. "These are code words that are used not only to distract but to conjure up an image in your mind."

And Kristen Clarke, a Black lawyer who has been nominated to lead the Civil Rights Division at Justice, has been accused of being insensitive to Jewish people because she invited the author of an antisemitic book to speak at Harvard. She has said she regrets this decision.

Former U.N. Ambassador Susan Rice, who is Black, wasn't put up for a Cabinet-level position amid Senate comments that she was not confirmable.

Pacing is a particular area of concern for activists and the administration. So far the Senate has confirmed just nine of Biden's 22 posts, giving nods to six who are White, two who are Black and one who is Hispanic. Exactly half of the 22 Cabinet-level positions that require Senate confirmation went to White nominees.

One data point of particular note to civil rights groups: Republicans have required cloture votes for three of Biden's Cabinet-level nominees of color, which has contributed to a longer process.

One of those is Cecilia Rouse, dean of the Princeton School of Public and International Affairs, who had a nomination hearing near the end of January and still hasn't had a confirmation vote as head of the Council of Economic Advisers. Cloture votes were also required for Mayorkas and Thomas-Greenfield.

Senate Majority Leader Charles Schumer, D-N.Y., has been pressing for faster action. "With the cooperation of Republicans, we can confirm these nominations quickly," he said in a recent letter to his colleagues. "President Biden deserves to have his team around him as he tackles the defining crises of our time."

Democrats took control of the Senate on Jan. 20 but could not schedule committee votes until they were able to pass an agreement with the GOP, which didn't occur until Feb. 3. The schedule was also slowed by former president Donald Trump's week-long impeachment trial.

But that hasn't halted progress in all cases. Thomas-Greenfield was sworn in as U.N. ambassador Wednesday, while Austin was confirmed as Pentagon secretary just two days after the president was inaugurated Jan. 20.

Pointed criticism of some of Biden's nominees of color spilled into a hearing this week for Merrick Garland, Biden's pick to be attorney general. Sen. Mike Lee, R-Utah, used the word "antisemitic" in reference to Clarke and also drew attention to a letter she co-authored in 1994 in which she pointed out physical and developmental differences between Blacks and Whites.

She has said her words were "twisted" to make them sound as if she were arguing one race was superior, when in fact she was trying to reveal that such arguments are absurd.

Lee also focused on Gupta, who has made pointed critiques of Republicans in the past. "I know Vanita Gupta now quite well," Garland said. "I have to tell you I regard her as a person of great integrity."

Lee shared a video of the exchange with Garland on Twitter and wrote: "I was disappointed that Judge Garland declined to condemn dangerous, radical positions previously taken by fellow DOJ nominees, Vanita Gupta and Kristen Clarke."

Tanden, given her long history of pointed attacks on Republicans and some Democrats, has been the focus of particularly sharp criticism and appears unlikely to survive given opposition from Manchin in the 50-50 Senate.

During her confirmation hearing, Sen. John Neely Kennedy, R-La., ticked off several insults that Tanden had leveled online against Sen. Bernie Sanders, I-Vt., and then said: "I mean, you called Sen. Sanders everything but an ignorant slut."