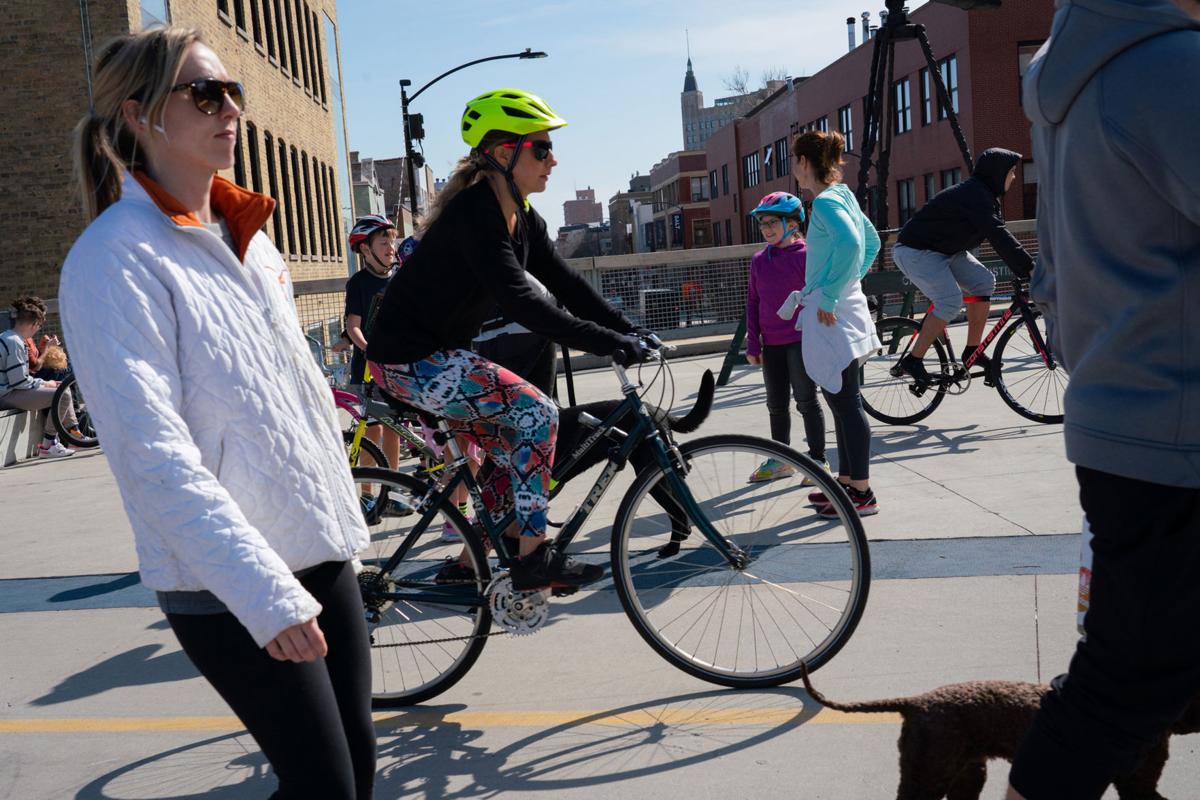 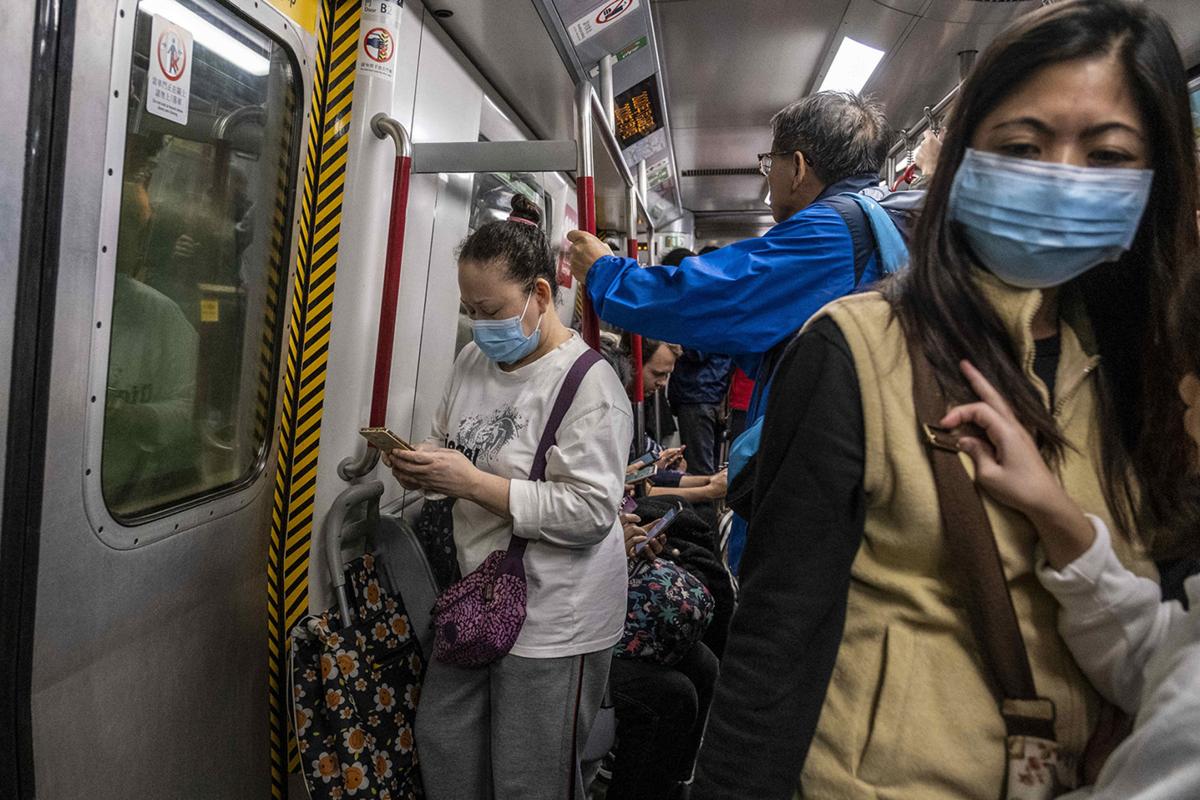 SINGAPORE — In a few awkward seconds, Bruce Aylward, a senior official at the World Health Organization, laid bare the flaws and pressures faced by the global health agency charged with leading the response to the worst pandemic in over a century.

A video that’s since gone viral shows the distinguished Canadian epidemiologist dodging a reporter’s question about why Taiwan is not a member of the WHO. Aylward twitches and blinks. He says he cannot hear the journalist. When she offers to repeat the question, he asks her to change the subject. When she persists, he hangs up on the video chat with a Skype chime thud.

Aylward is a veteran of the United Nations’ health agency, responsible for preventing millions of children from contracting polio and stanching the Ebola epidemic in West Africa. But the agency’s limitations were starkly sketched at the mention of Taiwan. An island nation of 24 million crucial to the fight against the coronavirus, Taiwan has been blocked from joining the WHO because China considers it a renegade province.

The video exchange, health experts say, reinforced how powerful national interests are overshadowing shared interests at a time when the agency is needed to marshal a global response to an outbreak that emanated from China and is threatening to kill millions.

Even before the Aylward interview, the WHO was under fire for taking weeks to raise its highest warning about the novel coronavirus despite its spread globally — a decision widely viewed as deference to China.

Leading a medical response on a wide scale is a volatile mix of politics, disease, money, science, second guesses and lost opportunities. The WHO was blasted for taking too long to sound the alarm over the 2014 Ebola outbreak in West Africa. Five years earlier, though, it was criticized for overreacting to the H1N1 swine flu.

But the WHO’s position today is arguably more fraught than at any time since the end of the Cold War. As COVID-19 ravages more countries, the agency has to navigate political tensions between the world’s two most powerful nations, the U.S. and China. It is also encountering growing nationalism and, in some cases, a rejection of science fueled by populism and social media.

The WHO risks becoming a bystander in the unfolding crisis as countries make unilateral decisions about emergency measures, treatment and distribution of medical resources. The organization is reminiscent of blue-helmeted U.N. peacekeepers dispatched to stop wars and conflicts but eclipsed by national self interests that undermine their missions.

The fractious climate could result in renewed disease outbreaks and inequities, experts say, especially if an eventual vaccine leads to a free-for-all in which nations hoard supplies. It also raises questions about how the WHO, in an increasingly divided world, could handle an even swifter and more deadly virus, such as what scientists term as a Disease X.

“The WHO has been sidelined from the biggest pandemic of the century,” said Lawrence Gostin, a Georgetown law professor and director of the World Health Organization WHO’s Collaborating Center on National and Global Health Law. “The powerful forces of sovereignty, nationalism and populism have literally overwhelmed the WHO as an institution for no fault of its own. At a time when the world should be coming together under the WHO banner, solidarity is unraveling.”

That wasn’t the intent when the United Nations body was formed in 1948 after the Second World War to guide international health policy impartially and scientifically. The agency counts among its successes the eradication of smallpox, the suppression of polio and the development of standards for essential medicines.

The end of the Cold War in 1989 gave the WHO more freedom to introduce sweeping initiatives such as a global campaign to fight the spread of tuberculosis, a convention on tobacco control and a revision of the agency’s so-called International Health Regulations to give it broad authority to declare pandemics, which were renamed Public Health Emergencies of International Concern.

The first time such an emergency was invoked was in 2009 for the swine flu, which initially appeared in Mexico and the United States and turned out to be significantly less deadly than the seasonal flu. Nevertheless, countries reacted in panic: banning pork imports and forcibly quarantining travelers. The WHO was criticized as alarmist and faced unfounded accusations that it deliberately declared the emergency to benefit vaccine manufacturers.

The backlash appeared to make the WHO overly cautious about similar interventions. In 2014, it took the agency 138 days after Ebola’s first detection in West Africa to call an emergency. The mishandling of the outbreak exposed the divisions between the WHO’s headquarters in Geneva and its regional offices, which often operate like fiefdoms. It also highlighted the agency’s relatively small budget.

The WHO’s annual budget, which stood at $4.4 billion last year, often doesn’t leave enough to prepare poor countries for disease outbreaks like Ebola. That’s about one-quarter the budget allocated to fighting opioid addiction in the U.S.

Only 18% of the agency’s funding consists of assessed contributions from its 194 member states. The rest is provided voluntarily, often from private donors such as the Bill and Melinda Gates Foundation, who have a say in how their money is spent.

The U.S. has long been the body’s biggest benefactor, providing hundreds of millions of dollars in assessed and voluntary contributions each year. China, by comparison, contributes in the tens of millions.

That could change. The Trump administration in February proposed cutting U.S. funding to the WHO by 53% — a move consistent with the president’s distaste for multilateral organizations. The proposed cuts make China’s growing commitment to the agency all the more important at a time when Beijing has been cultivating greater influence in the United Nations and its agencies.

It was against this backdrop that WHO Director-General Tedros Adhanom Ghebreyesus stunned some observers with his effusive praise of China’s handling of the coronavirus in late January.

This, despite revelations that China suppressed information about human-to-human transmission of the disease by muzzling whistleblower health workers, including Dr. Li Wenliang, who died in February after contracting the disease.

The delay in reporting of the disease’s severity was catastrophic, allowing the outbreak to fan across the globe where it’s now infected nearly 800,000 people and killed about 38,000.

Tedros was reluctant to admonish China, experts say. In fact, he praised Beijing in January for its “transparency” and said the “Chinese government is to be congratulated for the extraordinary measures it has taken to contain the outbreak.” China’s size and history of epidemics means it will always occupy a central place in global health policy — especially as growing populations and interconnectivity breed new and deadlier viruses.

“The agency has to play a diplomatic role and keep all countries at the table,” said Devi Sridha, a global health expert at the University of Edinburgh. “Throughout this outbreak it is better to keep China cooperating and at the table.”

Criticism of the WHO also ignores the fact that the agency cannot compel China to disclose relevant information, even though it’s required to as a signatory of the International Health Regulations, said Kelley Lee, an author of a book about the WHO and a professor of global health at Simon Fraser University in Canada.

“The WHO doesn’t have the authority to walk into a country and demand that information,” Lee said. “It can cite the IHR and say it’s obligated to cooperate, but it can only rely on diplomatic channels, not sanctions. One thing that needs to be looked at in the future is how to ensure countries are more timely and fulsome with information sharing.”

The WHO didn’t declare a pandemic-level coronavirus emergency until March 11. By then, nearly 120,000 cases had been reported in 114 countries. The agency had spent the preceding weeks warning countries to prepare for the inevitability of transmissions within their borders.

“We must focus on containment, while doing everything we can to prepare for a potential pandemic,” Tedros said Feb. 24.

That same day, the WHO was reminded it has little sway with Washington. President Trump tweeted that the virus was “very much under control” in the U.S. It appeared the WHO could not persuade the White House to mobilize a more serious response to the virus, which was viewed as overblown by many of the president’s supporters despite scientific evidence to the contrary.

Complicating matters was Washington’s and Beijing’s tepid cooperation. Rather than lead the world toward a solution to the crisis in conjunction with the WHO, the two governments embarked on a war of words to deflect blame.

Trump and other American officials promoted terms such as the “Chinese virus” and “Wuhan virus,” a reference to the disease’s epicenter in China, that contributed to a wave of racism. Chinese officials pushed a conspiracy theory about the disease being released by the U.S. military in Wuhan. The WHO tried to quash the spat by naming the virus COVID-19.

The agency has since returned to its more traditional functions, such as the sharing of global health information and coordinating trials for coronavirus drugs. It did, however, have to warn against using unproven medicine to treat the disease last week after Trump and others touted the malaria drug chloroquine.

The interview with Aylward prompted the WHO to release a statement Sunday saying the question of Taiwan’s membership was not for staff to discuss, but member states.

The controversy comes after Taiwan’s Centers for Disease Control said last week the WHO failed to share with other countries information it provided on Dec. 31 about an “atypical pneumonia” it was alerted to by doctors in Wuhan.

David Fidler, an adjunct senior fellow for cybersecurity and global health at the Council on Foreign Relations, said the WHO has demonstrated throughout this outbreak that it has little interest in assuming political authority.

That clears the way for the organization’s most powerful members to treat global health “through the distorting lens of the balance of power, reducing the potential for common ground,” he said.

“The post-Cold War golden age of global health is over,” Fidler added. “The COVID-19 disaster marks the turning point into a different, more difficult future.”