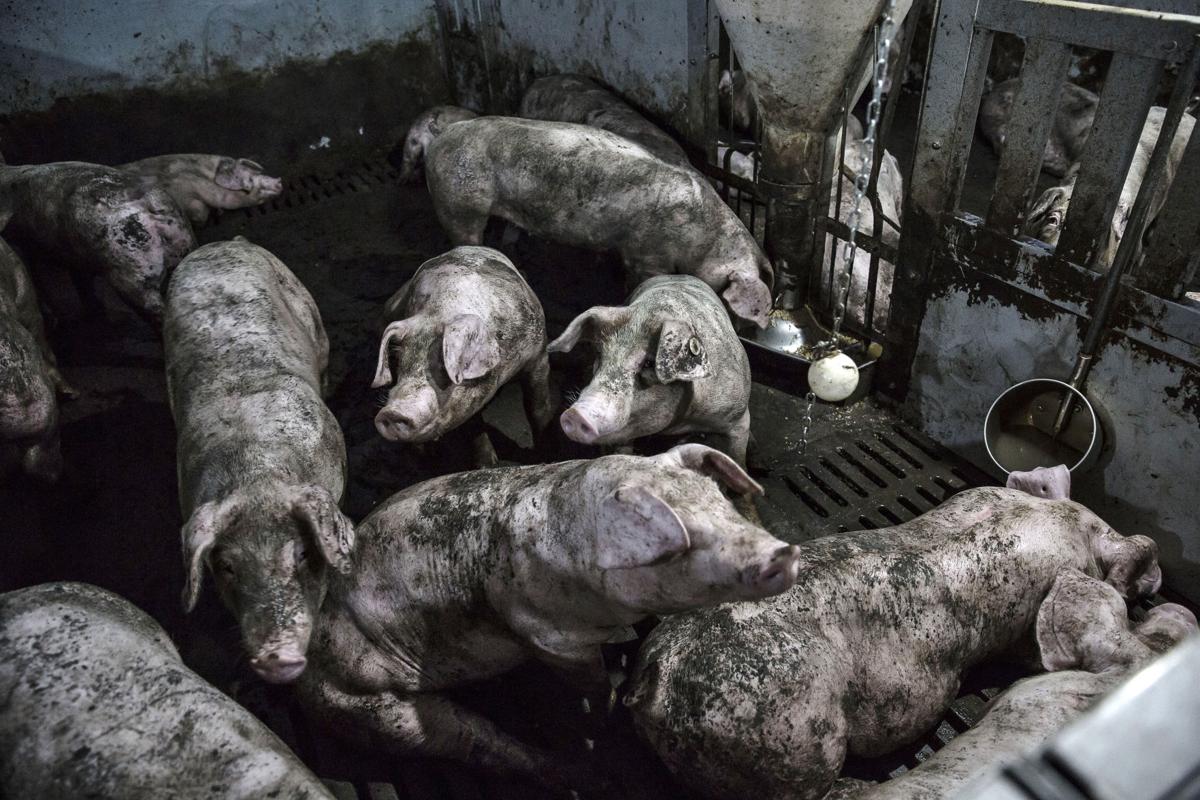 Mud-splattered pigs in a pen at the Jia Hua antibiotic-free pig farm in Tongxiang, China, on Sept. 15. Qilai Shen, Bloomberg 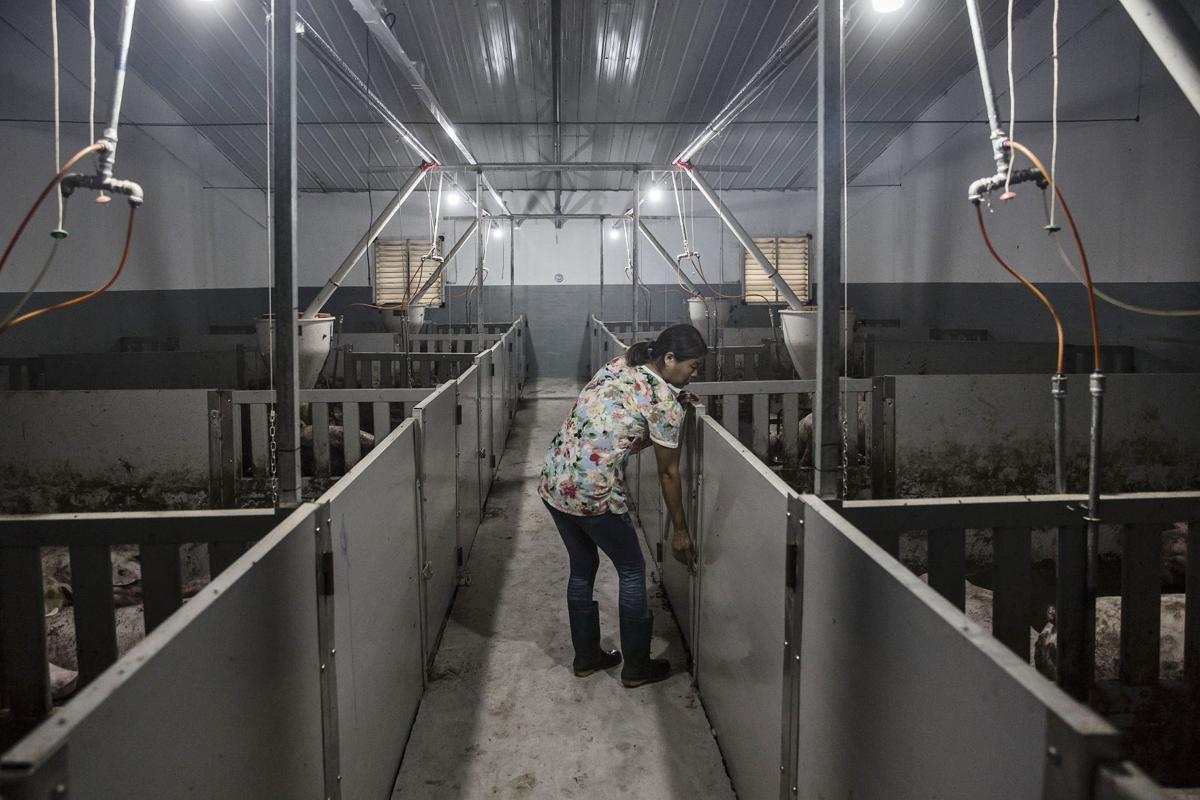 An employee checks a pen at the Jia Hua antibiotic-free pig farm in Tongxiang, China, on Sept. 15. Qilai Shen, Bloomberg

Mud-splattered pigs in a pen at the Jia Hua antibiotic-free pig farm in Tongxiang, China, on Sept. 15. Qilai Shen, Bloomberg

An employee checks a pen at the Jia Hua antibiotic-free pig farm in Tongxiang, China, on Sept. 15. Qilai Shen, Bloomberg

On Shen Jian-Ping's antibiotic-free pig farm outside of Shanghai, biosecurity is something of an obsession. Vehicles entering the property are disinfected with a chlorine tire bath and alcohol spray, animals drink sterilized water and the closest visitors will get to seeing a live hog is via a TV in the visitors' center.

The wiry 46-year-old has spent $700,000 (4.7 million yuan) giving roomier, better-ventilated digs to his swine, with three full-time veterinarians to help keep the 465-sow herd healthy. "It's like the piglets are now living in a villa that's clean and comfortable," Shen said as he sipped green tea on the patio outside his office. "And it smells much better."

Shen is in the vanguard of a new approach to livestock management in a country that consumes half the planet's pork-and half its infection-fighting medicines. China's over-reliance on antibiotics in food production places the nation at heightened risk of spawning superbugs, genetically-evolved bacterial strains resistant to current medicines that experts fear could trigger a global health crisis.

Antibiotics have been routinely fed to livestock to prevent disease and spur growth in dozens of industrialized countries for decades. But in China, pig feed typically contains multiple types of bacteria-killing drugs that are used in far greater volumes, said Ying Guang-Guo, professor of environmental chemistry and ecotoxicology with the Chinese Academy of Sciences in the southern city of Guangzhou.

Marc Huon, a pig-management specialist in Belgium, was hired to redesign Shen's pigsty. The first priority, Huon said, was to give more space and better ventilation and to remove stress on the animals caused by temperature fluctuations. He also recommended a higher-protein diet based on a broader range of nutrients and the addition of supplements, including prebiotics to promote helpful intestinal bacteria.

Water piped into the temperature-controlled barn has been filtered and purified with charcoal, and heated and irradiated to remove pathogens. "The water our pigs drink is better than the tap water in Shanghai-much better," Shen said. These days, mortality is 5-to-6 percent-much less than the 15 percent to 16 percent average on neighboring piggeries, he said.

It takes Shen's pigs about eight months to reach the 250-300 pound (115-to-135 kilogram) target weight for slaughter. That's four to five weeks longer than pigs fed antibiotics and other growth promoters, according to Huon. The Belgian's nutrition plan emphasizes meat quality over weight gain. "It's just a copy and paste of what we are doing here,'' Huon said over the telephone from Belgium.