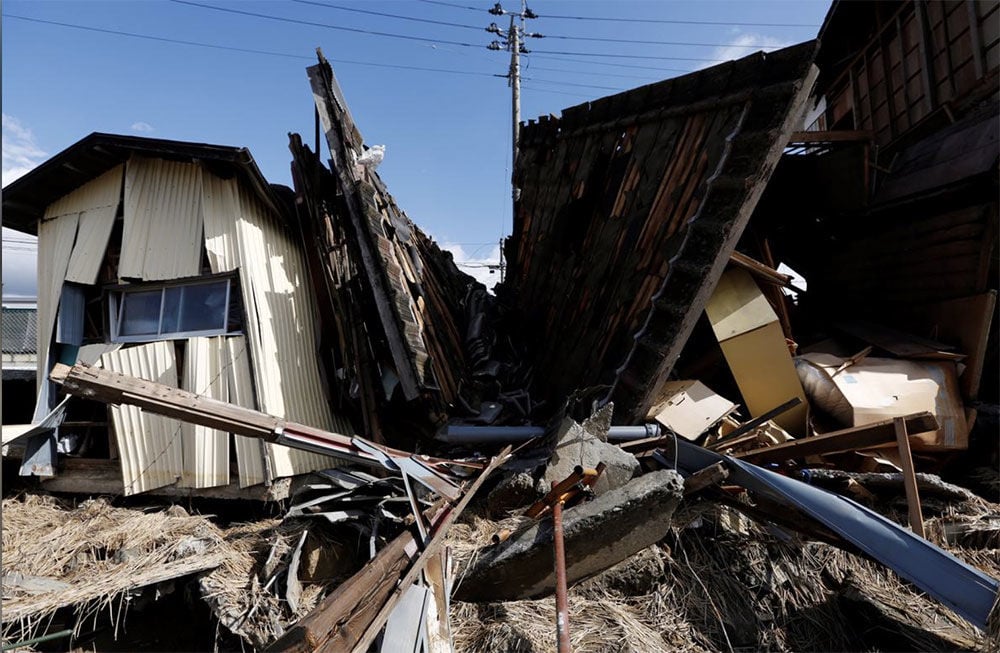 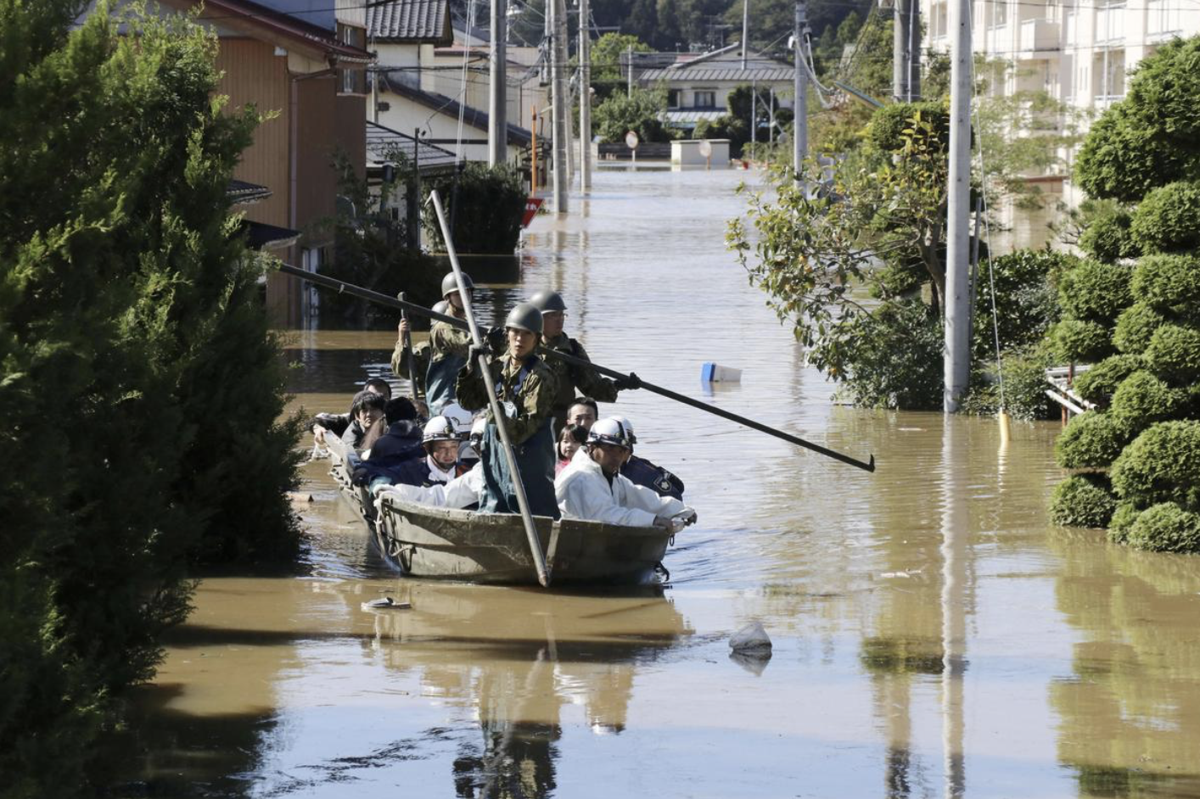 GETTING HELP: Local residents are rescued by Japanese Defence-Force soldiers from a flooded area caused by Typhoon Hagibis in Kakuda, Miyagi prefecture, Japan, Oct. 13 in this photo taken by Kyodo. Kyodo/via Reuters

GETTING HELP: Local residents are rescued by Japanese Defence-Force soldiers from a flooded area caused by Typhoon Hagibis in Kakuda, Miyagi prefecture, Japan, Oct. 13 in this photo taken by Kyodo. Kyodo/via Reuters

Less than two weeks after Supertyphoon Hagibis dumped more than 3 feet of rain on Japan and shattered the country's rainfall record, the archipelago nation faces the prospect of flooding again. Not one, but potentially two, drenching systems are set to affect the region, with the threat of gusty winds, landslides and dangerous flooding.

First up is Neoguri, formerly a Category 2-equivalent typhoon with 95 mph winds, currently paralleling Japan's southern coast. The storm has been downgraded and reclassified by the Japanese Meteorological Agency as an extratropical cyclone.

Still, Neoguri remains a potent system. The Joint Typhoon Warning Center estimates sustained 45 mph winds exist near the system's core, and it has already unloaded 3 to 7 inches of rain in southern Japan, according to weather.com.

Behind it is Bualoi, a typhoon just northeast of Guam with 120 mph winds. It is currently sideswiping the Northern Mariana Islands, where Tinian and Saipan are under typhoon warnings. However, they will likely see predominantly tropical storm-force winds.

Bualoi will likely strengthen into a supertyphoon. It's then slated to make a close shave along Japan's eastern prefectures by Thursday, having lost some of its strength.

The back-to-back storms could wreak havoc as Japan still recovers from Hagibis, which caused dozens of rivers to overflow and tens of thousands of homes to flood. The typhoon was blamed for at least 70 deaths.

Heavy rain from Neoguri was already falling Monday from Ise and Mikawa bays to the Izu Peninsula. A foot of rain in 24 hours is expected to cause flooding in Tokai, with potentially even greater amounts in the Akaishi Mountains triggering landslides and dangerous flash flooding.

Hakone, the mountainous town where Japan's record 24-hour rainfall occurred during Hagibis, is in line again for flooding rains. Three to 5 inches are possible there, with an outside shot at a few spots topping 8 inches. Slightly lesser amounts of 2 to 4 inches are likely in Tokyo and Chiba province, which will see Neoguri's most torrential bands through early Tuesday morning. Neoguri should continue to weaken as it exits northeastern Japan on Tuesday afternoon.

Winds gusting to 55 mph are possible. The Japanese Meteorological Agency has also posted high wave advisories for prefectures from Kagoshima in the south to Fukushima. Gale advisories also blanket the coast, while flood warnings are up in the Hida and Akaishi mountains.

From there, the attention shifts to Bualoi, which will approach Japan by Thursday. Early indications suggest that although the damaging winds associated with Bualoi should pass offshore, a tongue of moisture will lap at the coast with heavy rainfall potential. While a lot can change between now and then, there are reasons to believe that this could be a higher-end rainfall event and set the stage for more significant flooding.

A hybrid setup similar to a "predecessor rain event" will foster the development of heavy rain bands well ahead of the storm. A non-tropical wave of low pressure will develop to the west, reaching out and grabbing some of Bualoi's moisture.

It's too early to know where exactly those bands will set up, but the southeast coast of Japan has a decent chance at being the epicenter of significant flooding. Beneath the band, a widespread 4 to 8 inches are possible, with localized 12-inch totals in the mountainous terrain possible in the worst-case scenario.

The European model brings this band ashore, but the American (GFS) model predicts that Bualoi's deluges will largely spare the beleaguered nation and remain out to sea.

Behind that system's departure, cooler and drier weather builds in for the weekend.