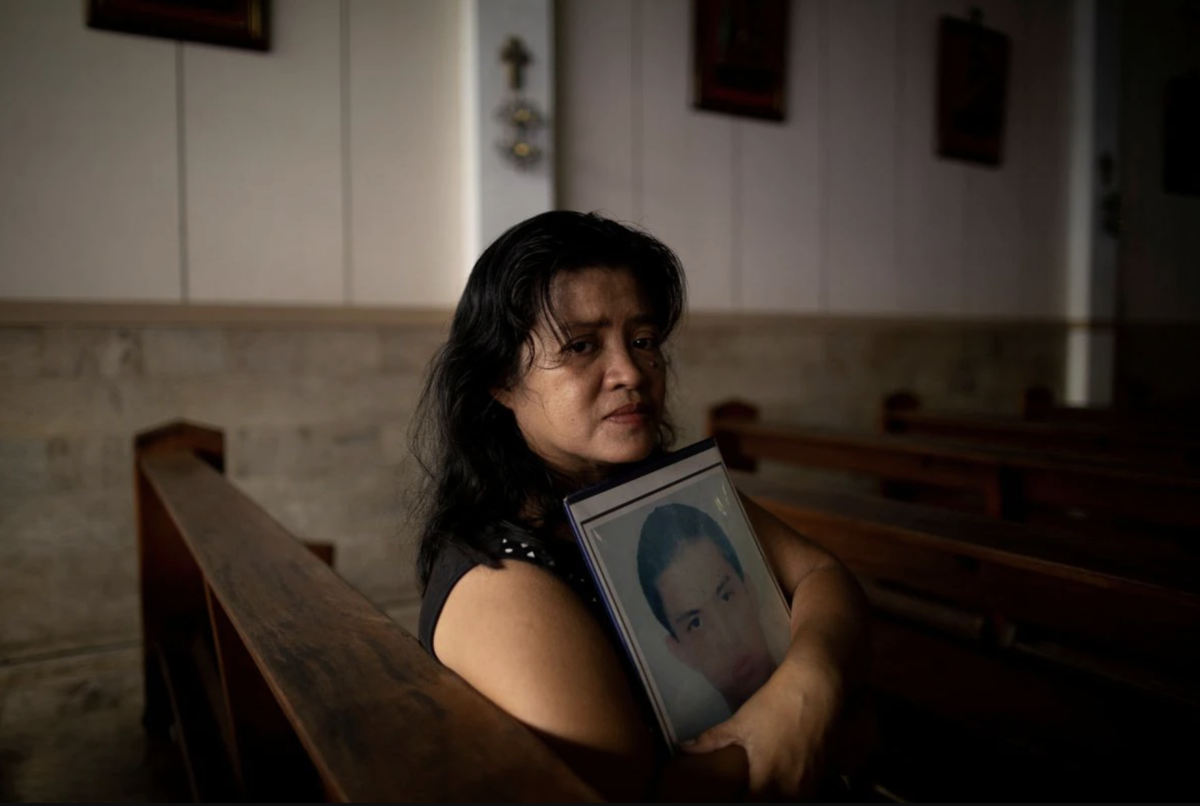 LOPEZ: Normita Lopez, 56, holds a portrait of her son, Djastin Lopez, in a church nearby her home in Manila, Philippines, on June 15, 2021. Lopez, whose son was a victim of the Philippines' bloody narcotics campaign, is among the many International Criminal Court complainants calling for President Rodrigo Duterte's international indictment over thousands of alleged extrajudicial killings. Eloisa Lopez/Reuters 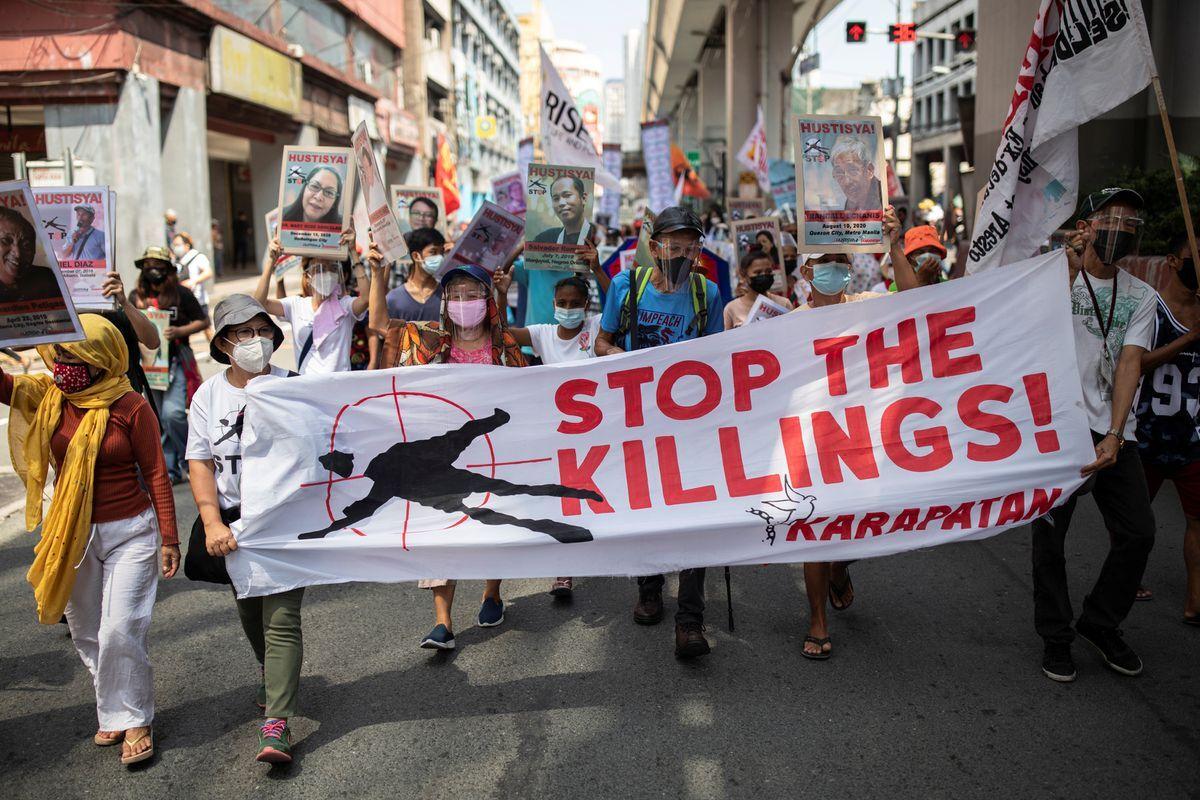 LOPEZ: Normita Lopez, 56, holds a portrait of her son, Djastin Lopez, in a church nearby her home in Manila, Philippines, on June 15, 2021. Lopez, whose son was a victim of the Philippines' bloody narcotics campaign, is among the many International Criminal Court complainants calling for President Rodrigo Duterte's international indictment over thousands of alleged extrajudicial killings. Eloisa Lopez/Reuters

MANILA — Relatives of people killed in the Philippines' war on drugs have accused the government of attempting to evade accountability by asking the International Criminal Court to defer its investigation.

The ICC, which in September approved an investigation into President Rodrigo Duterte's war on drugs in which thousands of people have died, on Saturday temporarily suspended the probe at Manila's request.

"I am gripped by anger. I almost threw my cellphone when I read the news," said Normita Lopez, 57, whose son died in the anti-drugs campaign, her voice cracking with emotion.

"They are obviously scared of being investigated," she said.

The government, which previously refused to cooperate with the ICC, told the court on Nov. 10, that its legal system was more than capable of addressing suspected rights abuses.

"The Court may only exercise jurisdiction where national legal systems fail to do so, which is certainly not the case in the Philippines," its letter to the ICC said.

Governments can ask the ICC to defer a case if they are implementing their own investigations. A few weeks after ICC judges approved its probe, the Philippines said it had reviewed 50 cases that indicated foul play.

Still, Kristina Conti, who represents Lopez and other relatives of victims, expects the ICC to resume its probe.

"Our bet is that the ICC will determine the investigation is not genuine," Conti told Reuters.

Philippine Justice Secretary Menardo Guevarra said he had encouraged the victims' families to file complaints directly with the ministry and make use of a witness protection program.

The release of details of the 50 drug war deaths marked a rare admission by the state that abuses may have taken place.

"Why is the government only doing this now? Is it because they were rattled by the ICC?" asked Llore Pasco, 67, whose two sons were killed in the crackdown. "They should have started investigating soon as the killings began in 2016."

Since Duterte unleashed his drugs war, security forces say more than 6,000 suspected drug dealers have been killed because they fought back violently. Rights groups say authorities summarily executed them.

Among those killed was high-school student Kian delos Santos, whose death in 2017 led to the first convictions of police officers in the drug war, and featured in a report by a former ICC prosecutor.